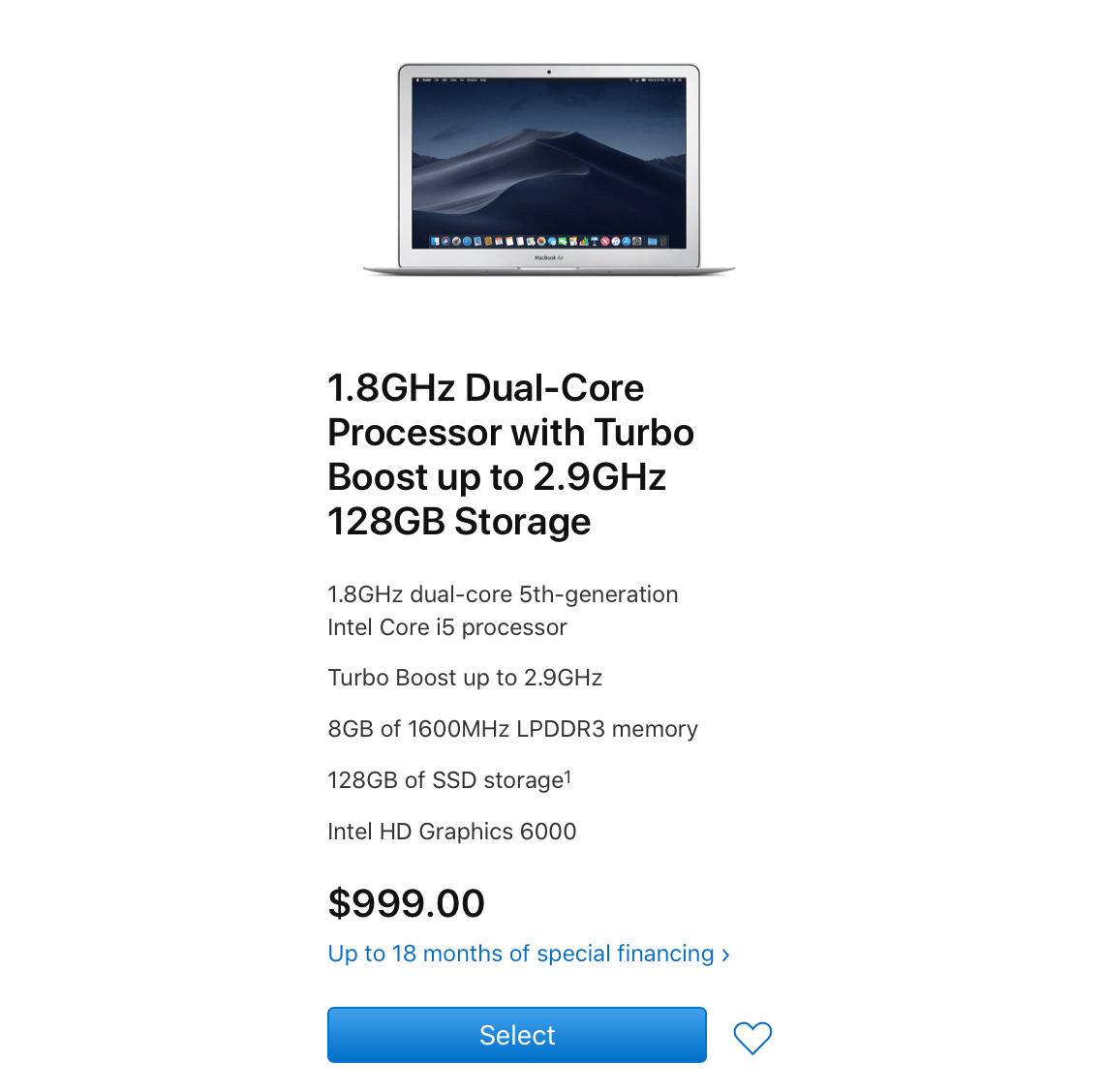 Apple this morning announced the long-awaited update to the MacBook Air. It has just about everything users have been asking for—a Retina display, upgraded internals and a smaller footprint—but it all comes at a price. The new Air starts $1,199. The good news, though, is that it looks like Apple has decided to keep the previous-gen MacBook Air around at $999.

It didn’t receive an update today or anything. It’s still using the 5th-generation Intel Core i5 processor, with the older ports and the non-Force Touch trackpad. But for folks who don’t care about having the latest specs and tech, or those with a budget in the neighborhood of $1,000, the previous MacBook Air still makes for a compelling purchase option. 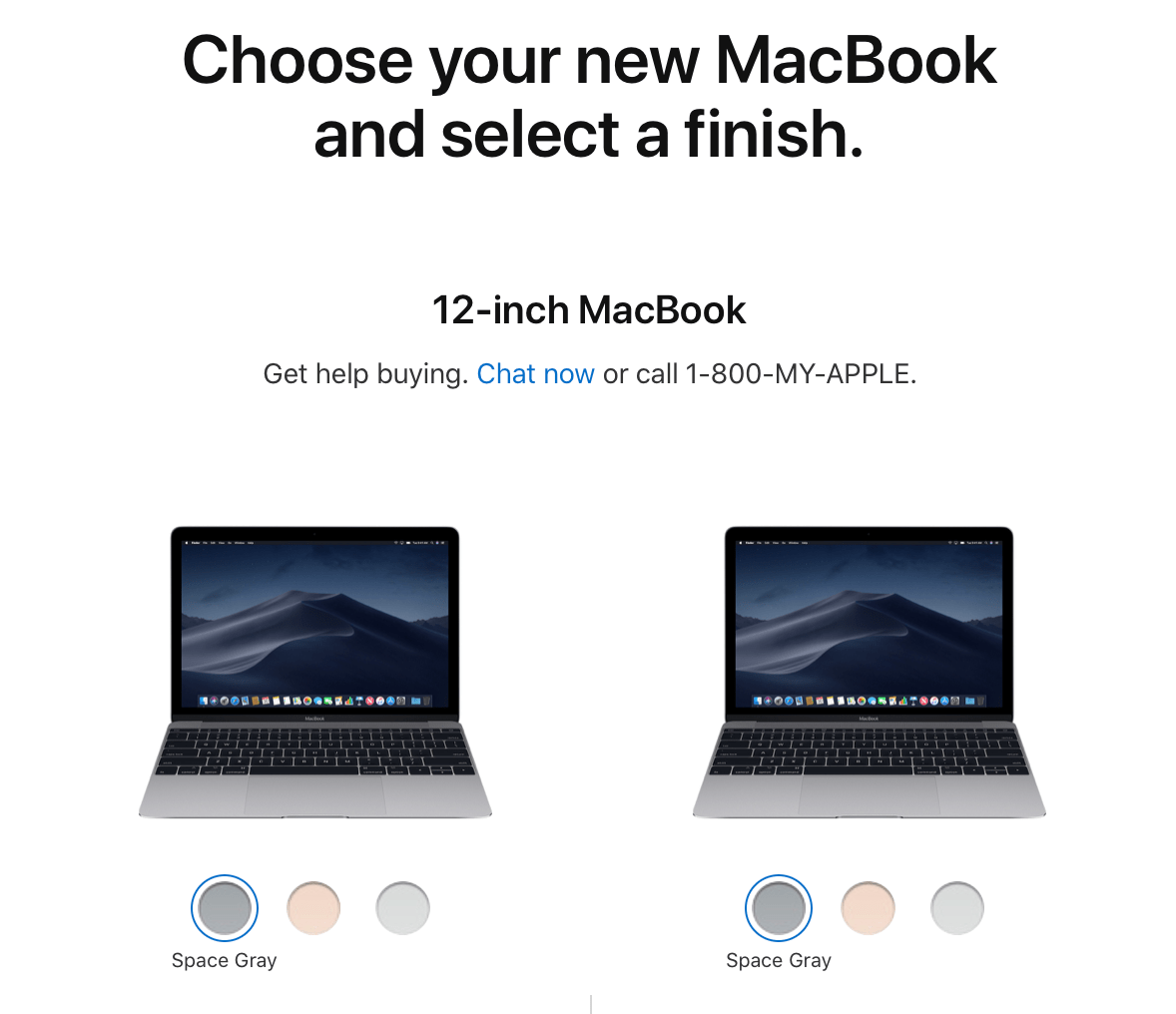 Another move that kind of flew under the radar today is that Apple has quietly discontinued the Rose Gold colorway of the 12-inch Retina MacBook. The model itself is still available, in Gold Space Gray and Silver, but the RG color is not. As you can imagine, users are beginning to question the line’s future given the updates to the MacBook Air and Pro this year.