It’s only been about a week since iOS hacker Pwn20wnd first launched the unc0ver jailbreak tool for iOS 11.0-11.4 beta 3; nevertheless, it has already received a bevy of incremental updates from RC1 to RC9.

As of Saturday afternoon, however, it appears we’re officially out of the beta-esque RC stages. Pwn20wned officially launched what’s being dubbed unc0ver V1, and it apparently ties up many of the tool’s known loose ends. 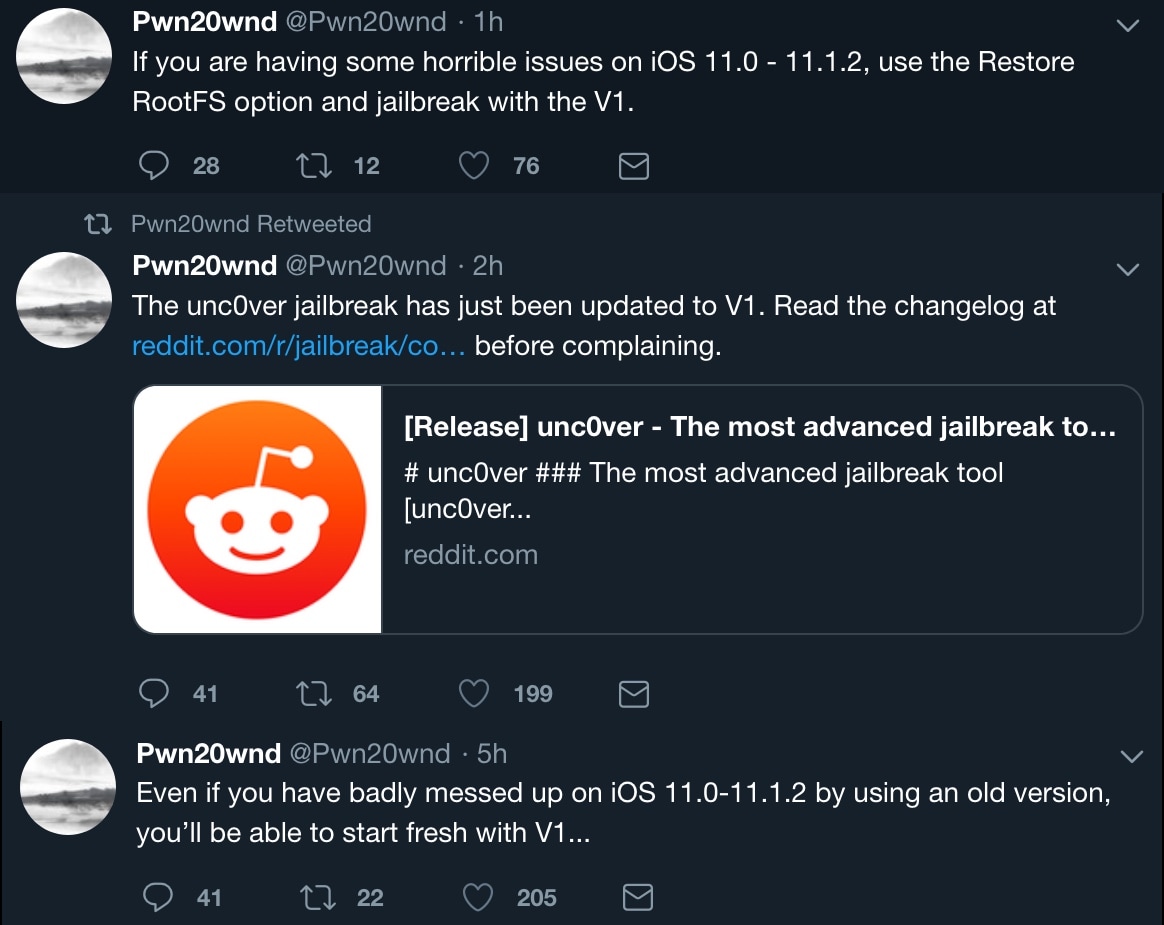 Anyone having problems with an earlier version of unc0ver is advised to use the RootFS Restore feature in the jailbreak app and then re-jailbreak with V1 of the tool. As Pwn20wnd explains, this should resolve most, if not all issues reported with the jailbreak.

If you’re currently using an older version of the unc0ver jailbreak on your handset, then you’re advised to download V1 from Pwn20wnd’s official Github repository at your earliest convenience to utilize its latest improvements.

Have you grabbed the V1 release of unc0ver yet? Share your results with the updated tool in the comments section below.