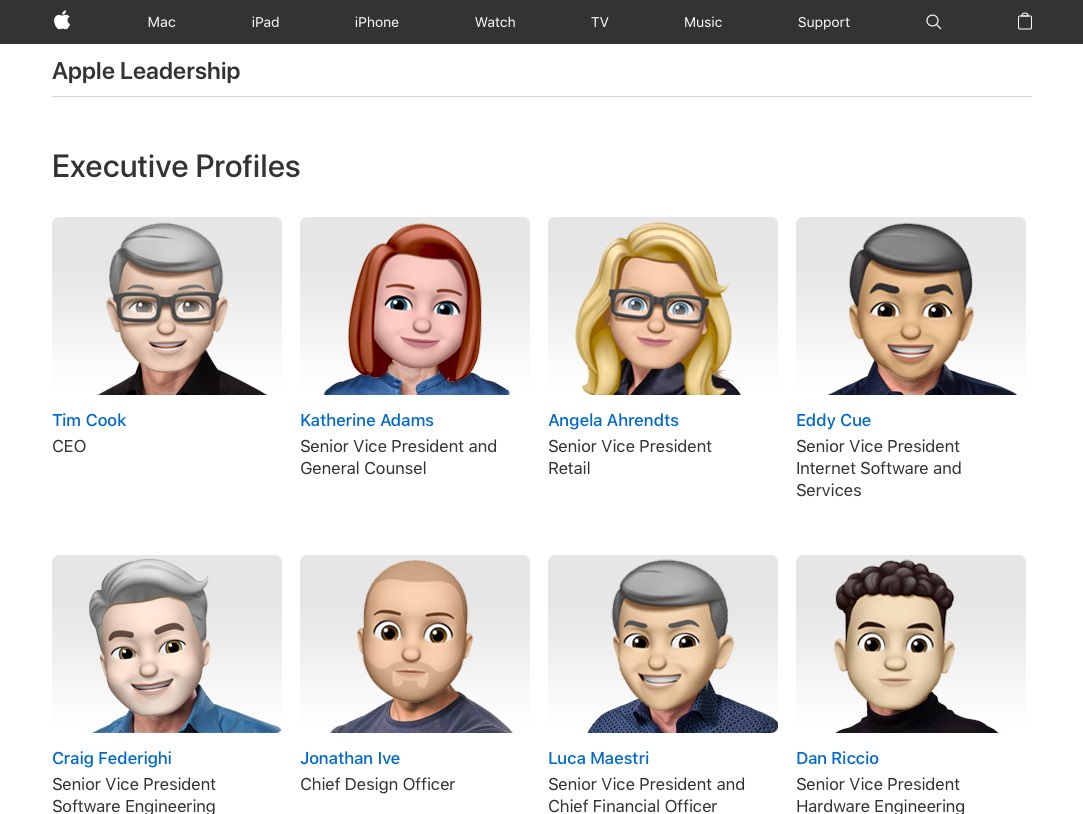 Memoji, one of the headline new features of iOS 12, is at the heart of an amusing overhaul of Apple’s Leadership webpage, with a custom three-dimensional Animoji character overlaid on top of the headshot of each key executive listed on the page.

Memoji, a new feature in iOS 12, lets iPhone X owners create their own avatar by choosing from a wide array of options, shapes and templates, including skin and hair color, haircut, eyebrows, nose, headwear, jewelry and other accessories, plus much more.

Ahead of today’s World Emoji Day, the Cupertino firm yesterday previewed more than 70 new emoji characters that are coming to iPhone, iPad, Apple Watch and Mac later this year.

TUTORIAL: How to convert Animoji to the animated GIF format

iOS 12 expands the Animoji set further with a tiger, ghost, koala and T-rex.

The new designs include even more hair options to better represent people with red hair, grey hair and curly hair, a new emoji for bald people and new smiley faces that bring more expression to Messages with a cold face, party face, pleading face and a face with hearts.

These new emoji looks are based on the approved characters in Unicode 11.0.