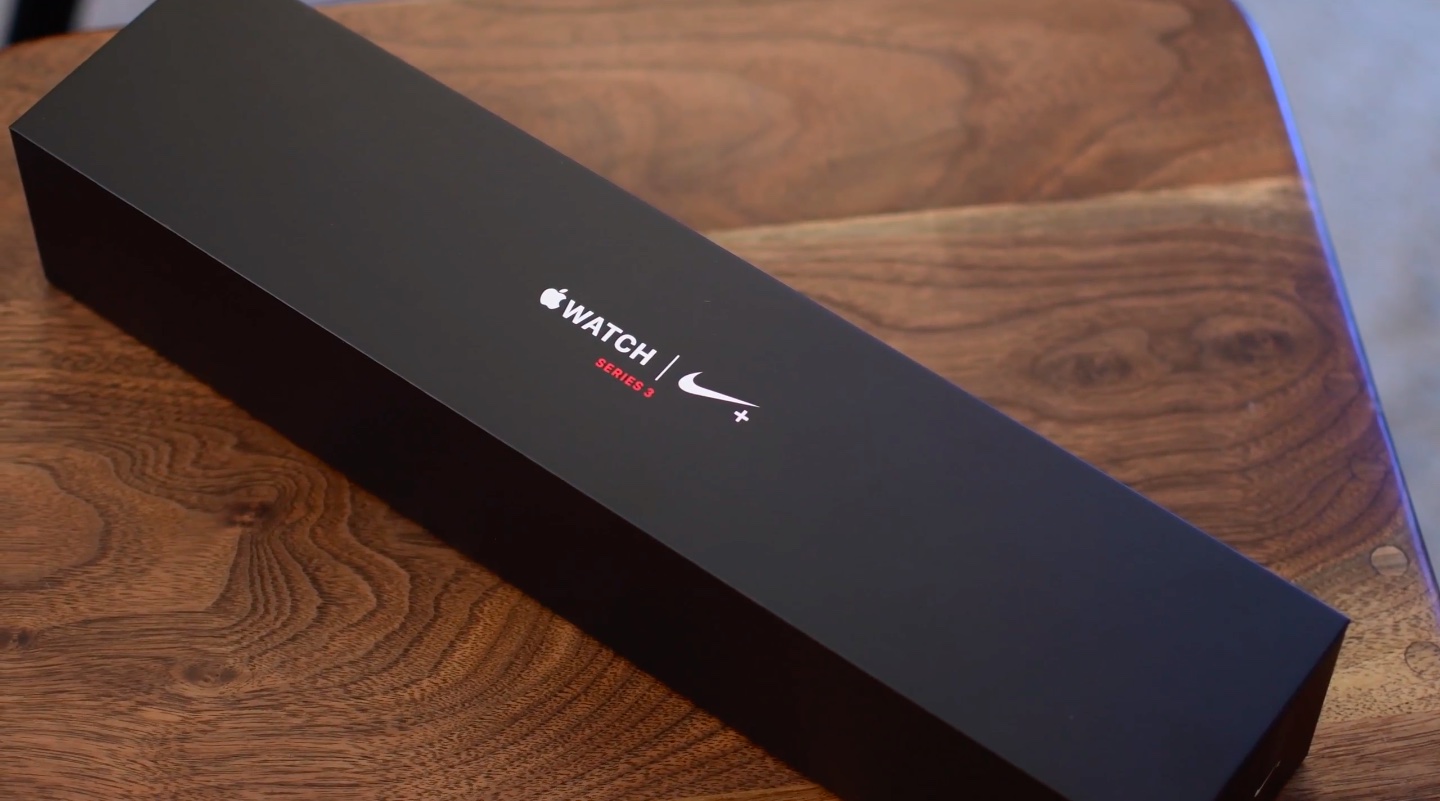 Legacy Apple Watch apps built with outdated watchOS SDKs produce a warning when launched in watchOS 4.3.1. On watchOS 5 and later, legacy apps refuse to open at all.

Apple wants you to remove any legacy apps from your device because they were built with old watchOS SDKs which don’t take advantage of the latest hardware and software.

In November 2017, Apple gave a heads-up that it’d stop accepting updates to watchOS 1 apps. “This app will not work with future versions of watchOS,” read the warning on watchOS 4.3.1. 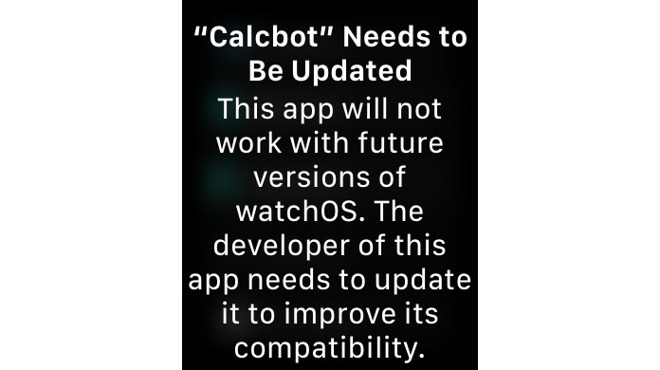 A warning upon opening a legacy Apple Watch app on watchOS 4.3.1

Here’s how you can identify any apps on your watch that haven’t been been built with the watchOS 4+ SDK in order to ensure they run properly on the watchOS 5+ software.

To see if you have any legacy Apple Watch apps installed, do the following:

1) Open the companion Watch app on your paired iPhone.

2) Tap the My Watch tab at the bottom.

3) Now scroll all the way to the bottom of the list of available apps. 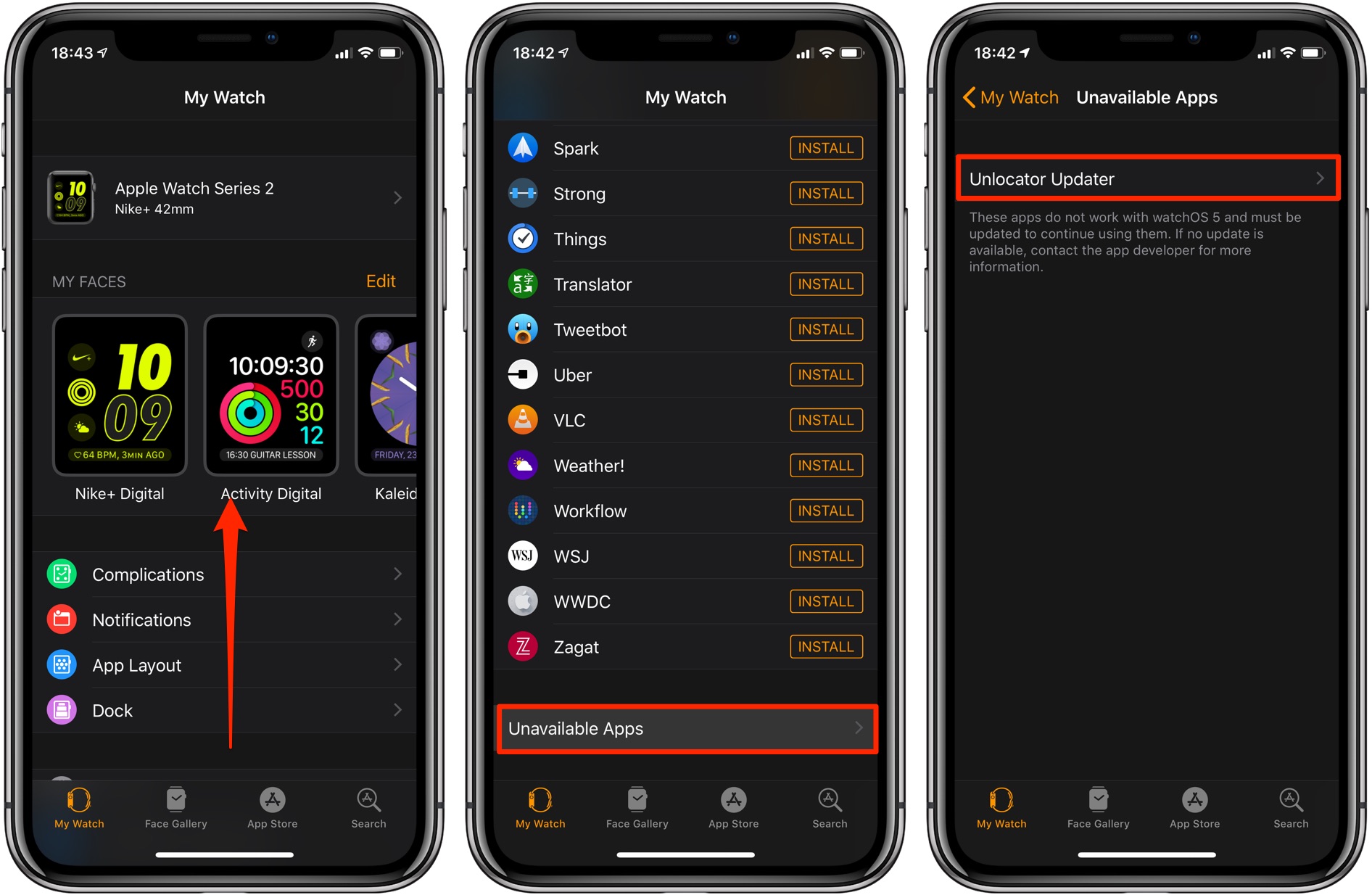 4) If some of the apps installed or available to install on your watch are outdated, you’ll see the entry labeled Unavailable Apps. Tap it to proceed. 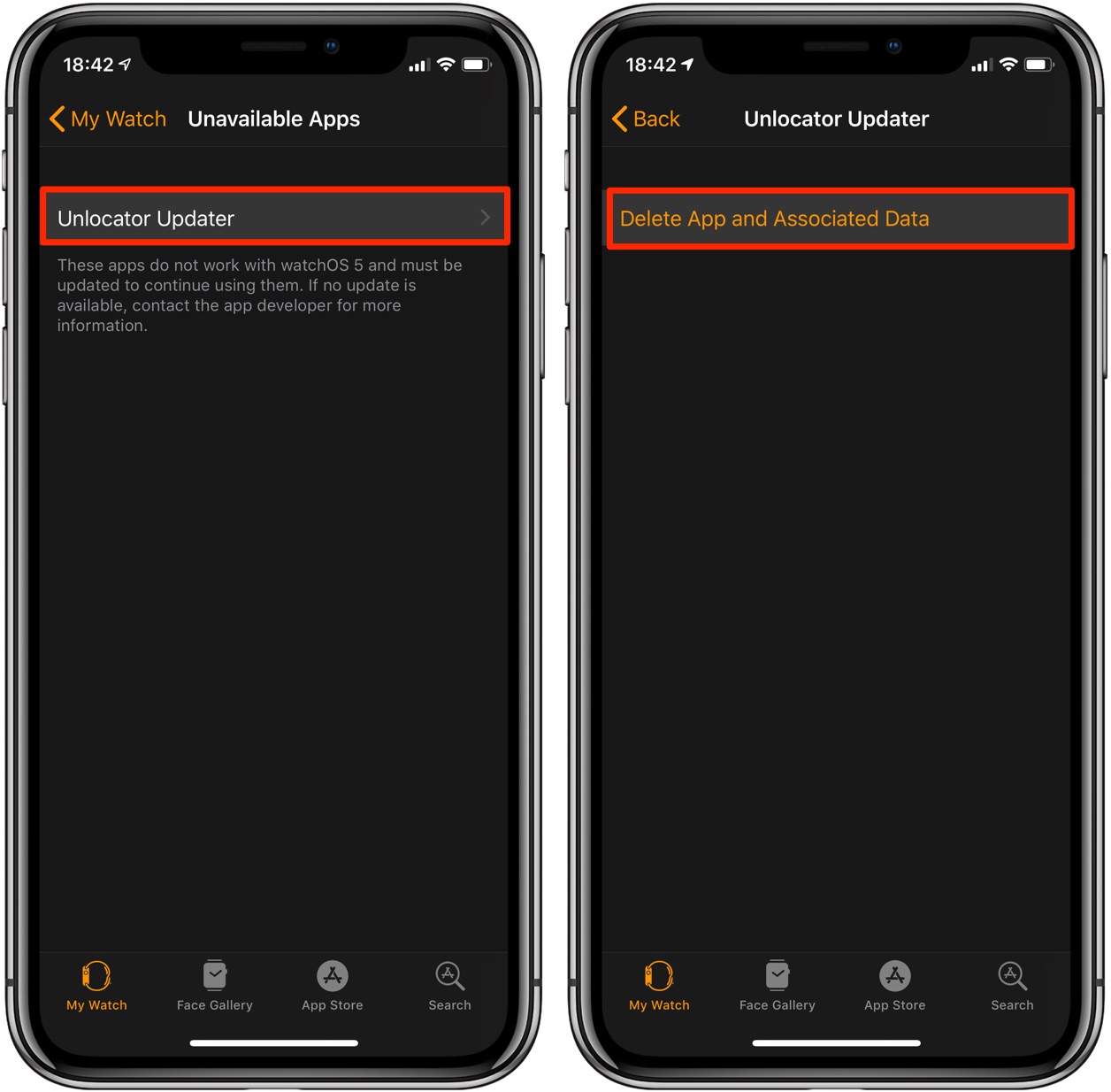 Any legacy Apple Watch apps built with the watchOS 1, 2 or 3 SDK are listed here

5) Choose an unsupported app from the list, then tap it.

6) From there, tap the option Delete App & Associate Data to do just that.

And that’s how you identify any deprecated or legacy Apple Watch apps that you can now safely remove from the wearable device to free up storage space and improve performance.

“These apps don’t work with watchOS 5 and must be updated to continue using them,” reads Apple’s description. “If no update is available, contact the app developer for more information.”

You could follow Apple’s advice and reach out to the app’s developer to ask them if they plan on releasing a compatibility update anytime soon. Some apps won’t be updated at all, however.

TUTORIAL: How to identify legacy apps on iPhone and iPad