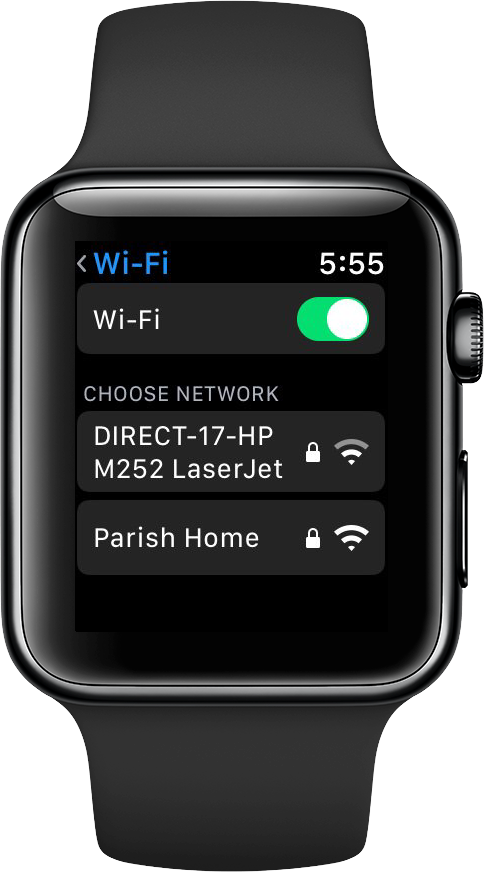 Apple Watch isn’t a fully standalone device (yet), but Apple’s been working to reduce dependency on iPhone since its inception, and joining Wi-Fi networks is a good example of that. In watchOS 5, you can manually connect to a nearby Wi-Fi network directly from the wrist, even if the selected network is password-protected.

The ability to choose Wi-Fi networks from your wrist, no iPhone needed whatsoever, was first added to Apple Watch with the September 2018 release of the watchOS 5 software update.

All models work on 2.4GHz 802.11b/g/n Wi-Fi networks but no watches support the faster 5GHz standard. If your router is dual band, connect the watch to your 2.4GHz network.

About Apple Watch and Wi-Fi

With watchOS 5 and up, you can manually join Wi-Fi networks.

Any Wi-Fi networks your iPhone has previously joined continue to be shared with the watch, too. With watchOS 5, your watch maintains its own list of know Wi-Fi SSIDs and saved passwords that doesn’t get shared with its paired iPhone.

The watchOS software still attempts to prioritize known networks: if you have previously joined a Wi-Fi network on your iPhone while the handset was connected to the watch with Bluetooth, watchOS will continue to use those saved credentials when switching its Wi-Fi connection.

Here’s how to manually join Wi-Fi networks on Apple Watch.

How to join Wi-Fi networks on Apple Watch

To manually join a Wi-Fi network on the watch, do the following:

1) Open the Settings app on your Apple Watch with watchOS 5 or newer.

3) Wait a few seconds until your Apple Watch has finished scanning nearby Wi-Fi networks, then tap one from the list and dismiss the explainer screen by tapping OK.

4) If the selected wireless network is password-protected, you’ll be prompted to type in the Wi-Fi password into your watch using the incredibly handy Scribble feature.

5) Tap Join in the upper-right corner to join the network or Cancel to abort the operation.

When the watch joins the selected network, the Wi-Fi icon in Control Center turns blue.

Much like iOS 11, the Wi-Fi and Bluetooth toggles in the watchOS Control Center don’t really shut down the wireless radios. Toggling Wi-Fi off from Control Center dims the icon and disconnects the device from any networks it’s connected to, but keeps the radios on to support Continuity features such as AirPlay, Handoff, Location Services and Instant Hotspot. 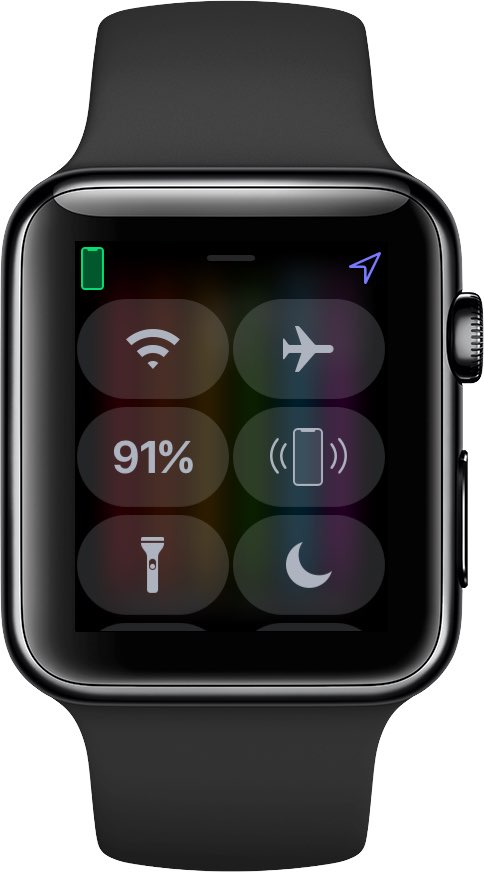 After you manually disconnect from a Wi-Fi network or toggle Wi-Fi off in Control Center, your Apple Watch won’t re-join it until you do one of the following things:

Apple says this change allows for a better user experience because people will stop wondering why AirDrop stopped working after disabling Wi-Fi from Control Center (the EFF disagrees). 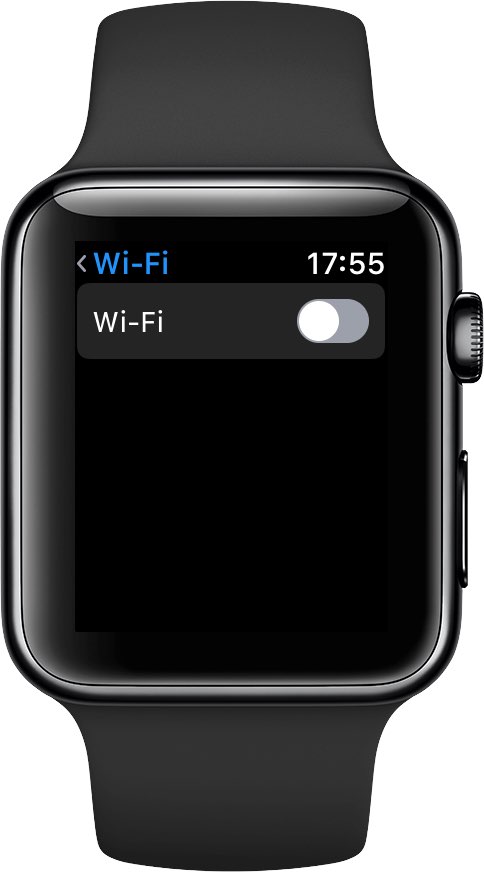 To fully disable the Wi-Fi radio and Continuity services, disable Wi-Fi via Settings

In order to permanently turn Wi-Fi off for all services and apps, as well as shut down the radios inside your Apple Watch completely to help converse power, you must venture into Settings → Wi-Fi on the watch and slide the Wi-Fi toggle to the OFF position.

TUTORIAL: How to fully disable Wi-Fi and Bluetooth on iPhone and iPad

Owners of cellular-enabled watches will find this feature very, very useful. At long last, you are able to connect the watch to a Wi-Fi network without having to fist join it on your iPhone.