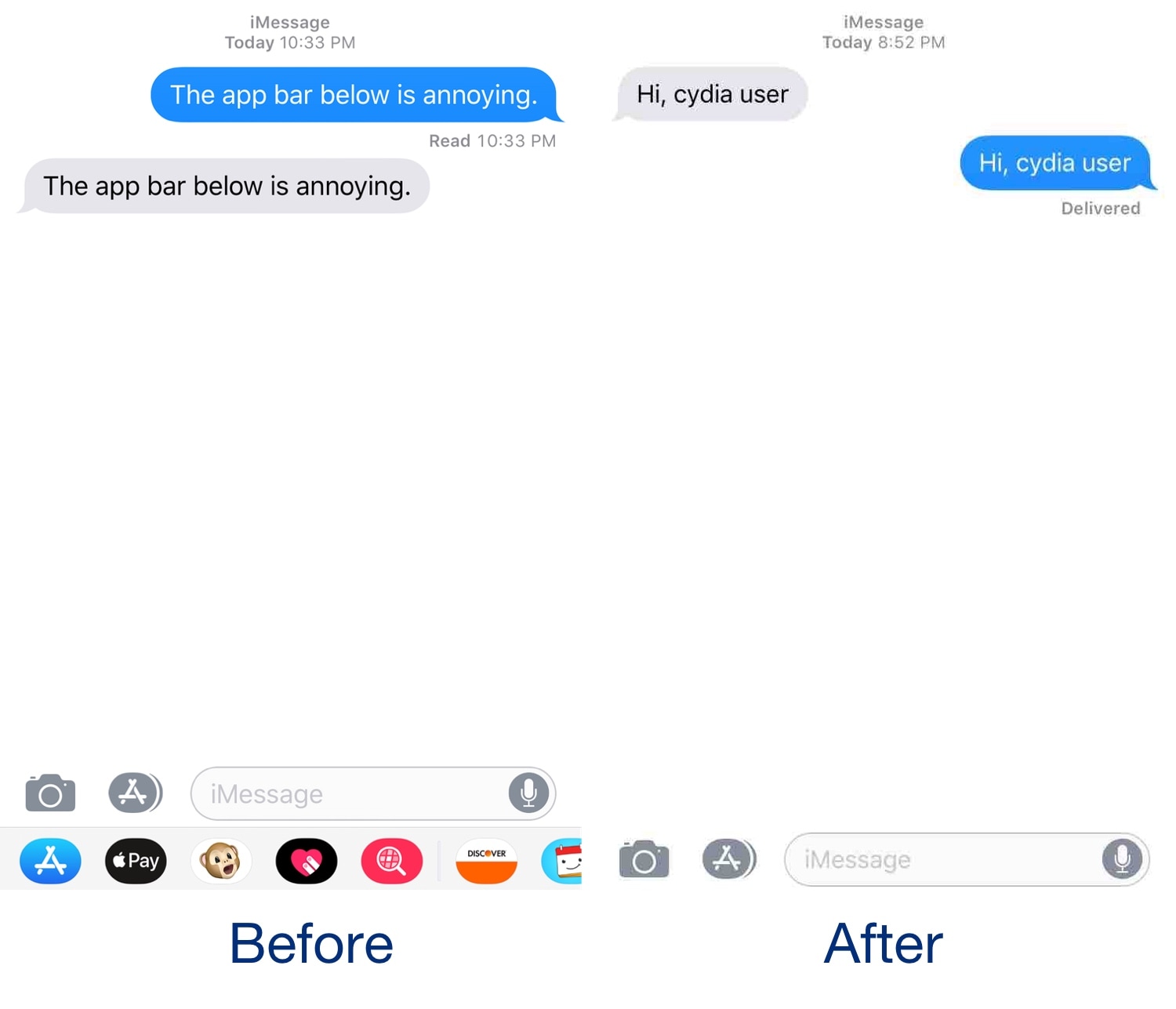 One of my most significant quarrels with iOS 11 is the app bar that appears at the bottom of the Messages app. I never use extensions while iMessaging friends and family, so it feels somewhat intrusive to me that Apple pushes the app bar down my throat in every conversation.

Anyone in agreeance may want to try a new free jailbreak tweak called NoMoreAppBar by iOS developer Reed Haffner. Just as the name implies, this tweak removes the app bar from the iOS 11 Messages app.

In the before and after screenshots above, you can see how the tweak influences the Messages app. With the app bar nixed from the interface, the app looks just like it did in previous iterations of Apple’s mobile operating system.

NoMoreAppBar doesn’t come with any options to configure, and it really doesn’t need any. The tweak accomplishes its goal right out of the box; therefore I couldn’t be happier with the result given my distaste for the app bar.

Obviously, this tweak is intended for people that never use iMessage extensions; those who do shouldn’t install this tweak, as it will prevent users from accessing them.

If you’d like to download NoMoreAppBar for yourself, then you can download it for free from Cydia’s BigBoss repository. The tweak only works with jailbroken devices running iOS 11.

Do you love or hate the stock app bar in the Messages app? Share your thoughts in the comments section below.