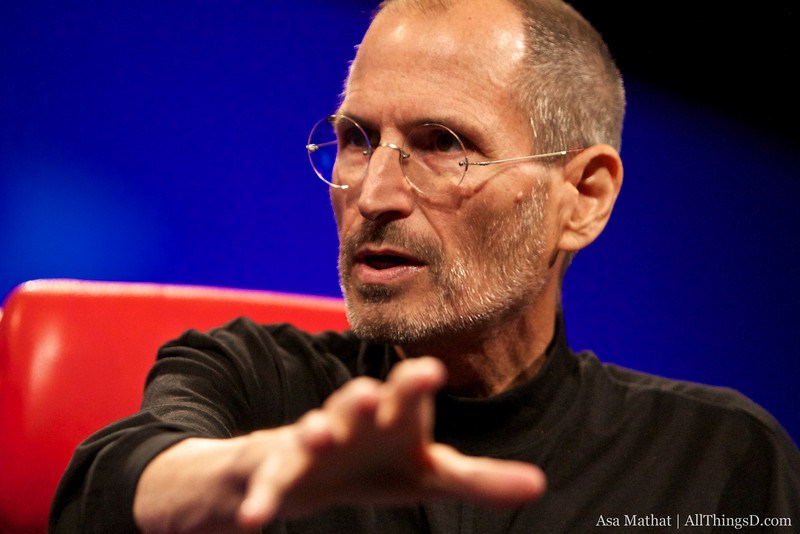 Steve Jobs was a man of many great quotes, and all of them good.

Just a quick refresher before we get to the video, Facebook has found itself embroiled in the biggest privacy breach since its inception when a researcher with data-mining political consultancy Cambridge Analytica collected data on millions of US-based Facebook users and their friends that was then used to target undecided voters and help elect Donald Trump.

This crucial behavioral data was obtained through a quiz app which successfully exploited Facebook’s rather broad app permissions. In light of this incredible privacy scandal that blew up in the past few days, here’s a segment from Steve’s talk at the 2010 D8 conference.

Here’s what Jobs said at D8:

Privacy means people know what they’re signing up for, in plain English, and repeatedly. I’m an optimist; I believe people are smart, and some people want to share more data than other people do. Ask them. Ask them every time.

Make them tell you to stop asking them if they get tired of your asking them. Let them know precisely what you’re going to do with their data.

This is incredibly prescient.

FBI Director James Comey should take a few minutes out of his schedule and watch this video.

Here’s what he said, according to Bloomberg:

I think that this certain situation is so dire and has become so large that probably some well-crafted regulation is necessary. The ability of anyone to know what you’ve been browsing about for years, who your contacts are, who their contacts are, things you like and dislike and every intimate detail of your life—from my own point of view it shouldn’t exist.

We’ve worried for a number of years that people in many countries were giving up data probably without knowing fully what they were doing and that these detailed profiles that were being built of them, that one day something would occur and people would be incredibly offended by what had been done without them being aware of it. Unfortunately that prediction has come true more than once.

Even WhatsApp co-founders have joined in a #DeleteFacebook campaign.

It is time. #deletefacebook

The United States Federal Trade Commission, along with at least two state attorney generals, launched a probe today into Facebook’s privacy practices. The stock immediately started to slide following the development. Regulators in the United Kingdom are also investigating if Facebook broke any laws, with the British Parliament event asking that Zuckerberg testify.

Large-scale polls in the United States and Germany show just how distrustful people have become when it comes to trusting Facebook with their data.

Conducted by Reuters/Ipsos, the poll found that well under half of US-based respondents trust Facebook to obey privacy laws, or just 41%, with 60% of Germans thinking that social networks like Facebook are negatively impacting their society and democracy in general.

Another poll by Axios found that Facebook lost an incredible 28 points on the favorability scale since October 2017, falling from a rating of 33 to 5.

In an effort to apologize for the privacy breach, Facebook ran full-page adverts in The Washington Post, The New York Times, The Wall Street Journal and six British papers.

Here’s the full text of the ad:

We have a responsibility to protect your information. If we can’t, we don’t deserve it.

You may have heard about a quiz app built by a university researcher that leaked Facebook data of millions of people in 2014. This was a breach of trust, and I’m sorry we didn’t do more at the time. We’re now taking steps to make sure this doesn’t happen again.

We’re also investigating every single app that had access to large amounts of data before we fixed this. We expect there are others. And when we find them, we will ban them and tell everyone affected.

Finally, we’ll remind you of which apps you’ve given access to your information — so you can shut off the ones you don’t want anymore.

Thank you for believing in this community. I promise to do better for you.

By the way, Mark Zuckerberg was in the audience when Jobs was being interviewed at D8.

As a matter of fact, the Facebook CEO himself was interviewed on stage at the same event. It still pains me to watch his disastrous performance again, especially seeing him sweating constantly when cornered by Mossberg and Swisher on Facebook’s privacy controls.

If you aren’t familiar with Zuck’s D8 talk, the video embedded below shows him stumbling nervously over the same simple question Walt Mossberg asked Jobs: “What is privacy?”

You could of course argue that privacy is the key differentiator that separates Apple from Google, iOS from Android, but there’s more to that than meets the eye. Apple’s uncompromising stance on privacy stems from its business model that revolves mostly around selling hardware.

Google, on the other hand, built a fortune by monetizing users through advertising.

Apple collects a fraction of data on users compared to Google, and does so using differential privacy techniques that promise to deliver rich insights into large sets of data without revealing or allowing identities of individual people to be inferred from data sets.

What are your feelings on Jobs’ D8 talk? Where do you stand on the subject of online privacy in general? What are your thoughts on the latest Facebook controversy?

I can’t wait to hear your thoughts in the comments section!