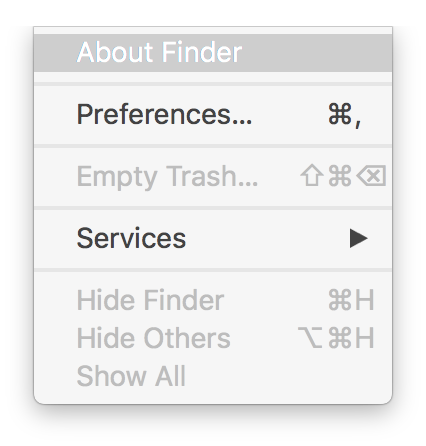 Sometimes when grabbing screenshots on your Mac you want to focus on capturing a particular portion of the macOS user interface, such as a menu.

You can, yes, just take a screenshot of the whole screen and crop out everything but the menu. Alternatively, take advantage of your Mac’s modifier keys to quickly capture any menu you like. In this step-by-step tutorial, we’re going to explore both of these options.

How to screenshot a menu on Mac

You can take a screenshot of any menu in any app on your Mac, with or without the menu title. This also works with windows in the Finder and most apps.

Screenshotting a menu and its title

You can screenshot a menu and its title in two ways:

Read on for the full description of both techniques.

You basically capture a screenshot of the whole screen and edit the image in your favorite editor.

1) Click the menu in an app to reveal its contents.

The screenshot is saved as a PNG image file on your desktop. 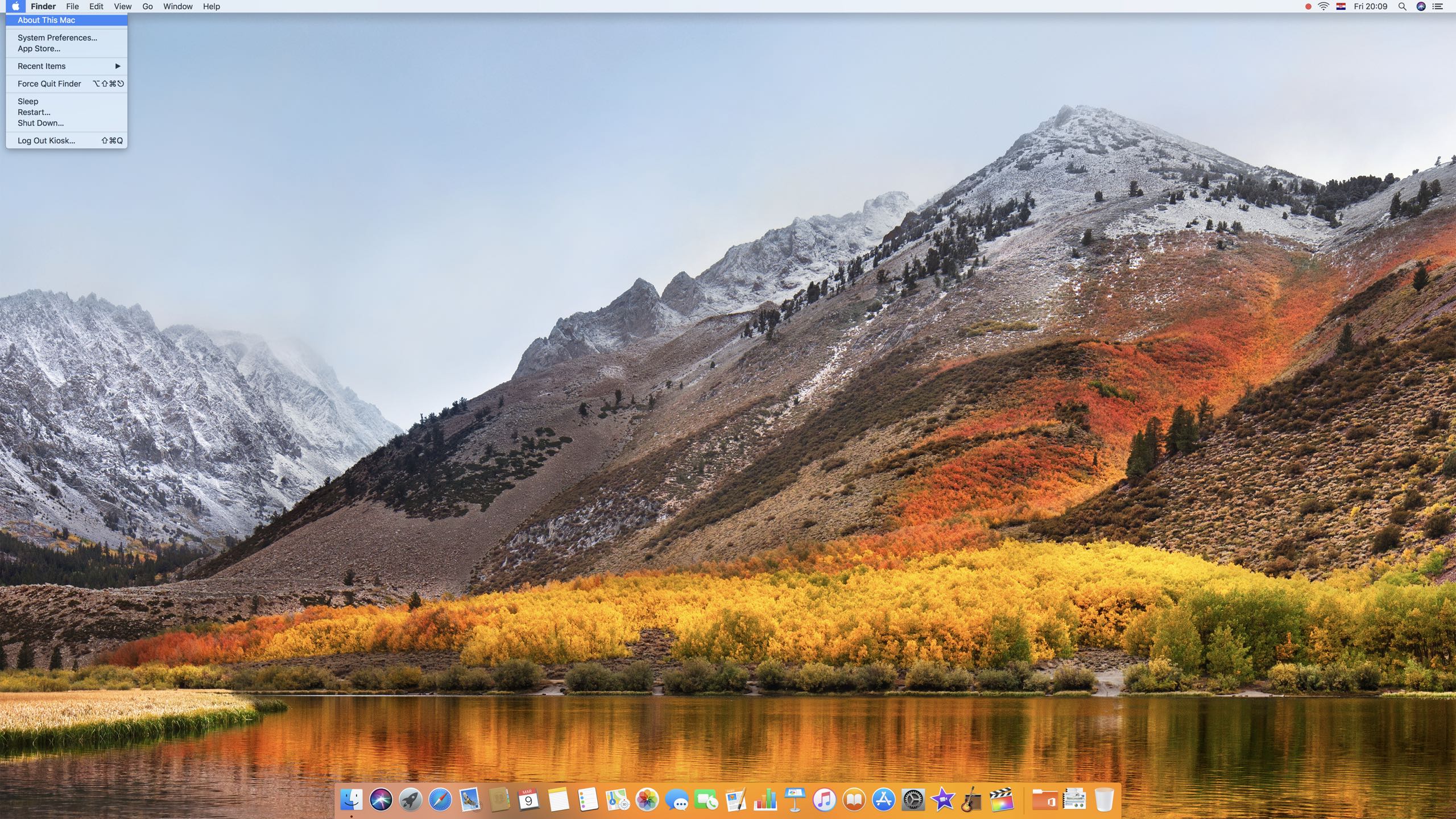 Double-click the file on the desktop to open it in Apple’s Preview app.

Alternatively, Control-click the file and choose your favorite image-editing application from the Open With submenu, like Pixelmator or Photoshop. To crop out unwanted parts, start dragging in Preview, then press Command (⌘)-K to crop out everything but the selection. 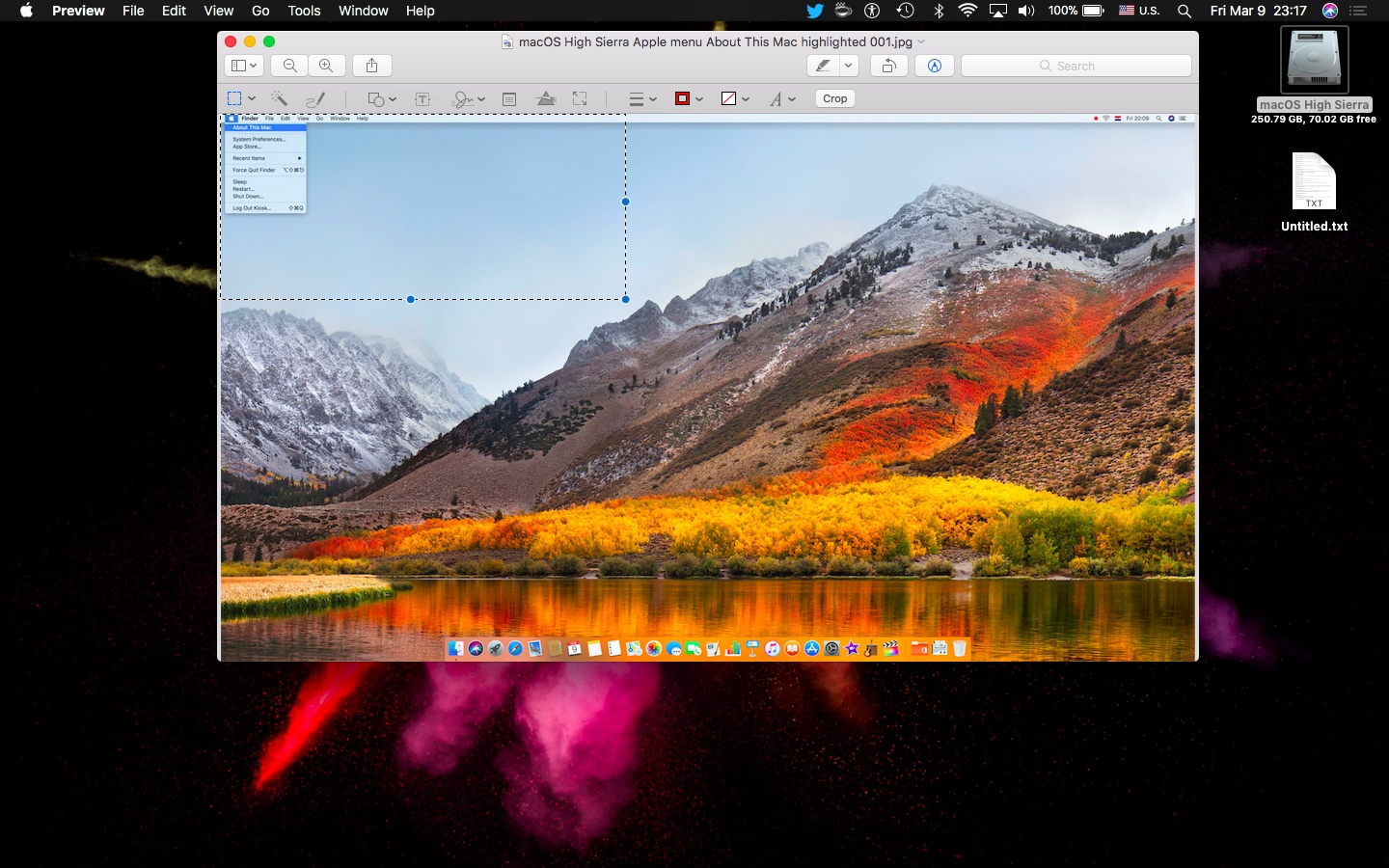 Cropping out our screenshot in Preview as shown on the image above results in the image you see embedded below. To save the changes, press Command-S (this command overwrites the original screenshot file). Alternatively, select Export from the File menu to save the image as a new file, choose a different format (JPEG, PDF, PNG, TIFF or OpenEXR) etc.

This is what I ended up with based on the cropping selection made in Preview.

Now the image focuses on the menu itself rather than other aspects of macOS. Opening a screenshot in Preview comes with another benefit: you can use macOS’s rich Markup capabilities (press the Command-Shift-A combo) to annotate it.

To avoid having to crop out unwanted parts from your screenshot using Preview or a third-party image editor, you can instead capture a selection screenshot:

1) Click the menu in your favorite app to reveal its contents.

3) The pointer changes to a crosshair. Hold the mouse or trackpad button, then start dragging to select the menu.

4) Release the mouse or trackpad button to screenshot the highlighted item. To cancel without taking a screenshot, press the Escape (⎋) key.

TIP: If you have misjudged the starting point of your selection, hold the Space bar key before releasing the mouse button to reposition the selection area or use other modifier keys to precisely adjust your selection.

Now, I must admit I usually avoid using the above methods for they require pixel-perfect precision to ensure that the selection area includes only menu graphics. This can be challenging due to the post-processing work required to mask out unwanted parts around the menu.

That’s because macOS menus have rounded corners and use the drop shadow effect and getting rid of shadows manually is a tremendously time-consuming task.

There’s a better way to screenshot the contents of a menu.

Screenshotting a menu without the title

Taking a screenshot of the contents of a menu without its title is ridiculously easy:

1) Click the menu in your favorite app to reveal its contents.

2) Move the pointer to highlight a desired menu item, if necessary.

3) Press Command (⌘)-Shift (⇧)-4 on the keyboard. You will notice that the pointer has changed to a crosshair.

5) Move the camera icon over a menu to highlight it, then click the mouse or trackpad button.

This method lets you grab a screenshot of any menu sans its title.

Here’s a screenshot of the Apple menu with the About This Mac option highlighted. 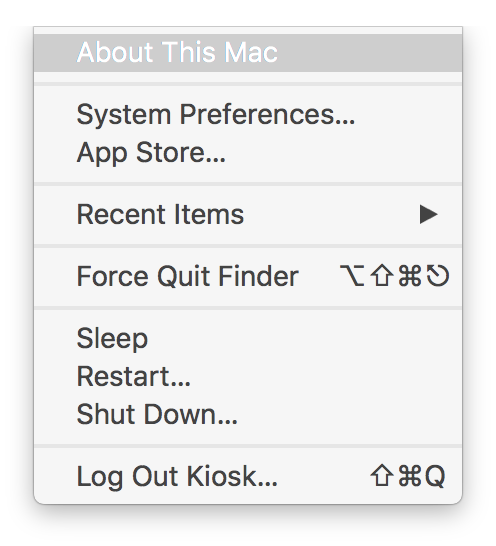 And this is the Finder’s View menu captured using the method described above. 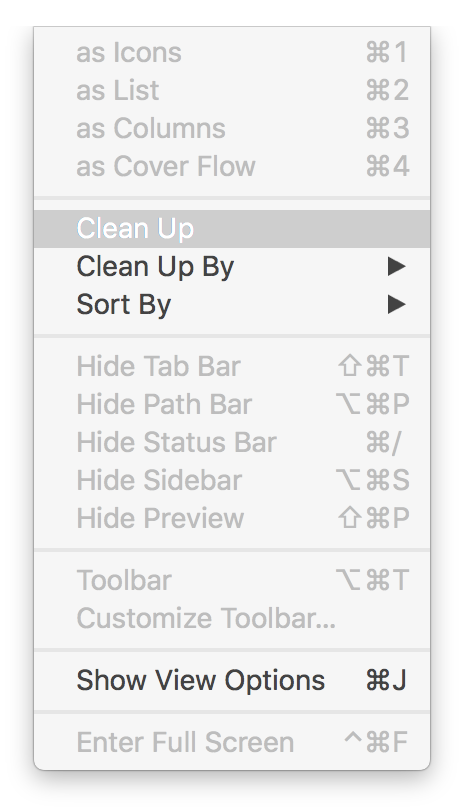 You can easily take a screenshot of any sub-menu as well. To do that, be sure to open a sub-menu you’d like to capture before pressing your screenshot key combination.

Here’s the Finder’s Arrange By sub-menu. 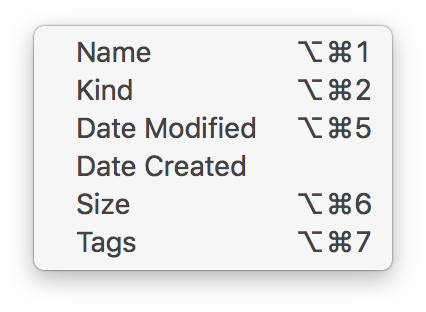 Holding the Space bar when screenshotting temporarily freeze user interactions. As a result, any highlighted menu item will be painted gray instead of macOS’s default blue highlight color.

Want to preserve macOS’s highlight color in screenshots of your menus? Be prepared to spend extra time cropping out unwanted parts because the Space bar trick, as mentioned, makes the highlight color gray. 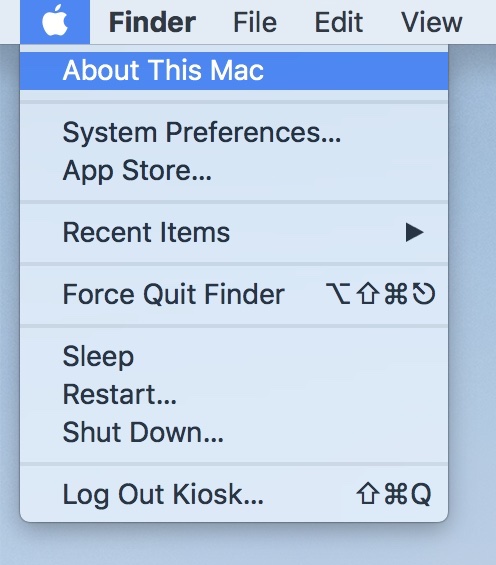 Otherwise, save yourself trouble and simply screenshot a menu without the title.

You can use certain modifier keys to remove the shadow effect from your screenshots, which is very handy, and do things like capture a screenshot directly in the system clipboard.

Removing the shadow effect from screenshots

Have you noticed how menu screenshots used earlier in this article have excess white space around them to accommodate macOS’s drop shadow effect? Shadows are nice in the context of interacting with a computer user interface. When used in articles, blog posts and elsewhere, the effect quickly becomes a distraction that should be avoided at all cost. 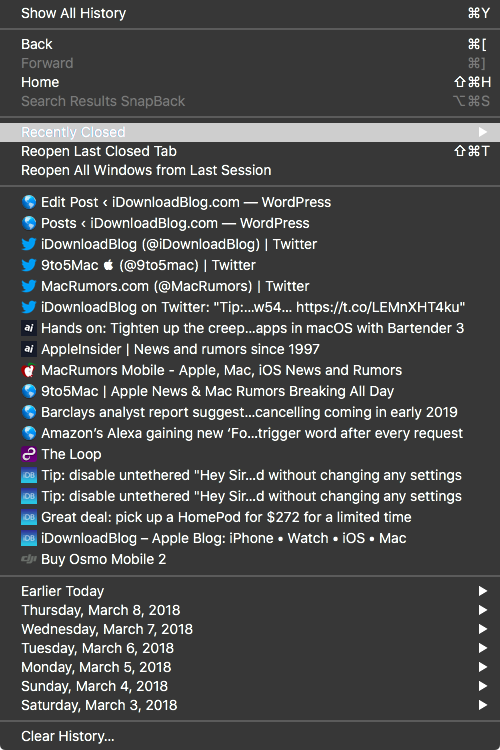 Screenshots of menus and windows can be taken with or without the shadow effect.

But macOS you covered with a handy modifier key.

To have your Mac eliminate the menu’s drop shadow effect from your screenshot, be sure to hold the Option (⌥) key before pressing the mouse or trackpad button.

Screenshotting directly to the system clipboard

You can have a screenshot saved directly in the system clipboard instead on your desktop by adding the Control key to your keyboard shortcut.

Form there, pasting the copied screenshot into another document is as easy as pressing the Command (⌘)-V shortcut or selecting the Paste command from an app’s View menu.

Bringing it all together

You can combine these shortcuts and screenshotting methods to boost your productivity. A typical example would include taking a screenshot of a menu without the drop shadow that gets sent to the system clipboard instead of being saved on the desktop.

And if your devices support Apple’s tremendously useful Universal Clipboard feature, you can screenshot something on your Mac and paste the image into a document on another Mac, iPhone or iPad like a boss, and vice versa.

With Universal Clipboard, you can copy and paste between devices

To copy and paste across devices, your devices must meet the minimum system requirements for Continuity features, have Wi-Fi, Bluetooth and Handoff turned on in System Preferences on macOS and Settings on iOS, as well as be signed in to iCloud with the same Apple ID.

As our final tip, use macOS’s stock Grab app if you need to capture timed screenshots.

Grab is located in your Applications folder

And that’s a wrap-up, boys and girls.

Have you stumbled upon a cool screenshotting tip we haven’t covered yet? If so, be sure to share any noteworthy findings with fellow readers in the comments section down below.