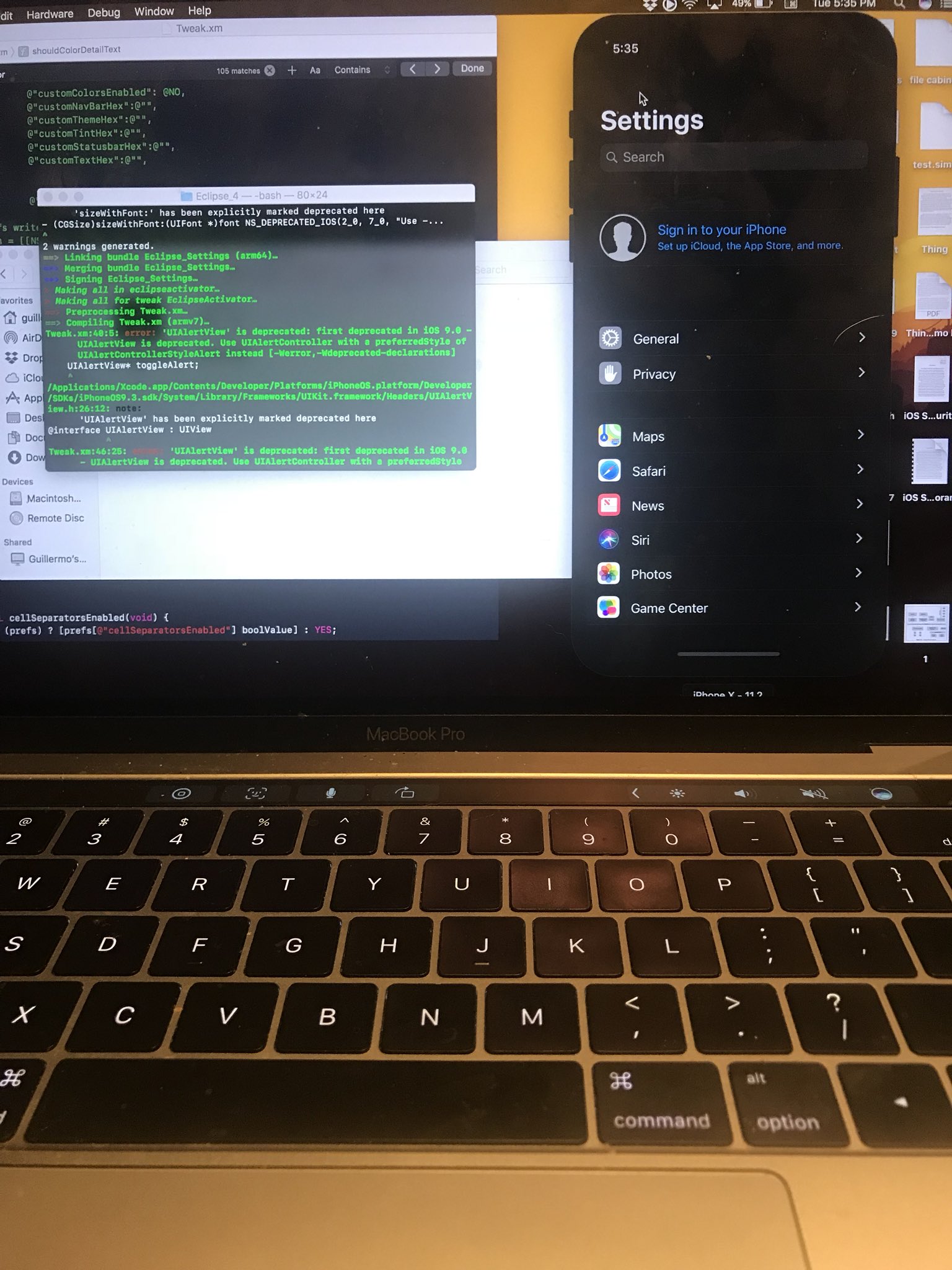 I’ve tested and used numerous jailbreak tweaks over the years, but one of my all-time favorites has been Eclipse by iOS developer Guillermo Morán (fr0st). For those who don’t already know, Eclipse provides a system-wide dark mode feature for iPhones and iPads.

Eclipse consistently receives updates with each jailbreak season, and as it would seem, iOS 11 won’t be any different. Morán took to his Twitter account this week to tease images of the next iteration of Eclipse, which he fittingly calls EclipseX. 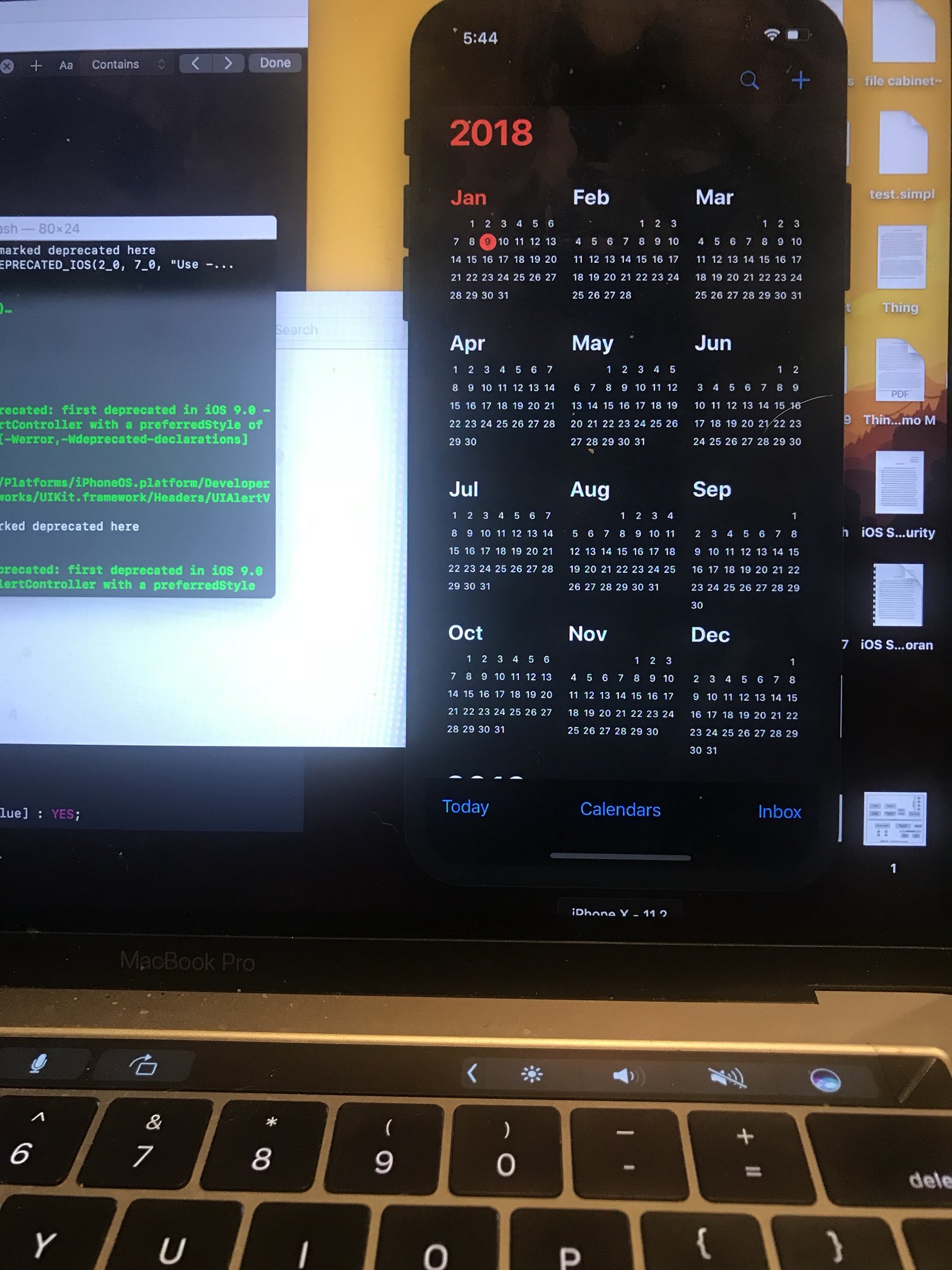 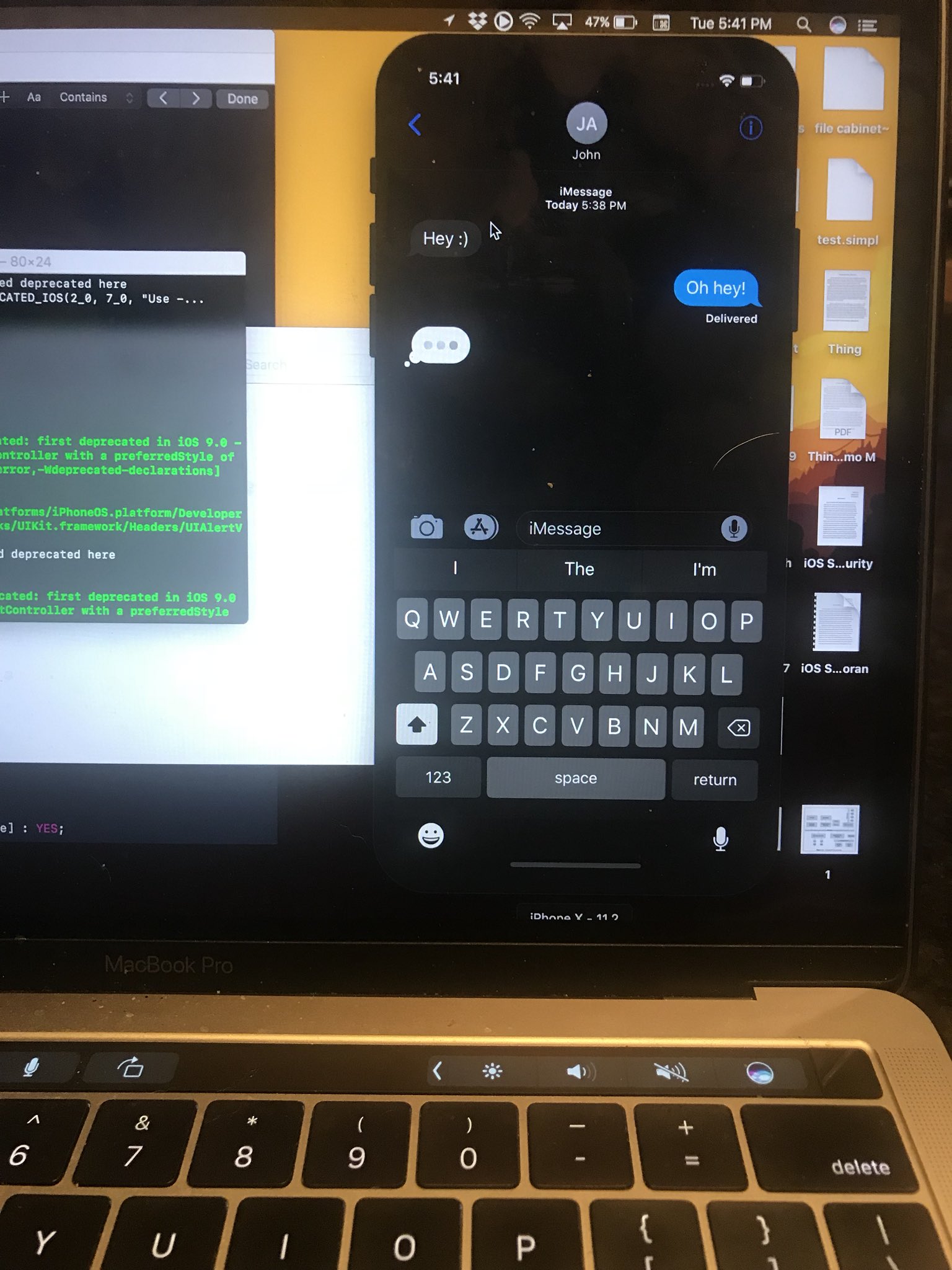 As you can probably deduce from the name and images already, EclipseX will work on Apple’s latest flagship device – the iPhone X. But more importantly, it will support iOS 11 whenever Saurik gets around to updating Cydia and Mobile Substrate.

A stock feature in iOS 11 called Smart Invert provides a comparable look and feel to Moran’s jailbreak tweak, but it’s not quite as refined for everyday dark mode usage as Eclipse is. That said, EclipseX will provide an elevated dark mode experience on all jailbroken iOS 11 devices that it gets installed on.

For the most part, Eclipse has been a novelty on most devices to date; people either installed it because they liked how it looked or they felt that the darker colors didn’t strain their eyes as much in low-light conditions. On the other hand, the entire game changes with the iPhone X.

Unlike traditional iPhones and iPads, the iPhone X uses an OLED display instead of an LCD display. Darker pixels consume less power on OLED displays than light pixels, and with that in mind, EclipseX’s system-wide dark mode should yield improved battery performance on the iPhone X (even if only slightly).

Given that Eclipse has been one of my favorite jailbreak tweaks of all time, I’m pumped about EclipseX. Do you feel the same way? Let us know in the comments section below.