Reddit users rejoice! Apollo is an astonishing new third-party client for iPhone and iPad developed by a former Apple engineer, and when you launch the app for the first time, you’ll recognize why we didn’t even have to tell you that.

The attention to detail in Apollo is stunning. Right down to the smallest details in the app’s user interface, Apollo meshes so well with the native iOS 11 user experience that you’d think Apple themselves made this app to ship with iOS 11 out of the box. 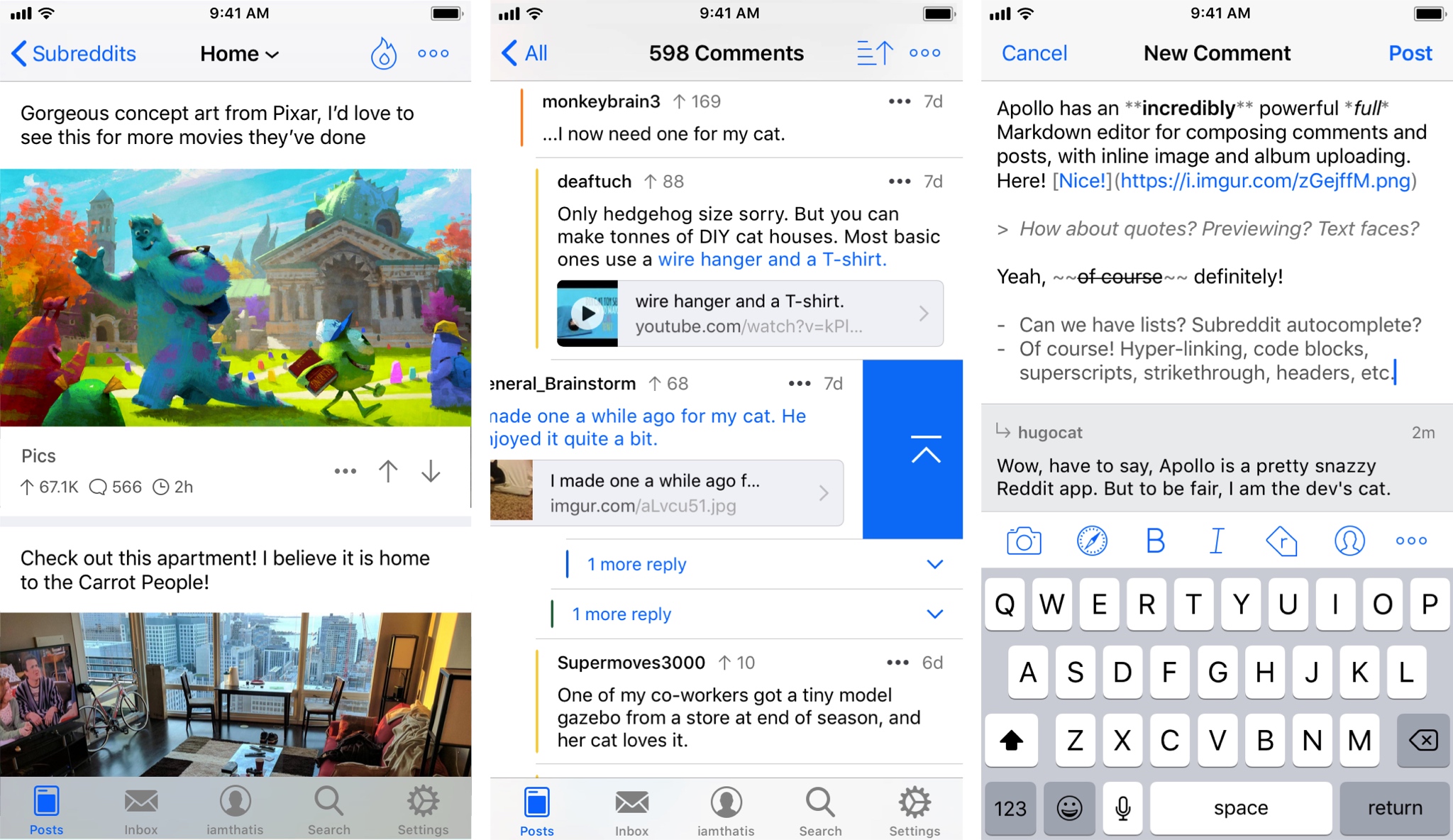 Apollo’s beauty isn’t just skin deep; even the app’s functionality is a step above the rest. With a fully customizable user interface and support for underlying gestures (like 3D Touch and swipe gestures), it’s instantaneously apparent that the app was made with love for hardcore Reddit users to appreciate.

In fact, developer Christian Selig notes how he has gathered data from Reddit users for years about the features they cared about most in a Reddit client. Armed with that knowledge, he began working on Apollo just a few years ago.

At first glance, the app is a free download from the App Store, but it includes an in-app purchase that unlocks all the best features of the app for $2.99. Free users are limited to uploading comments (not posts) and have fewer customization options available. Fortunately, there are no ads in Apollo whether you buy the in-app-purchase or not (so throw the man a cookie and buy it anyway, if you can).

Whether you’re a fan of light or dark interfaces, Apollo has you covered on both fronts, and can even schedule dark mode to enable or disable itself depending on the time of day it is (just like Night Shift). You can also choose between rich edge-to-edge posts or a more compact view that displays more information per square inch: 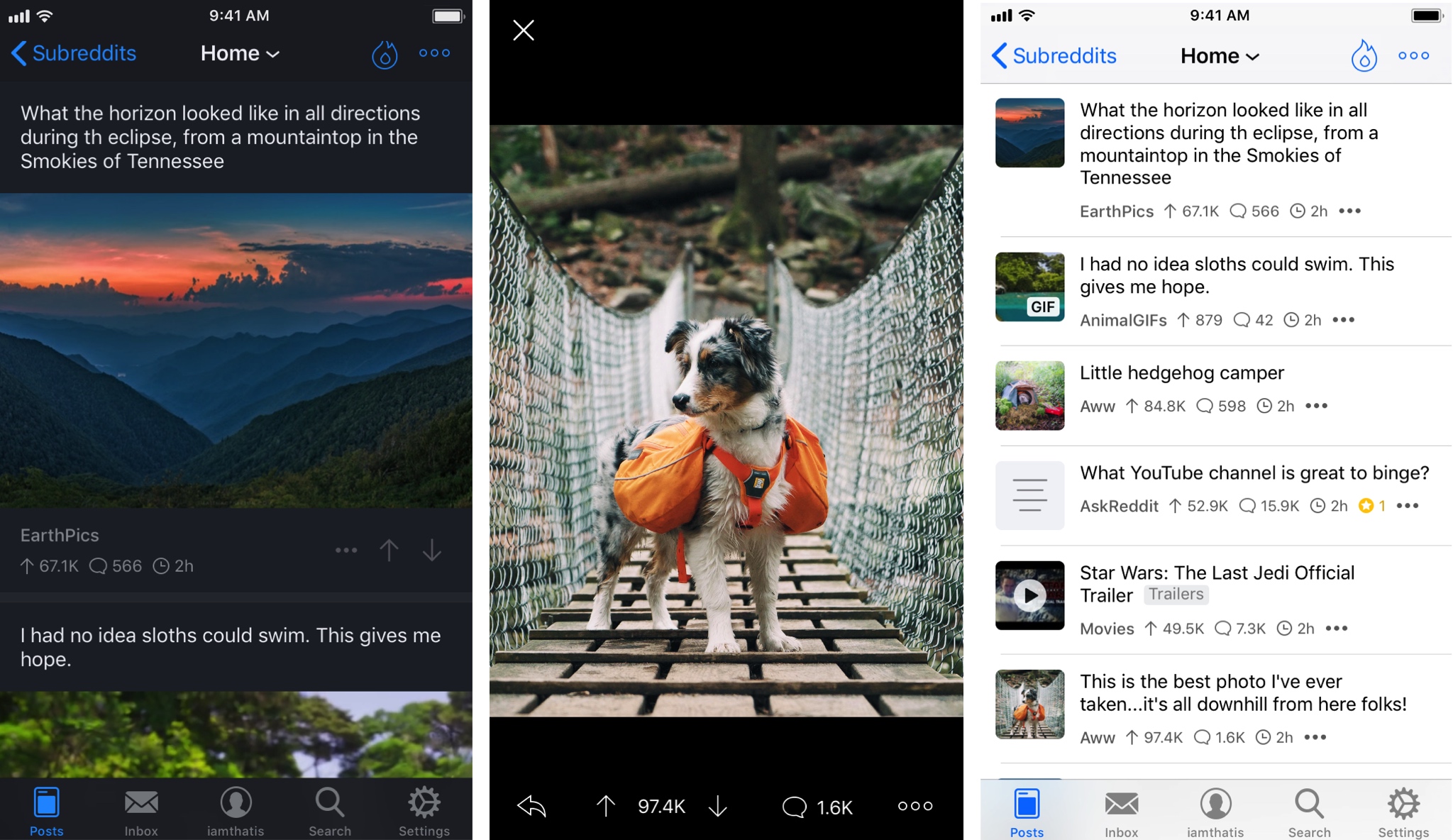 Regarding customization, Selig didn’t leave anything to be desired. In fact, he went balls to the wall with top-notch configuration: 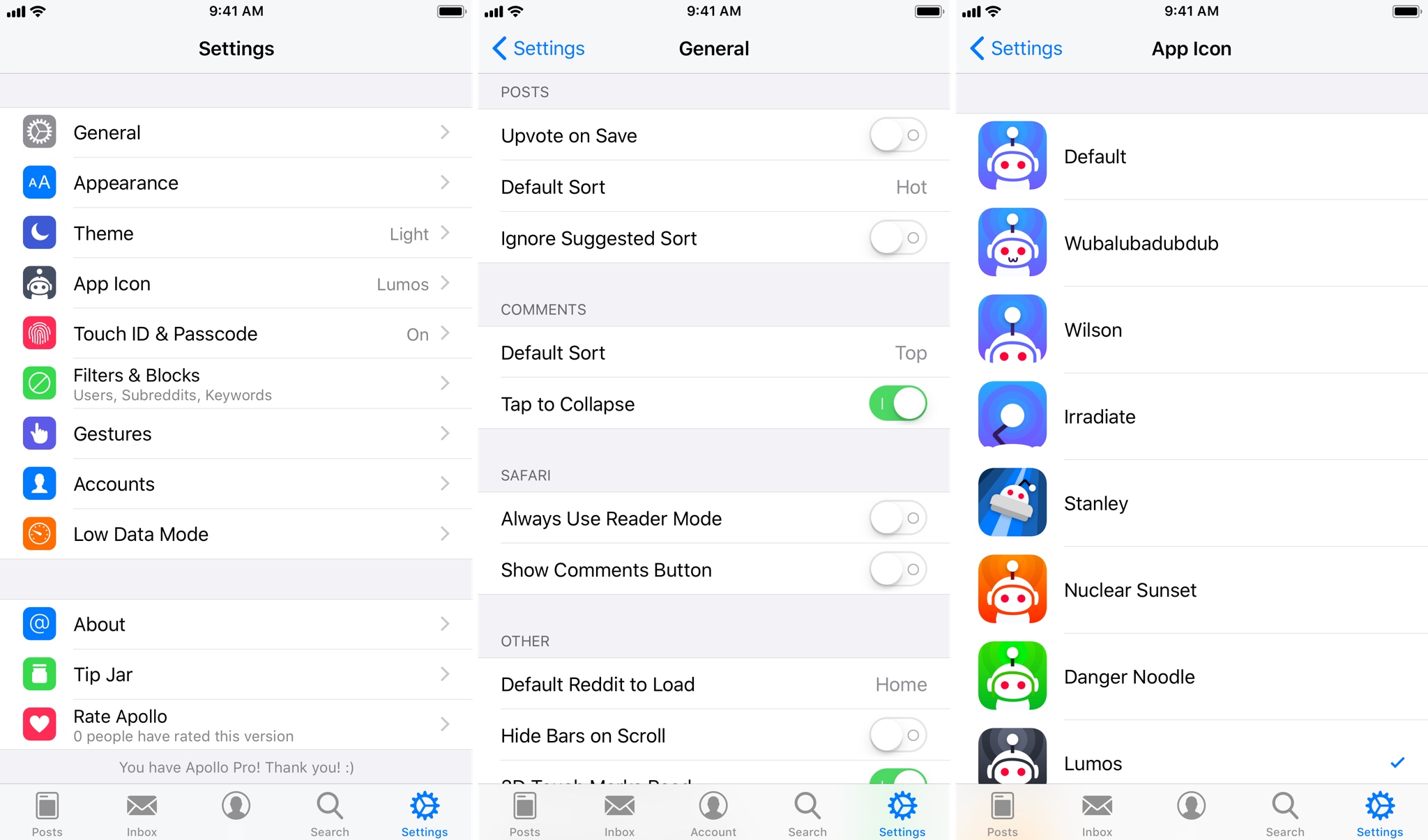 Leaving almost no rock unturned, Apollo is a stunning new Reddit client that answers the needs of just about any Reddit user. If you’re interested in trying it, you can download it for free from the App Store and follow the developer’s regular updates about the app on the Apollo Subreddit.

Apollo runs on any iPhone or iPad running iOS 10 or later, and you’ll probably want a Reddit account to take full advantage of the features.

Have you tried Apollo yet? Let us know your thoughts about it in the comments section below!