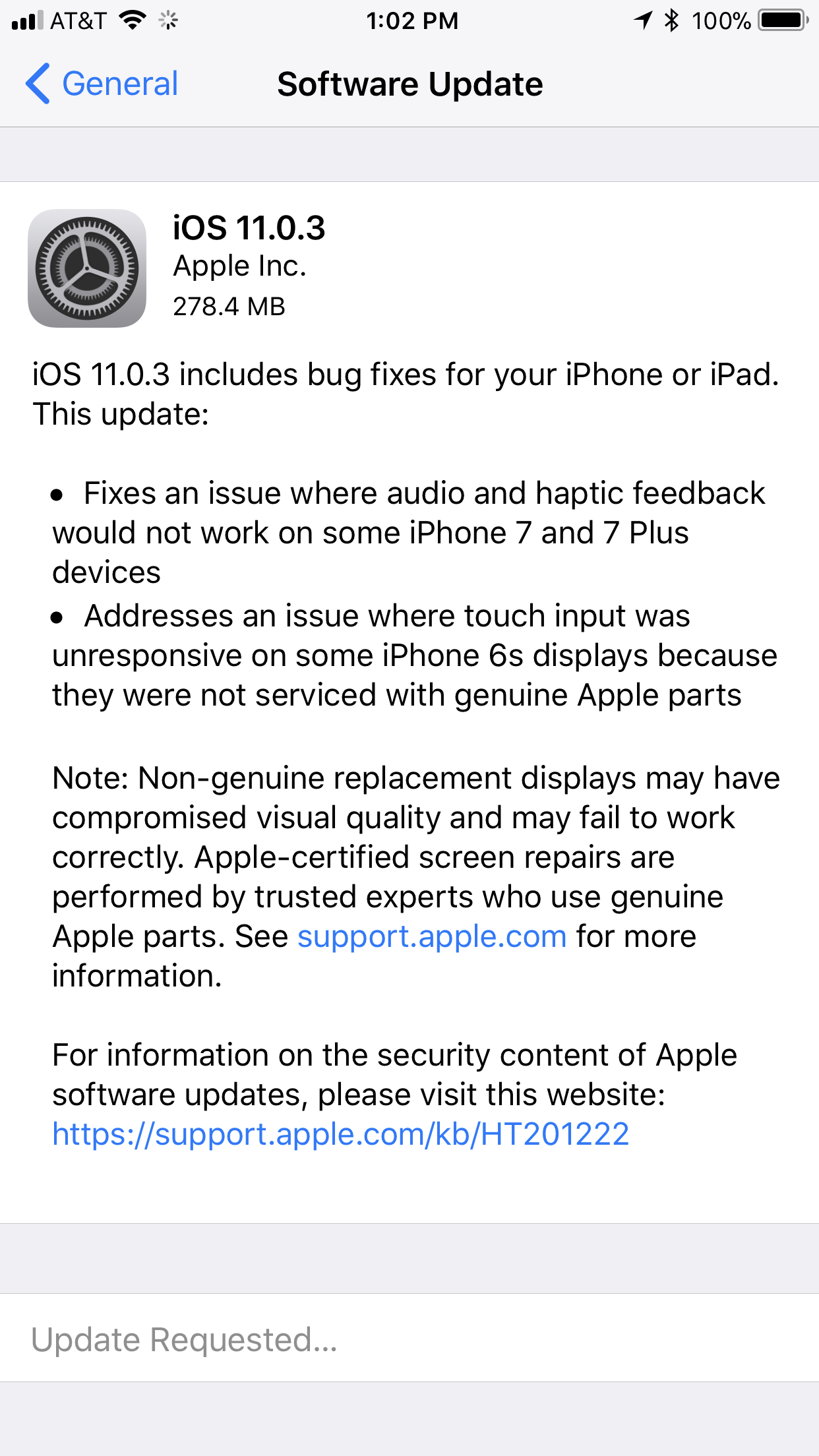 In particular, the update sets its sights on the iPhone 6s, iPhone 7, and iPhone 7 Plus handsets, but it can be installed on any supported Apple device.

As its first order of business, iOS 11.0.3 resolves a problem where an iPhone 6s user’s touch panel could become unresponsive if it were replaced previously by a third-party vendor. As a side note, Apple recommends that these users seek genuine Apple replacement parts and service to meet the desired performance expectations without any hiccups.

iOS 11.0.3 also resolves a problem with iPhone 7 and iPhone 7 Plus handsets where both audio and haptic feedback would sporadically stop working as expected.

Albiet unrelated to iOS 11.0.3, it’s worth noting that iOS 11.1 is currently in beta stages and should launch later this year. This update will resurrect the widely-missed 3D Touch-based app-switcher gesture on supported iPhone handsets and introduce hundreds of new Emoji to make expressing your feelings through iMessage or other messaging platforms more engaging.

As with every one of Apple’s software updates, iOS 11.0.3 is available from our downloads page, and if you’re not jailbroken, you should consider upgrading to have the latest improvements to iOS.

Have you downloaded the update yet? Share in the comments!