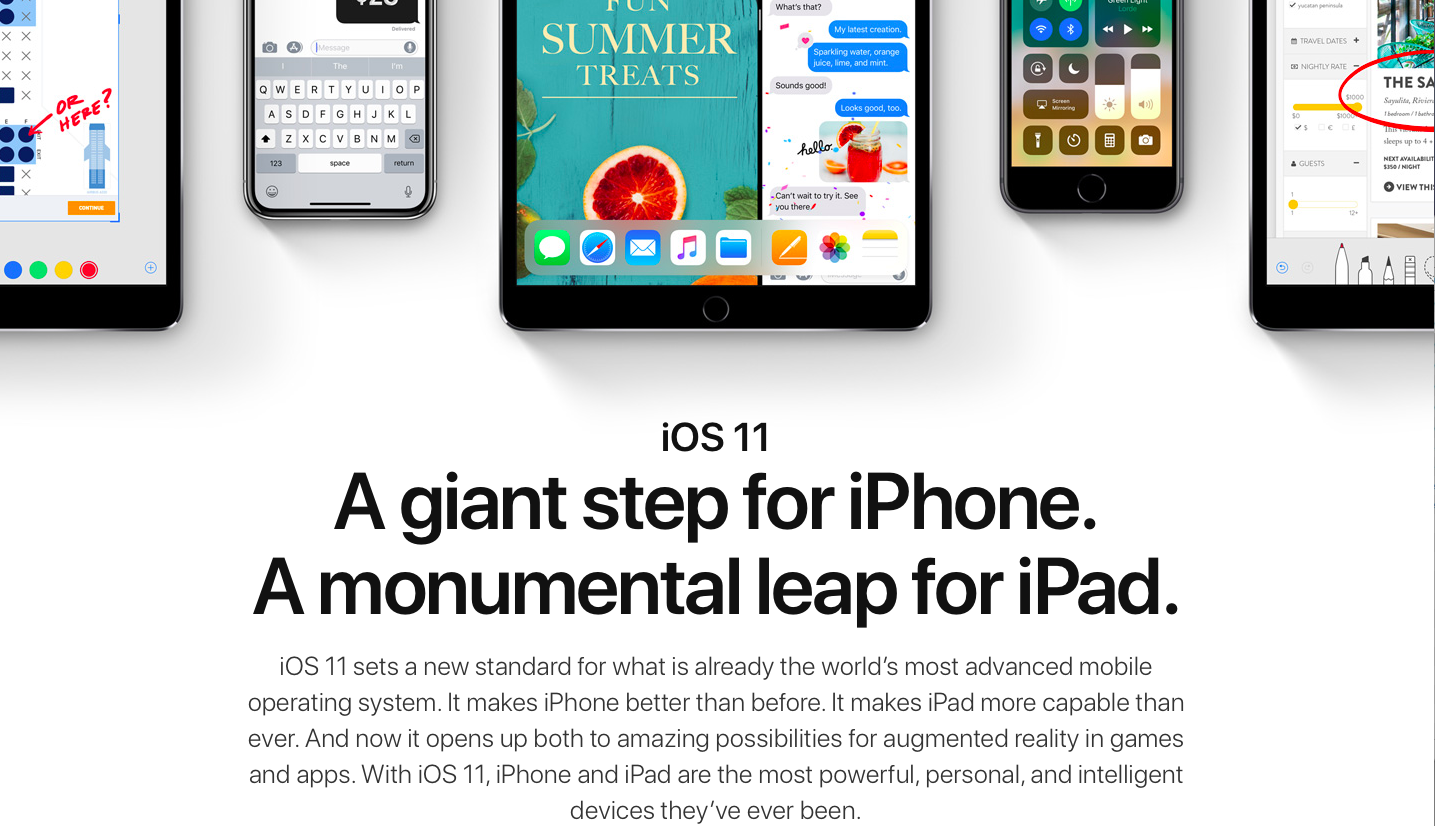 Apple on Tuesday released the free iOS 11 software update for the supported iPhone, iPad and iPod touch models following an extensive period of testing that began with the initial developer-only release on June 5.

To get the new firmware, head over to our Downloads webpage.

People who installed the iOS 11 GM on their iPhone and iPad needn’t do anything because they’ve been running literally the same code as folks who have just upgraded to the commercial iOS 11 release.

If you’d like to get the subsequent commercial builds when they’re released, delete the profile from your device and then update to the upcoming superseding version (iOS 11.x) when it becomes available.

The iOS 11 public release is available as an over-the-air update in Settings → General → Software Update on your device or through desktop iTunes. Apple also released a fourth major version of the Apple Watch operating system today, watchOS 4.

iOS 11 marks the most important update to Apple’s mobile operating system in years.

Not only does it bring augmented reality experiences, increase your security and turn your iPad into a productivity powerhouse with drag and drop, an interactive Dock and ARKit, but also makes your iPhone smarter and more powerful with Siri enhancements, a customizable Control Center a redesigned App Store and much more.

I’m jailbroken, should I update?

Be sure to follow our checklist to ensure a hassle-free experience.

If you’re jailbroken and intend to stay jailbroken, it’s probably a good idea to stay away from iOS 11 for the time being because upgrading to it will cost you your jailbreak.

Folks who are not jailbroken and don’t intend to jailbreak in the near future are welcome to upgrade. Keep in mind that iOS 11 does not support 32-bit devices like iPhone 5 and iPhone 5c.

Some iOS 11 features may not be available for all countries or all areas. For more information, visit Apple’s iOS Feature Availability webpage. For detailed information on the security content of this update, check out Apple’s support document.

Here are some key iOS 11 highlights:

Do Not Disturb while Driving

As an example, it brings native FLAC playback to iPhone 7, iPhone 8 and iPhone X although the official release notes don’t make any mention of FLAC support.

To help you get the most out of iOS 11, stay tuned to iDownloadBlog as we’ll be talking a lot more about the many new iOS 11 features and sharing useful tips and tricks in the coming weeks and months.

Are you excited for iOS 11?

Are you excited to make the upgrade? What are your favorite new features of iOS 11, and why? Will you be upgrading to iOS 11 today or in the coming days?