Apple this morning released iOS 11 to the general public and some people are asking how to move from a Golden Master candidate release, which dropped a week ago, to the public release.

The good news is, you don’t have to do anything.

As a quick refreshed, a Golden Master (also referred to as a Gold Master or just GM) denotes a final version of software ready for release to manufacturing. In terms of iOS betas, an iOS Golden Master candidate in most cases has exactly the same build number as its final public release.

In other words, the iOS 11 GM build you have on your iPhone or iPad is exactly the same code that millions of customers get after they download the public release via the Software Update mechanism.

TUTORIAL: How to switch from iOS beta to official release

Again, if you’re Apple’s registered developer or just a regular user who has enrolled in the company’s Beta Software Program to test-drive iOS 11 betas, and have the iOS 11 GM installed on your device, you don’t need to do anything.

But if you’d like to receive any subsequent public updates to iOS 11, you must remove Apple’s configuration profile from your device.

1) Go to Settings → General → Profile and tap on the iOS Beta Software Profile.

2) Now tap on Delete Profile and enter your passcode to confirm the deletion. 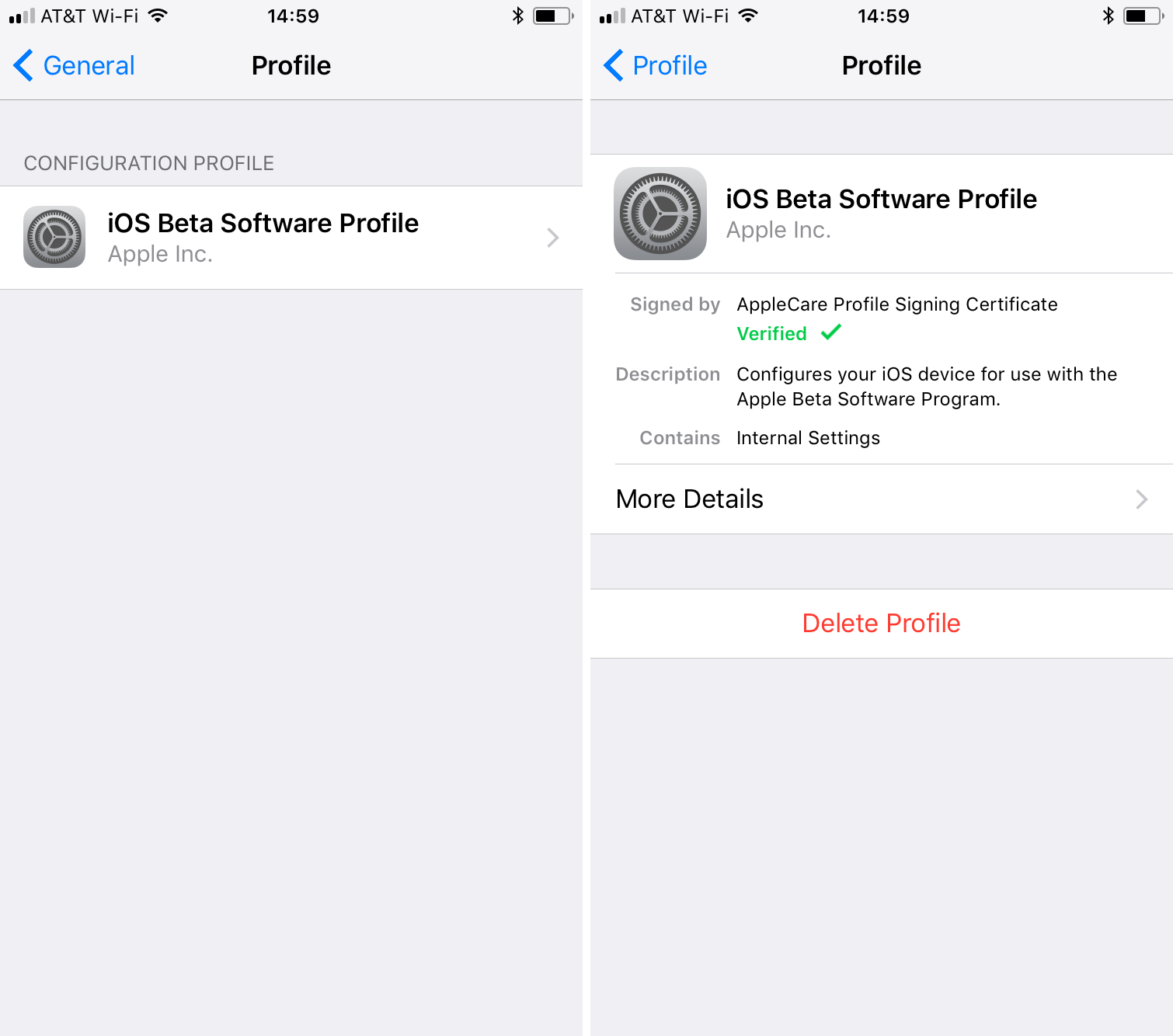 Your device will reboot.

Because you’ve just deleted Apple’s profile signing certificate, your device shall no longer be eligible to receive beta updates from Apple. Any public iOS 11 updates released in the future shall pop up on your device through the Software Update mechanism like they normally would and you will no longer see beta releases.

If you’ve followed the instructions below, you can continue using the iOS 11 GM build knowing you’re using the same code as regular users. Apple’s next update to iOS 11 will appear on your device as an over-the-air download.