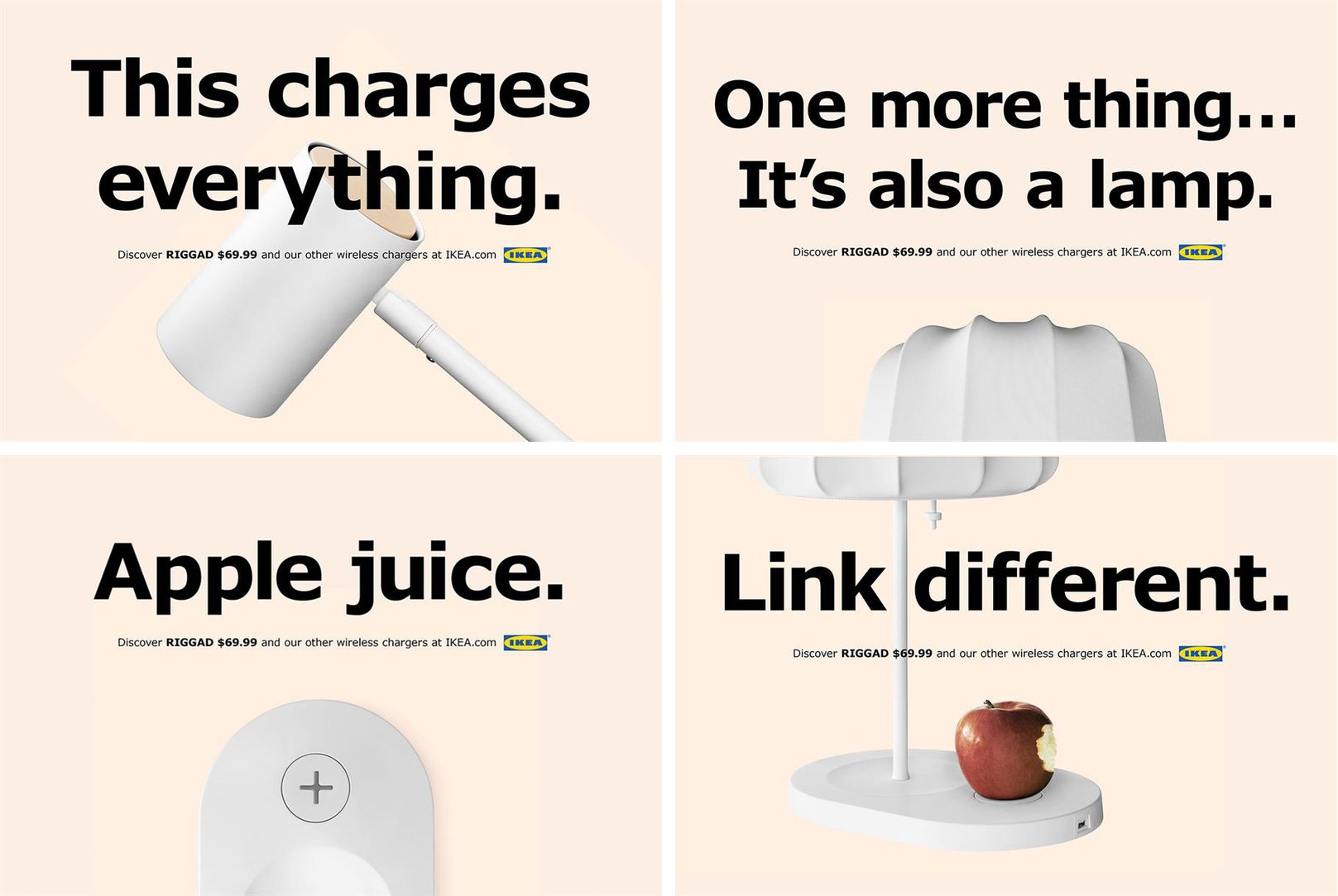 Swedish company IKEA is running a series of ads that piggy-back on iPhone 8 launch and play on some of Apple’s most well-known marketing slogans, The Verge reported Friday.

Apple’s “This changes everything” mantra has become the “This charges everything” and “Think different” is now “Link different.” Other Apple references include “One more thing… it’s also a lamp”, “Apple juice” and a question asking Siri “What lamp should I buy?”

The campaign was made in partnership with IKEA’s ad agency ACNE and promotes the company’s floor lamps, table lamps and nightstands with embedded Qi wireless charging pads.

You can browse the products at the IKEA website.

“IKEA has been very progressive with wireless charging, and we are thrilled that new iPhone owners finally can make use of one of the most powerful lamps we’ve ever made,” said Morten Kjær, creative director at IKEA Creative Hub. 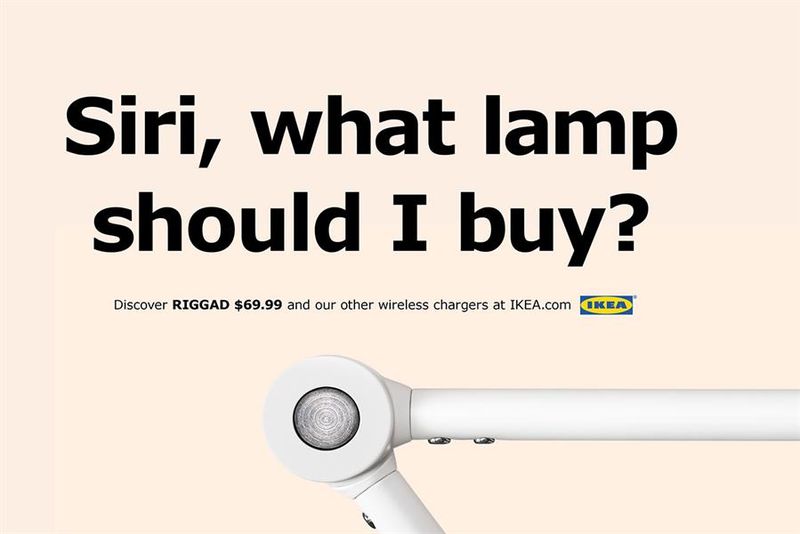 The company has been integrating Qi-compatible wireless charging mats since 2015 and is one of the important launch partners for iOS 11’s ARKit framework that powers augmented reality apps, including IKEA’s own Place app that’s now available on App Store.

That said, I don’t think Apple minds seeing some of its most famous marketing slogans used creatively in IKEA’s advertising. How do you like IKEA’s open tribute campaign to Apple?