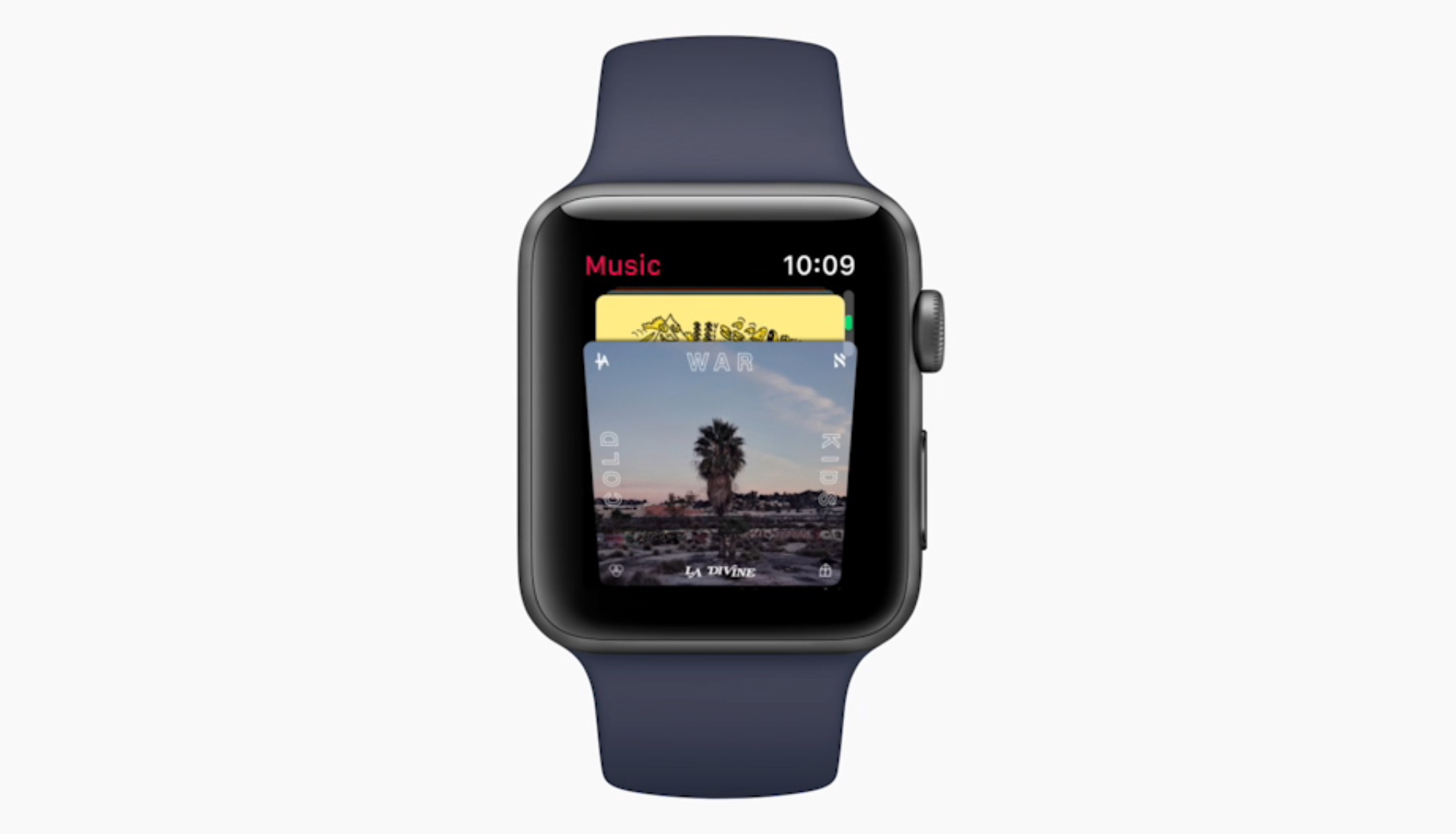 Your Apple Watch has a cool feature that lets it show a corresponding watchOS app, if available, on your wrist when you initiate audio playback on your iPhone.

NOTE: They’re calling it “Auto-launch Audio Apps” and it works on watchOS 4 and later.

Obviously, your iPhone app must have a watchOS extension that should be installed on your Apple Watch for “Auto-launch Audio Apps” to work as intended.

If the watchOS component is not provided or installed, then this feature will simply show your standard Now Playing screen lacking any app-specific controls.

For example, if you use Overcast to play podcasts on your iPhone but haven’t installed it to the watch, or you use Spotify which has removed watchOS support from the iOS app, you’ll always get the Now Playing screen with “Auto-launch Audio Apps.”

If your iOS audio app has a watchOS component, don’t forget to install it!

To install a watch component that came with your iOS app, find it underneath the Available Apps heading in the Watch app on your iPhone and hit the Install button.

“Auto-launch Audio Apps” is on by default.

It can be managed either in the Settings app on your watch or through the companion Watch app on your paired iPhone, here’s how.

1) Press the Digital Crown to get to the Home screen, then tap the Settings icon.

3) Slide the toggle Auto-launch Audio Apps to the ON or OFF position. 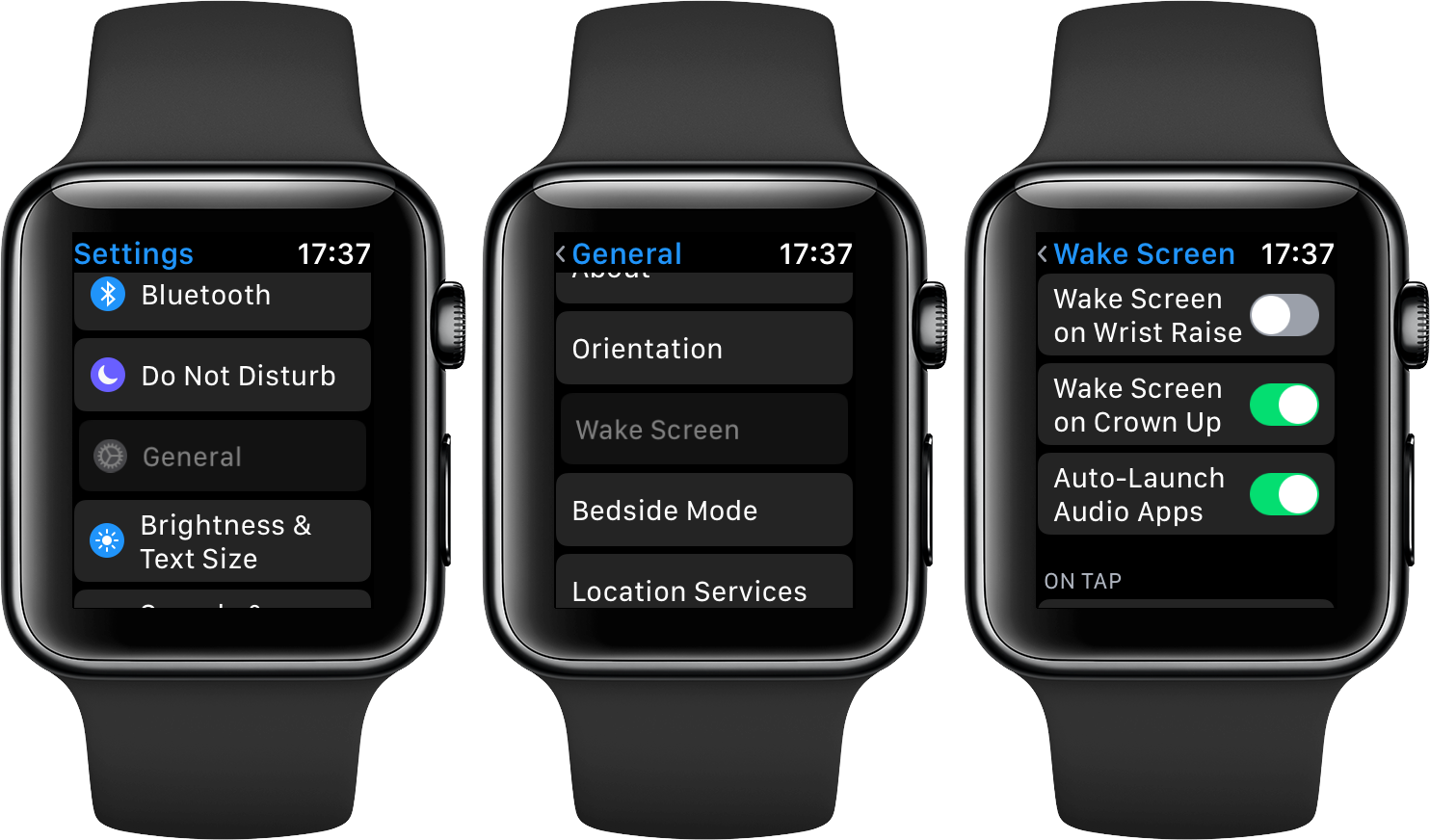 If on, initiating audio playback on your iPhone prompts the watch put up an appropriate watchOS app when you raise your wrist or wake the screen with a tap.

1) Open the companion Watch app on your paired iPhone.

2) Tap the My Watch tab at the bottom.

4) Slide the toggle Auto-launch Audio Apps to the ON or OFF position. 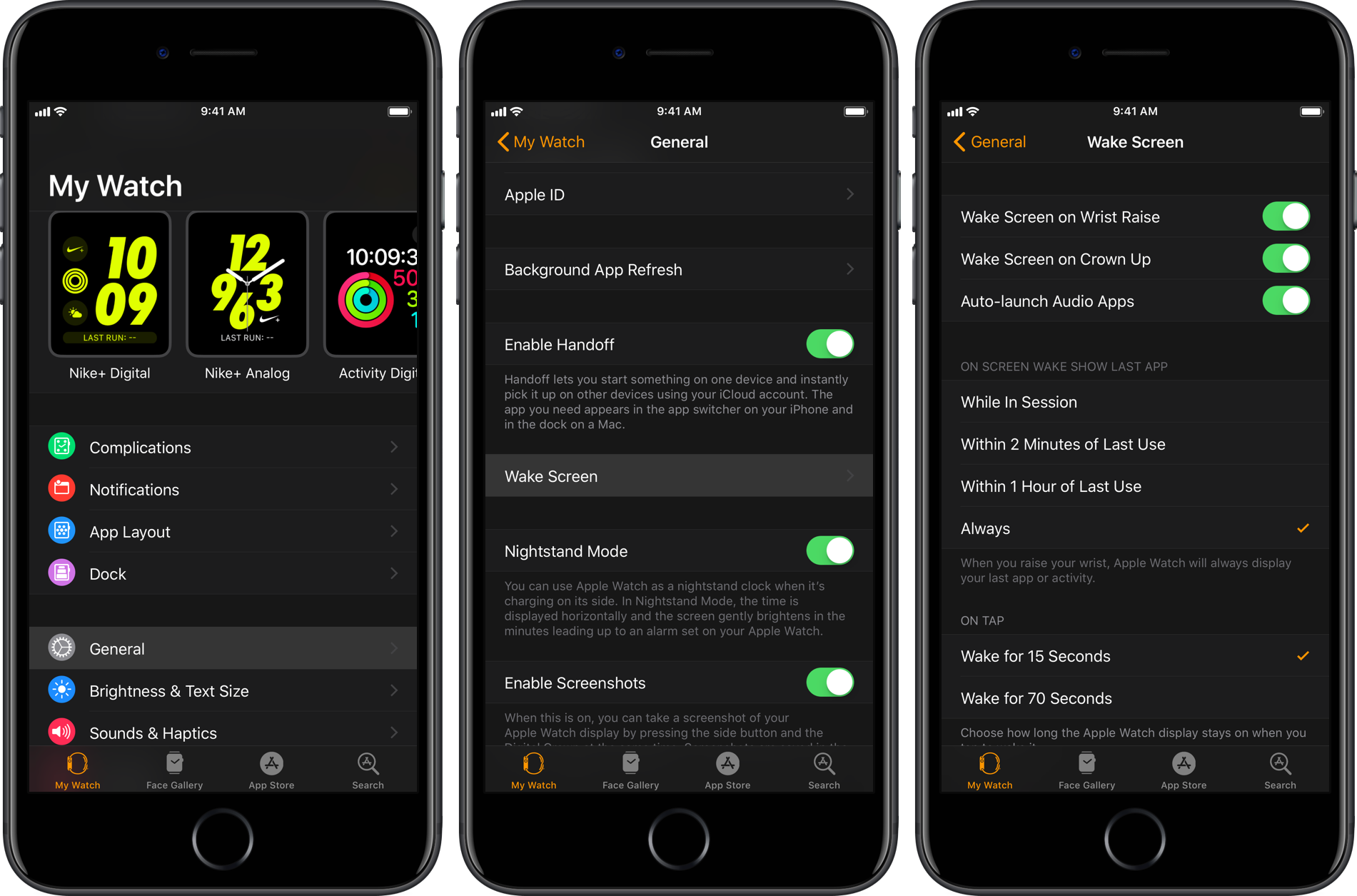 This has the same effect as toggling the feature in the Settings app on your watch.

Here’s what makes this feature awesome

For those of you who don’t listen to a lot of music this is obviously a nuisance and I completely understand why you’ll want to toggle “Auto-launch Audio Apps” off.

But if you listen to your tunes and podcasts on the go, being automatically greeted with the right app at the right time will save you from reaching for the phone to access app-specific controls, like choosing a podcast episode in Overcast.

A corresponding watch app shows up even if you play audio back using the Now Playing widget on the iOS Lock screen or Control Center. But wait, won’t the Workout app take over when in a session? Yes, but you can swipe left to get to its integrated Now Playing screen with standard audio controls. 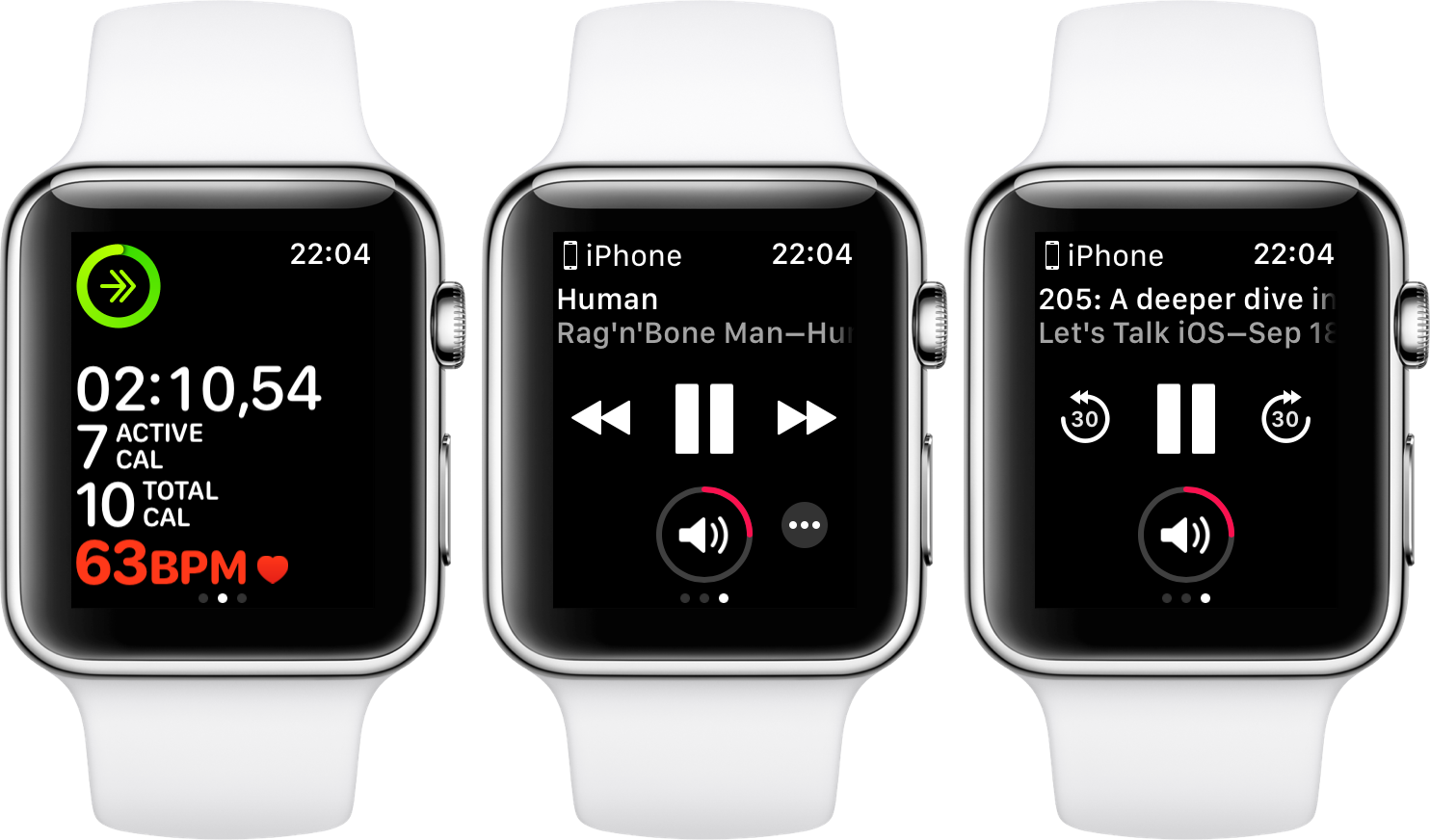 Standard Now Playing controls are now a swipe away in the Workout app.

Now, I love my AirPods and use them every day.

Before watchOS 4, I had to press the Side button and find Overcast in the Dock if I wanted to favorite a podcast or play a specific episode. With “Auto-launch Audio Apps”, I can start a podcast episode on my iPhone knowing that the full Overcast app will be waiting right there on my wrist whenever I raise my arm. 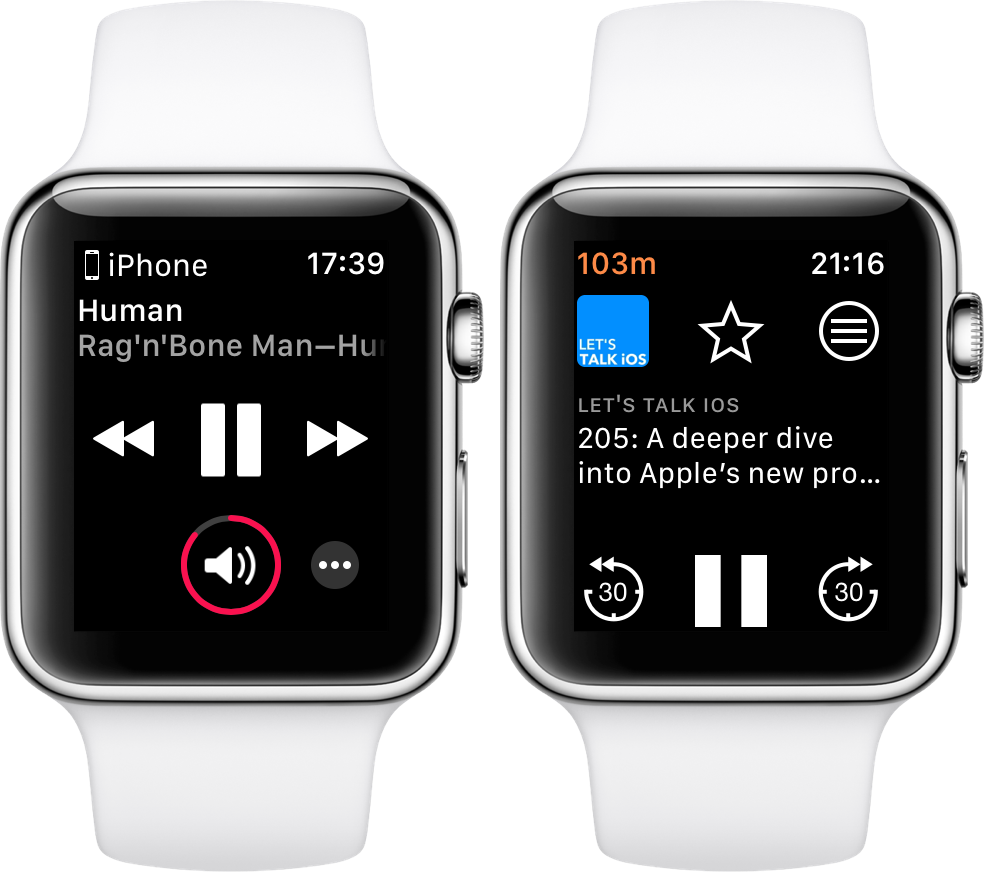 Apple’s stock Music app, at left, and the Overcast podcast player, at right.

To reiterate, this capability relies on availability of a watchOS component for your iPhone audio app and I can confirm that it works with third-party apps like the popular Overcast podcast player.