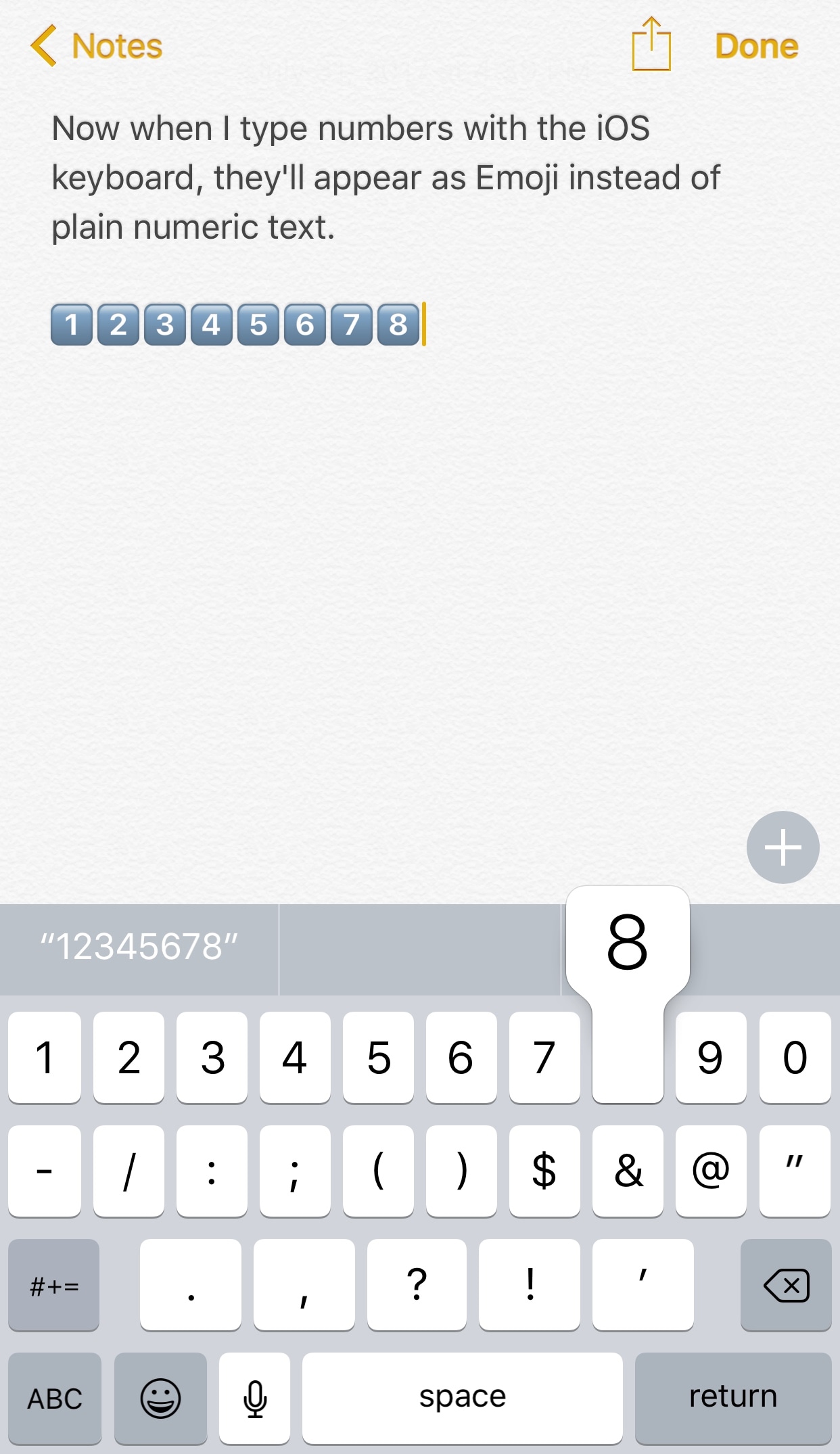 Emojis are quickly taking over in the world of texting, and a new free jailbreak tweak called IconKeyb10 by iOS developer GeoSn0w helps future-proof your texting habits by automatically inserting the Emoji equivalents of certain characters from the iOS keyboard.

The screenshot shown above is rather self-explanatory. Rather than typing the numeric characters “1,” “2,” “3,” etc. when you tap on those keys from the iOS keyboard, the tweak inserts the Emoji counterparts instead.

The tweak appears to work inside of every app, as long as Emojis are supported. This means you’re not confined to using them in texting; you can also use them in note-taking, social media posts, and more.

From the start, IconKeyb10 takes some getting used to, especially if you aren’t used to Emojis popping up in every single sentence involving numbers. Nevertheless, it’s a tweak the developer says he made “just for fun” because it seemed like an interesting idea to toy around with.

Because the tweak is purely cosmetic, its appeal will likely be limited to those who enjoy using Emojis on a regular basis. On the other hand, the tweak can help you add some character to your texts without the added effort of searching for certain Emojis manually.

With that last idea in mind, IconKeyb10 should work great in tandem with a recent tweak release called Selectmoji, which lets you manually designate your favorite Emoji for quicker access.

If you’re interested in giving IconKeyb10 a try, you can download it for free from Cydia’s BigBoss repository. The tweak doesn’t come with any options to configure and is compatible with all jailbroken iOS 10 devices.

Are you down with having your numbers replaced with numeric Emojis every time you type? Share why or why not in the comments section below.