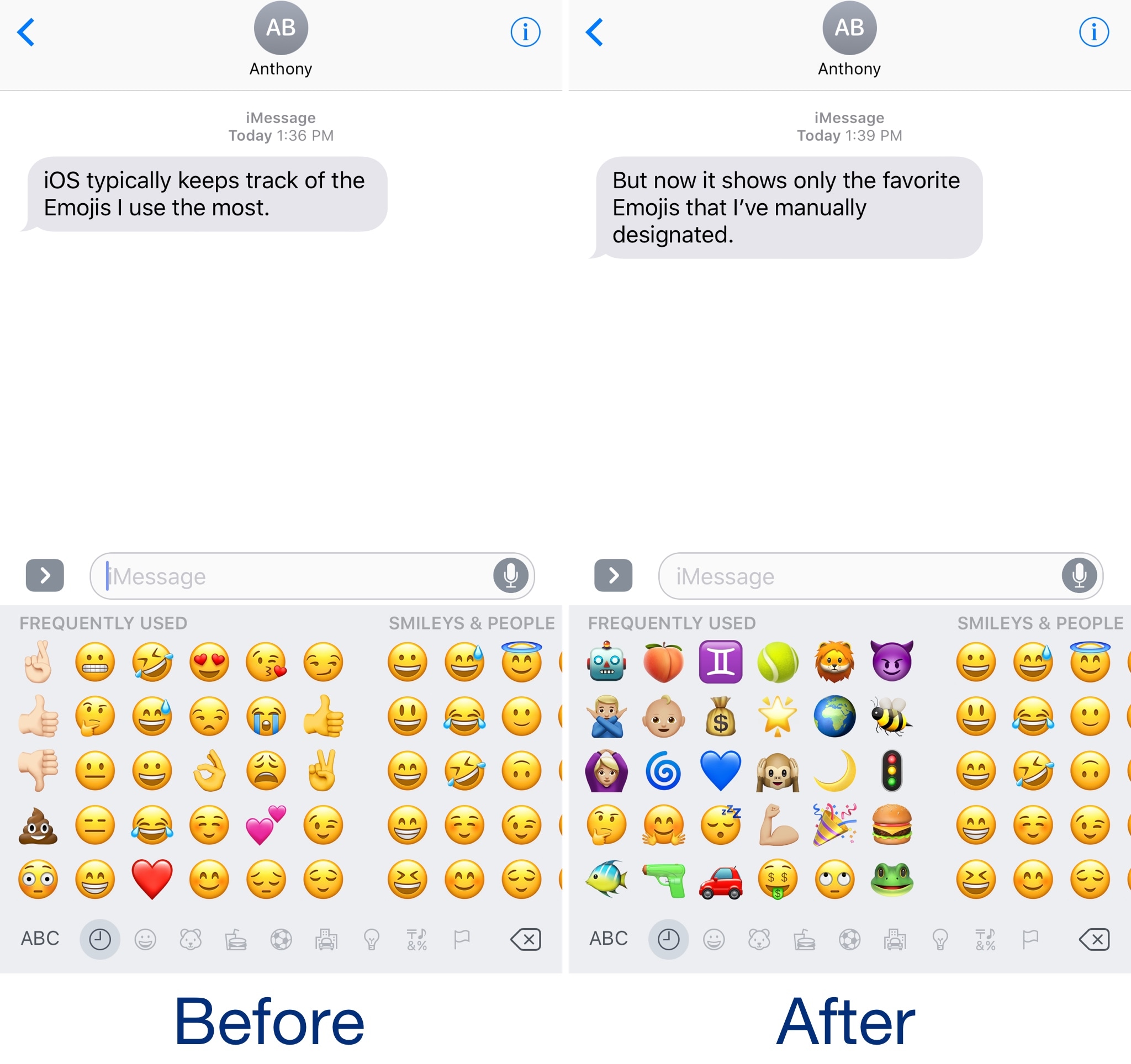 Emojis are one of the joys of texting and instant messaging, and iOS integrates them right into the keyboard for your convenience. A feature embedded within the Emoji selector keeps track of the Emojis you use the most often and puts them in a category called “Frequently Used.”

Since you might prefer to manually designate your favorite Emojis for this section, a jailbreak tweak called FavoriteEmojis was recently released for this purpose, but a new competing tweak called Selectmoji by iOS developer Cole Cabral is now available that is said to address some of the shortcomings of the former tweak.

Selectmoji works in essentially the exact same way, delivering a preferences pane to the Settings app where you can select up to 30 of your favorite Emojis to appear in the Frequently Used section: 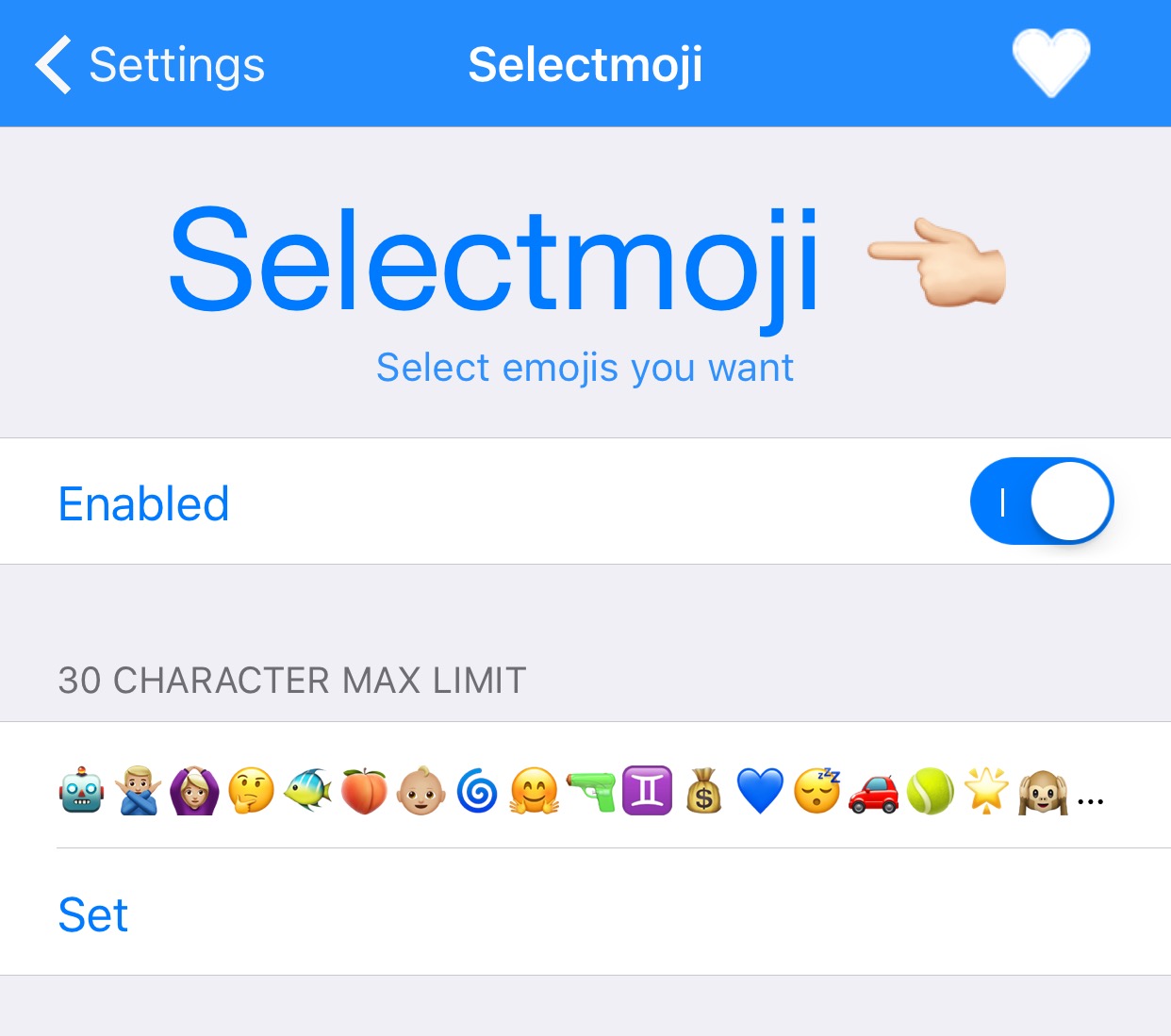 Selectmoji also stands out in terms of Emoji selection; even it you choose fewer or more than are allowed by the 30-character limit, the tweak applies those changes to the Frequently Used section without fuss. This is something FavoriteEmojis struggled with, as you needed to be careful to insert exactly 30 Emojis, or it wouldn’t always display properly and could result in a truncated result.

No matter which tweak you choose, the benefit to having this functionality is that you don’t have to scroll through the entire Emojis list all the time to get to your favorites, and it can save you a lot of hassle that comes from swiping and searching.

Selectmoji is available in Cydia’s BigBoss repository for $1.00, which is just a penny more than the original tweak. Both serve the same purpose and seem to work fine in most circumstances, although Selectmoji seems to be built with better attention to detail, quality, and user-friendliness. Both tweaks are also intended for jailbroken iOS 10 devices only.

Do you like the idea of being able to manually designate your favorite Emojis rather than having iOS choose them for you based on your usage patterns? Share in the comments section below!