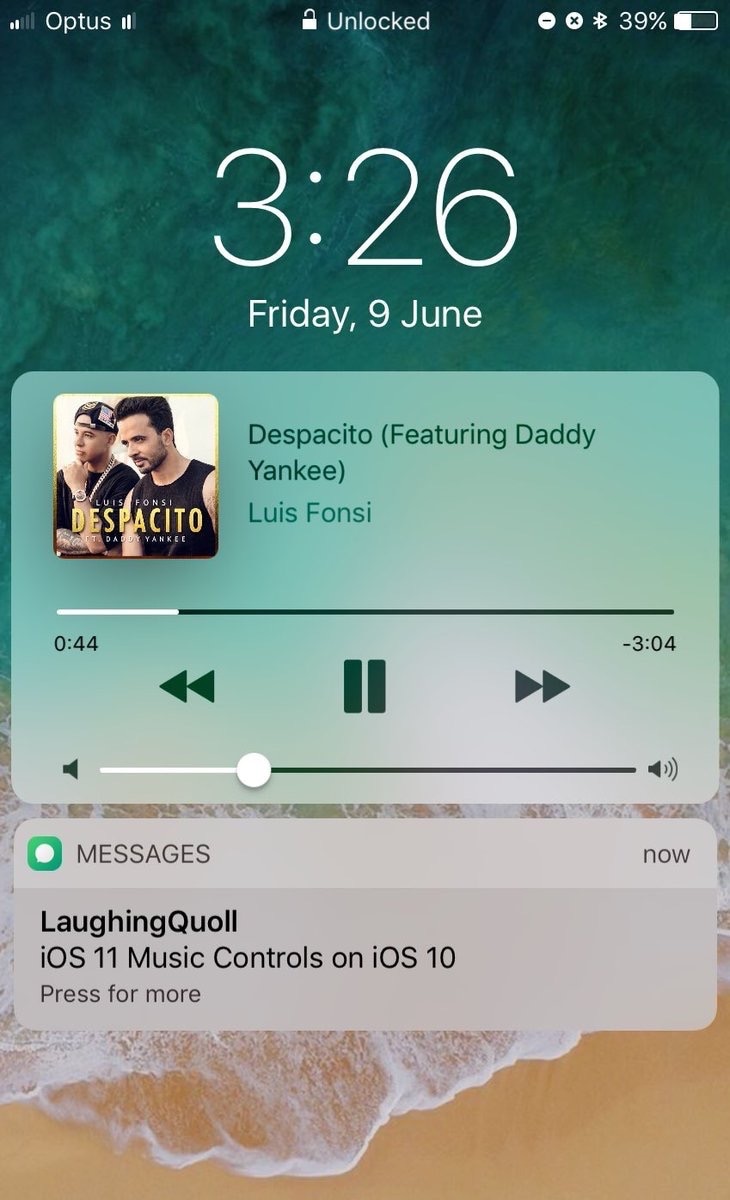 Some jailbreakers are already drooling over the host of interface changes that come with iOS 11, but we encourage these folks to hold onto their seats. A jailbreak tweak collection dubbed Eleven is nearing full release that will bring many of iOS 11’s new interface experiences to jailbroken iOS 10 devices.

The first piece of Eleven, LockscreenXI, brings the Lock screen experience of iOS 11 to jailbroken iOS 10 devices. It was just released in Cydia by its creator LaughingQuoll ahead of all other pieces of Eleven, which are still a work in progress.

After installation, you will start seeing changes to the way the Now Playing interface is displayed, especially when you have inbound notifications waiting to be read, as shown above.

The Now Playing widget can be collapsed to almost half its original size by tapping on the “Show Less” button in the top right of the widget: 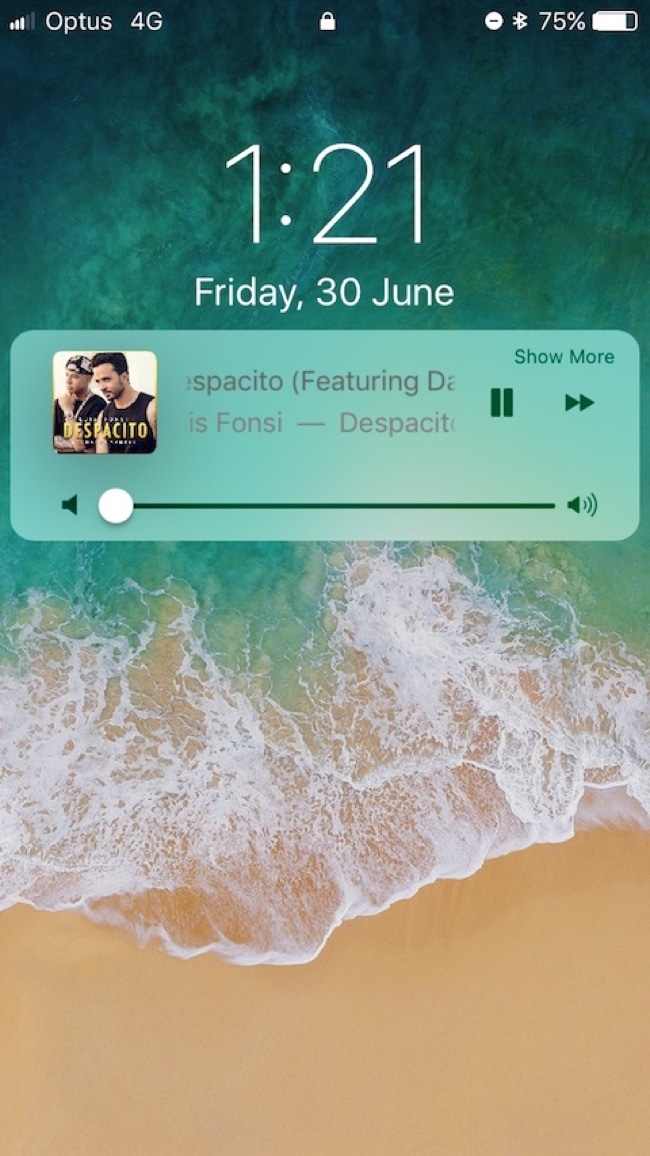 To go back to the full-sized widget while it’s collapsed, you can tap on the “Show More” button.

LockscreenXI also changes the look and feel of the passcode buttons to look more how they do in iOS 11: 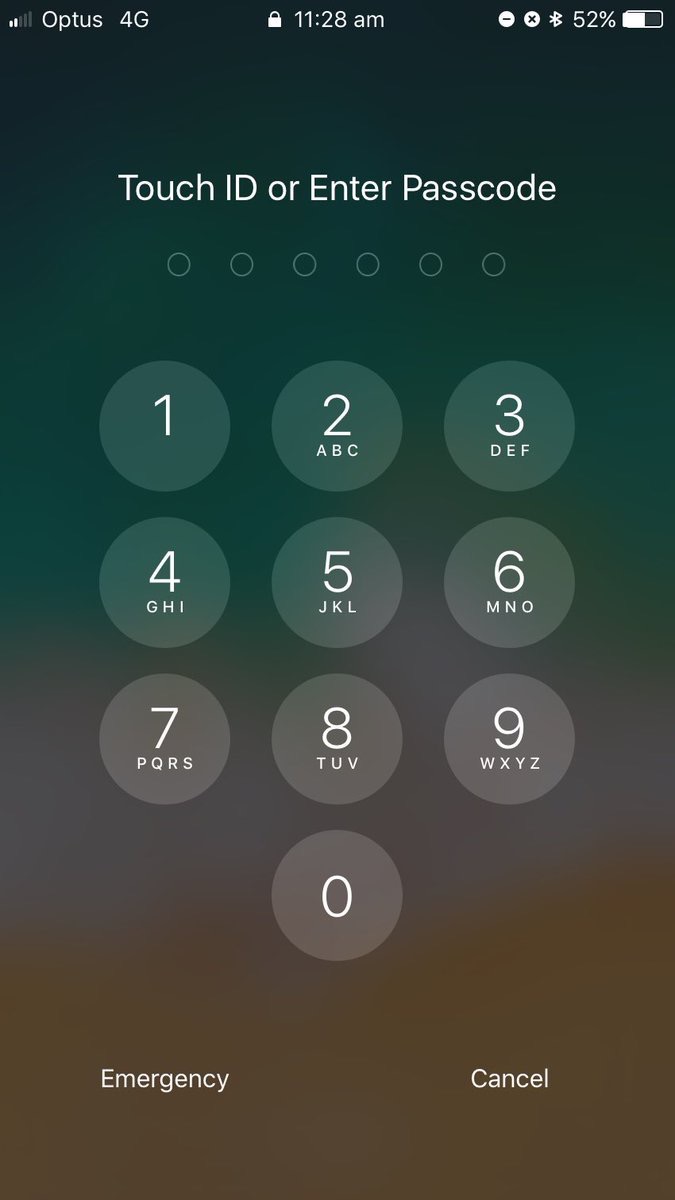 Worthy of note, previous tweaks like Callisto Pro and Creamy can already make your passcode buttons look similar to how they do with LockscreenXI, but they won’t include all the rest of the features this tweak brings to the table. The tweak is, however, comparable to a tweak known as Lysithea X.

LockscreenXI has a few options you can configure, and they’ll be found inside of the Eleven preferences pane in the Settings app: 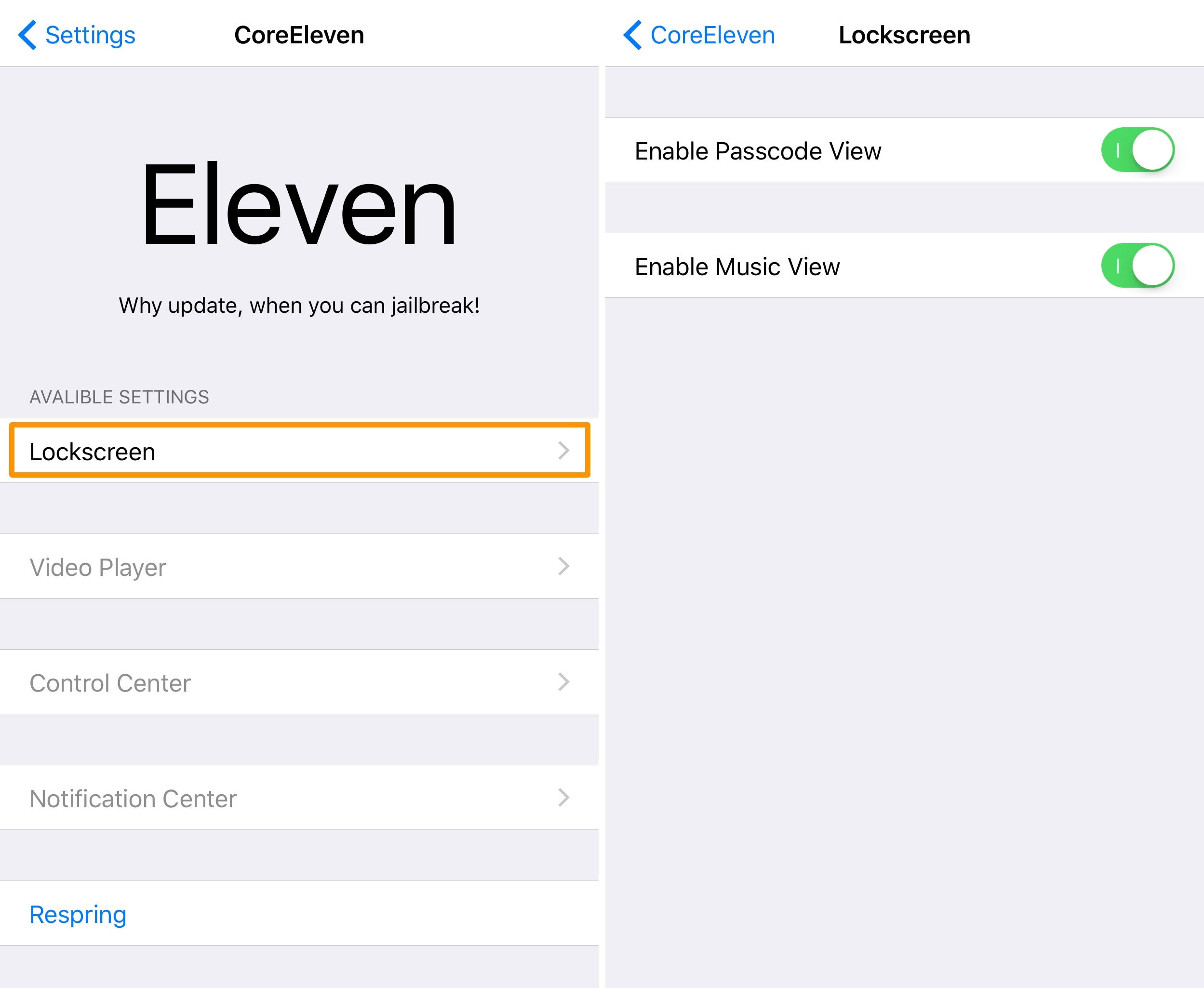 Here, you can toggle both Now Playing widget and/or passcode keypad theming on or off. Since you can change these individually, you can choose to toggle one at a time, which may be a benefit if you aren’t a fan of the updated Now Playing aesthetic, but you like the new passcode input screen, or vice-versa.

While the changes can indeed be polarizing, I for one am a fan of the new iOS 11 look and feel. I won’t be upgrading my jailbroken device to iOS 11 however, as the jailbreak still means too much for me to lose. That said, if you agree and you still want to feel cool when iOS 11 drops later this year, you can use LockscreenXI and the other parts of Eleven to have a nearly indistinguishable UI when compared to true installations of iOS 11.

LockscreenXI can be had from Cydia’s BigBoss repository right now for just $1.00, and it works on jailbroken iOS 10 devices only.

Do you like the iOS 11 Lock screen interface more than the one in iOS 10? Share why or why not in the comments section below!