If you’re jailbroken on iOS 10 and yearn to make your device look like it’s running iOS 11, then you’re in luck because prominent developers are taking on a full-scale project to bring several iOS 11 features to the jailbreak community before the operating system update is released this Fall.

The project is being undertaken by iOS developers LaughingQuoll and Antique_Dev, and will be called Eleven. It will be a collection of multiple different jailbreak tweaks that each focus on specialized features of iOS.

Several of the jailbreak tweaks that make up this project are already completed, but LaughingQuoll says the current plan is to release all of these tweaks at once.

It’ll be possible to purchase each of the tweaks individually if you only want some of Eleven’s feature, but you can also opt to purchase the entire Eleven suite at a discounted price if you would prefer to have every feature covered by all the tweaks.

Among the packages you can expect in Eleven are:

The price for buying Eleven as a complete package will be $4.50, which is $5.00 off of the price you’d pay if you bought all the tweaks above individually.

LaughingQuoll has been teasing his progress with the tweak suite since iOS 11 was initially released to beta testers. Here is a teaser of the iOS 11-inspired music controls on a jailbroken device: 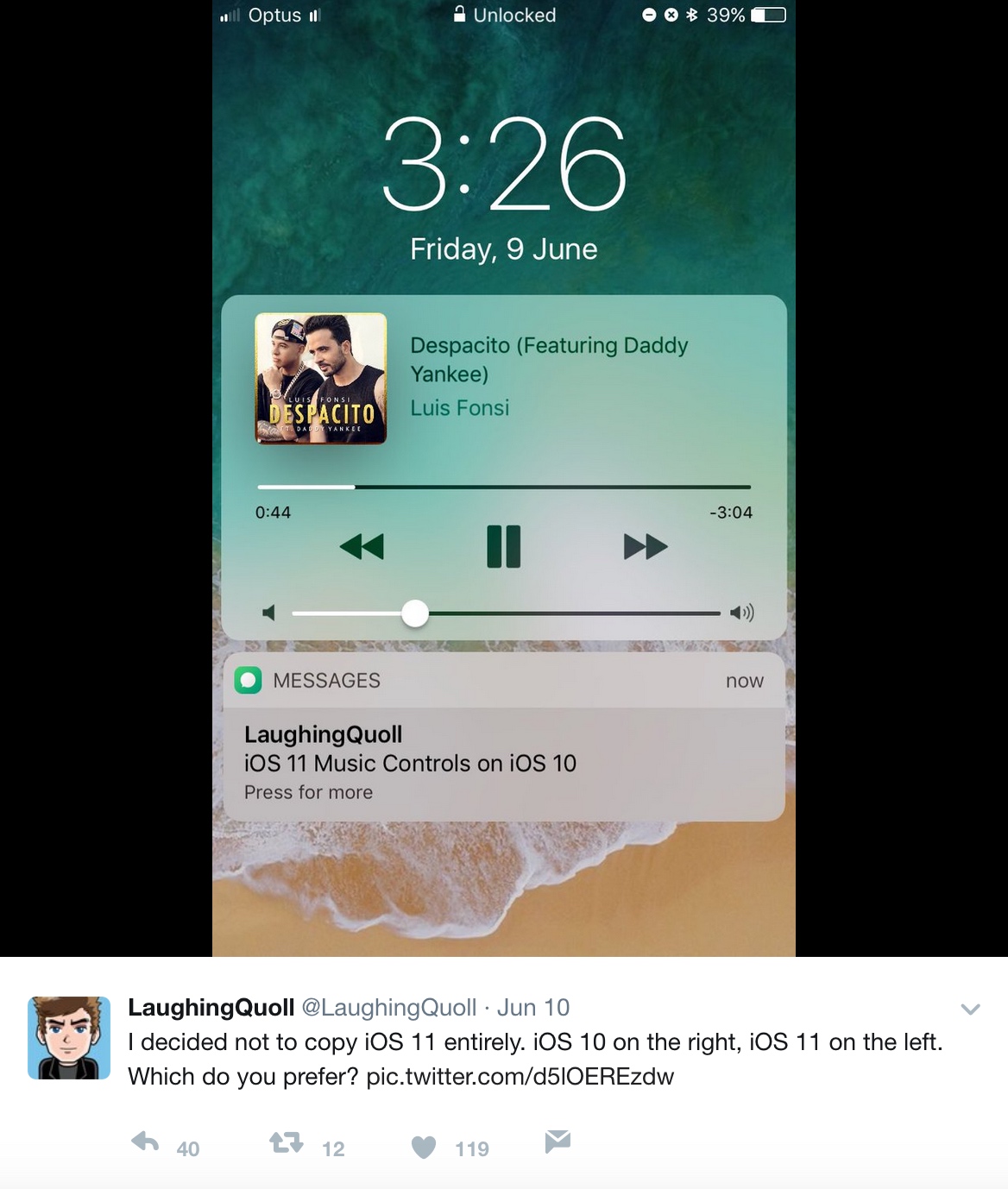 You can also check out the following demo of the iOS 11-inspired Notification Center on a jailbroken device. 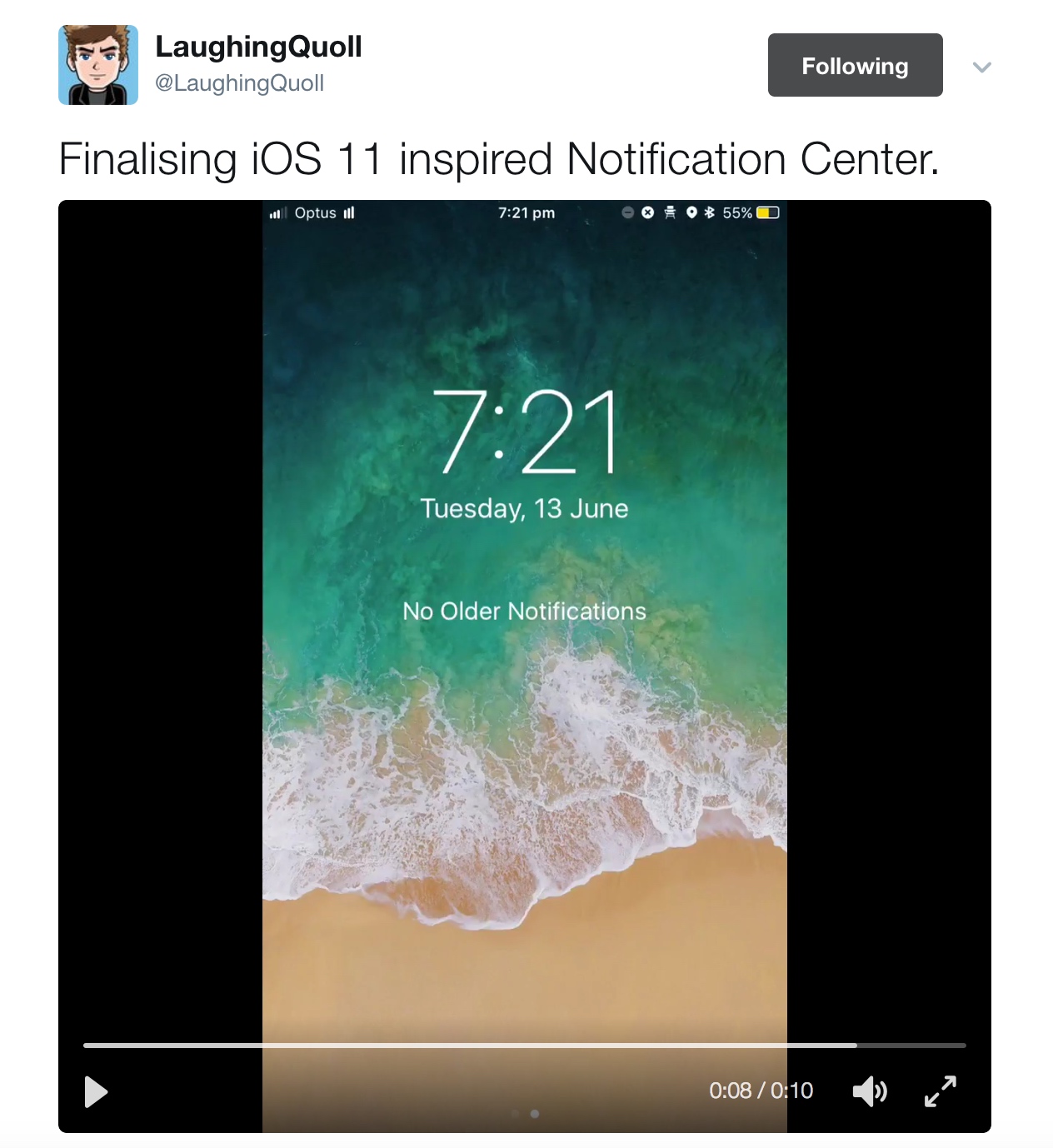 While many parts of Eleven are still under development at this point in time, you can track their progress by visiting the developer’s web page, which has indicators that illustrate which projects are done and which ones aren’t.

All of the tweaks will purportedly be released in one fell swoop after they’re completed. This means we shouldn’t see a rushed product, which is better for long-run stability and yields greater satisfaction from users.

Eleven will be a great release for anyone who wants the iOS 11-like experience without losing their jailbreak, but to complete the touch, we recommend downloading the iOS 11 wallpaper to compliment the tweaks.

There’s currently no ETA for Eleven’s launch just yet, but we’ll be keeping a close eye on its progress and will cover the release as soon as its available. In the meantime, check out all the features iOS 11 comes standard with that the jailbreak community has offered for a while now.