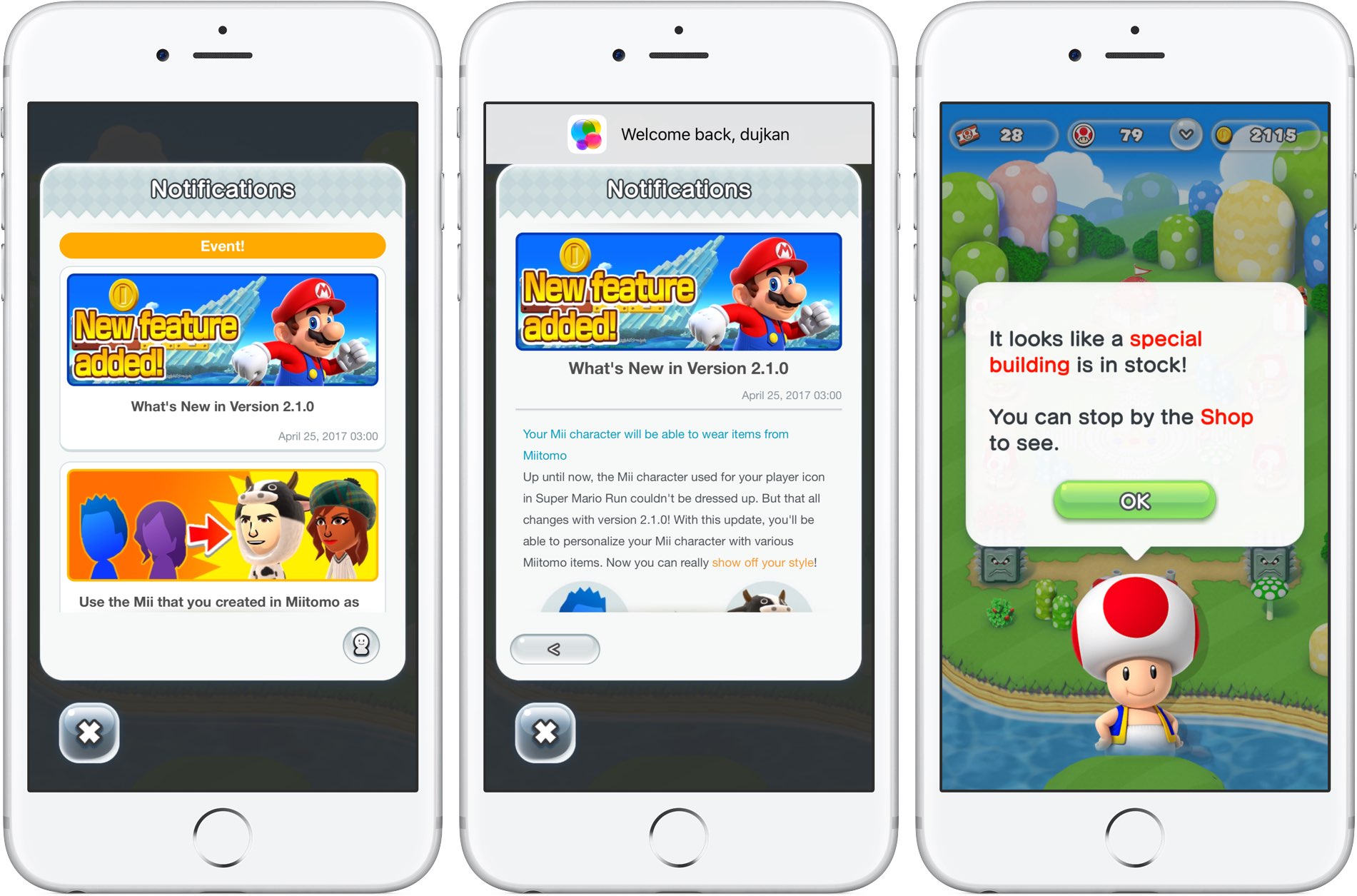 Nintendo states that getting all of the newly added buildings “will be a challenge for players of every skill level”. However, you must upgrade to the full version if you’d like to get certain color Toads that are required to unlock all buildings. 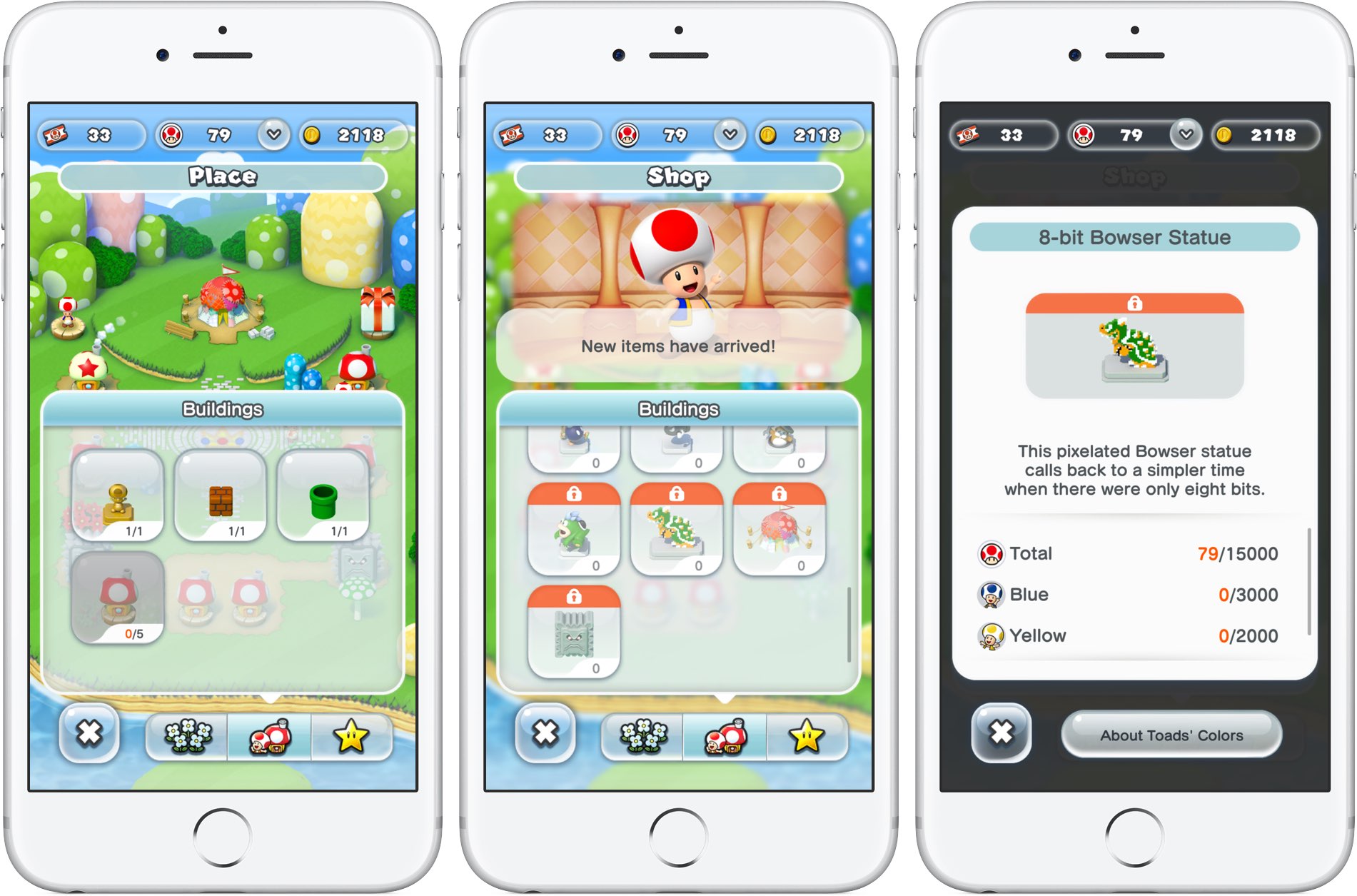 Of course, you can play Toad Rally to get your hands on new buildings, like Peach’s Tent or the 8-bit Bowser Statue, without upgrading to the full version. Speaking of which, the maximum number of Toads that can live in your kingdom has increased to 99,999.

Players can now find friends and connect with them from their Nintendo Account and use their customized Mii character from the Miitomo app as their player avatar in Super Mario Run.

“Up until now, the Mii character used for your player icon in Super Mario Run could not be dressed up,” said Nintendo. With today’s update, you can personalize your Mii character with various Miitomo items to really show off your style.

After linking Miitomo, a free download from App Store, to your Nintendo Account within the app’s Account Management section, simply select the button labeled “Use my Miitomo Mii on my Nintendo Account” displayed at the screen bottom. 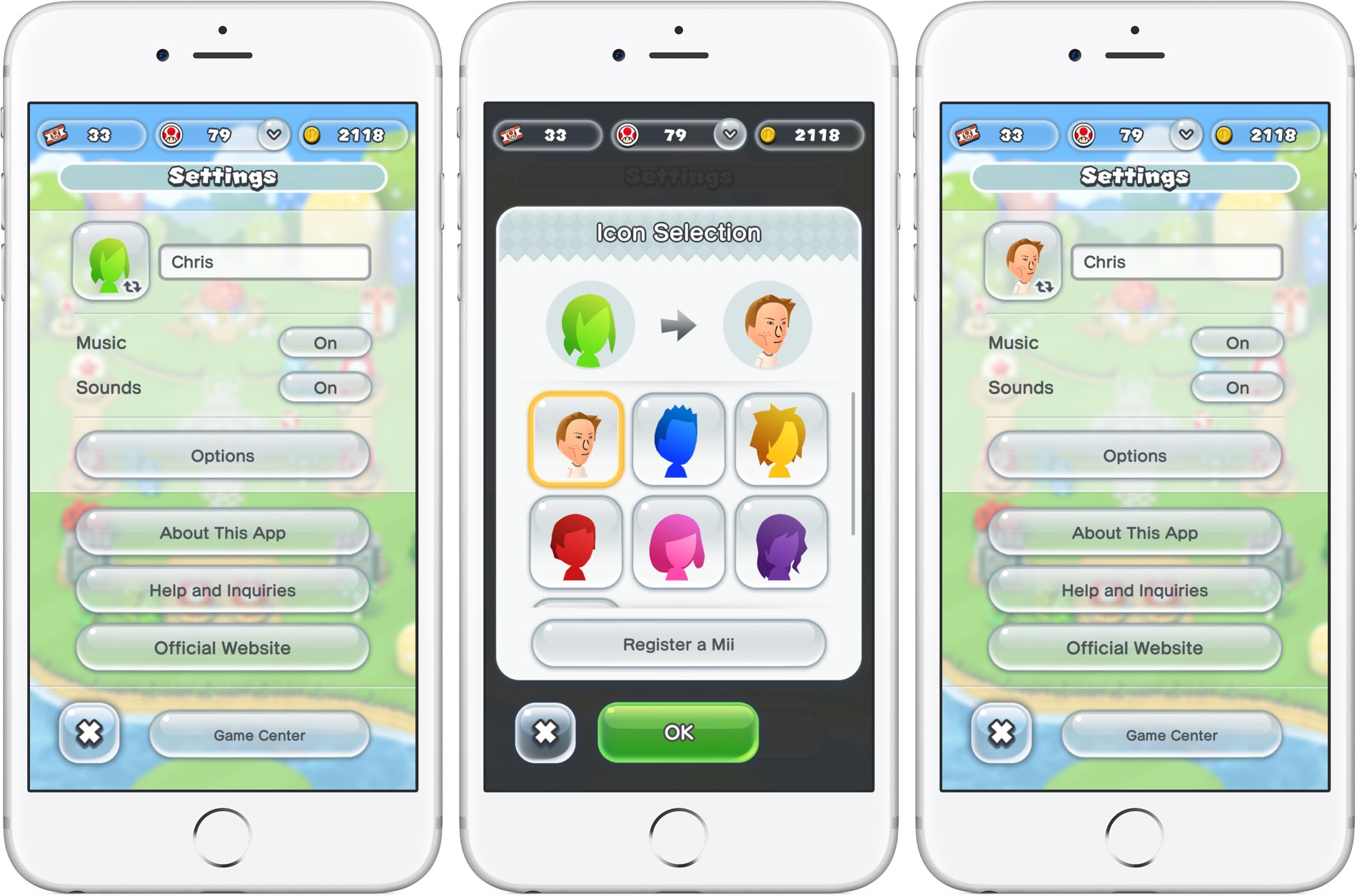 Now launch Super Mario Run, access the Link menu and follow the onscreen instructions to link your Nintendo Account if you haven’t already, which will let you choose your Mii character from the Settings menu to display as your player icon.