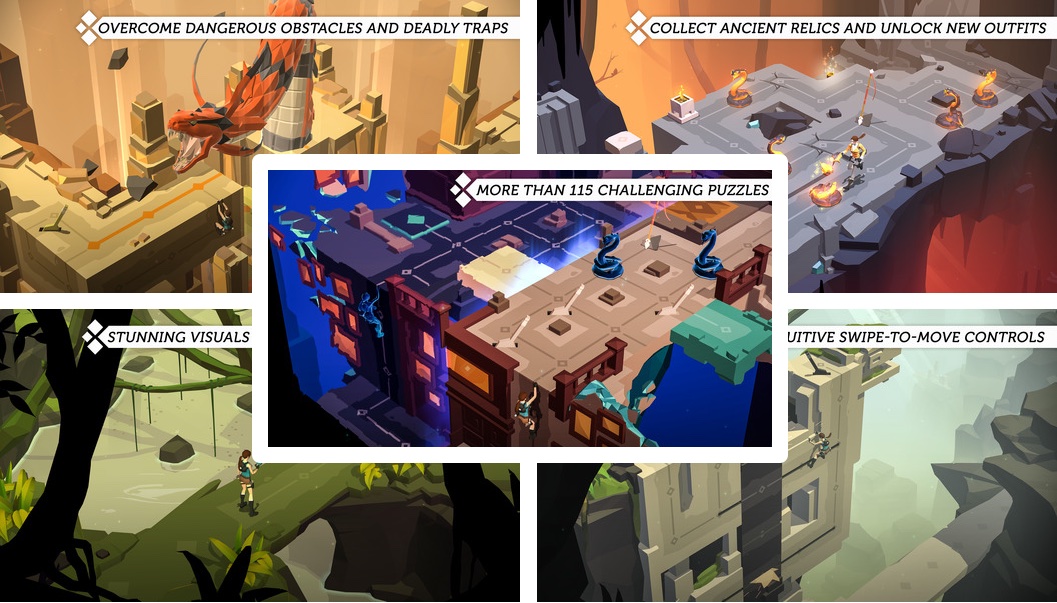 Developer Square Enix this morning issued a new content update to its turn-based isometric puzzle mobile game, Lara Croft GO. Bumping version number to 2.1.7, the game now lets you take Lara through a whole new journey in an alternate reality. Specifically, the update brings out a whole new chapter named Mirror of Spirits with 25 new puzzles and three new mechanics. As a bonus, players get a brand new Lara-themed sticker pack for iMessage. The update is available at no additional charge to those who have purchased the game.

In case you haven’t played the game yet, you control Lara in a manner that’s very different from other action adventures. Basically, each move works like taking turns on a board game. Of course, you must avoid various traps, fight monsters and find your way through ancient ruins by moving pillars, scaring off pythons and more.

These new levels arrived on PlayStation and PC a few months ago.

In my review of Lara Croft GO, I wrote that the game represents “the essence of adventure that feels unmistakably Tomb Raider-y”. This very much holds true today, more than a year and a half following the game’s App Store debut.

Lara Croft GO was Apple’s iPhone Game of the Year 2015 and we included it on our own Best Apps and Games of 2015 list.

If you’re a fan of Square Enix’s GO series, you can grab the GO Trilogy comprised of three great games—Lara Croft GO, Deus Ex GO and Hitman GO—for just $4.99. All three titles are compatible with the fourth-generation Apple TV.