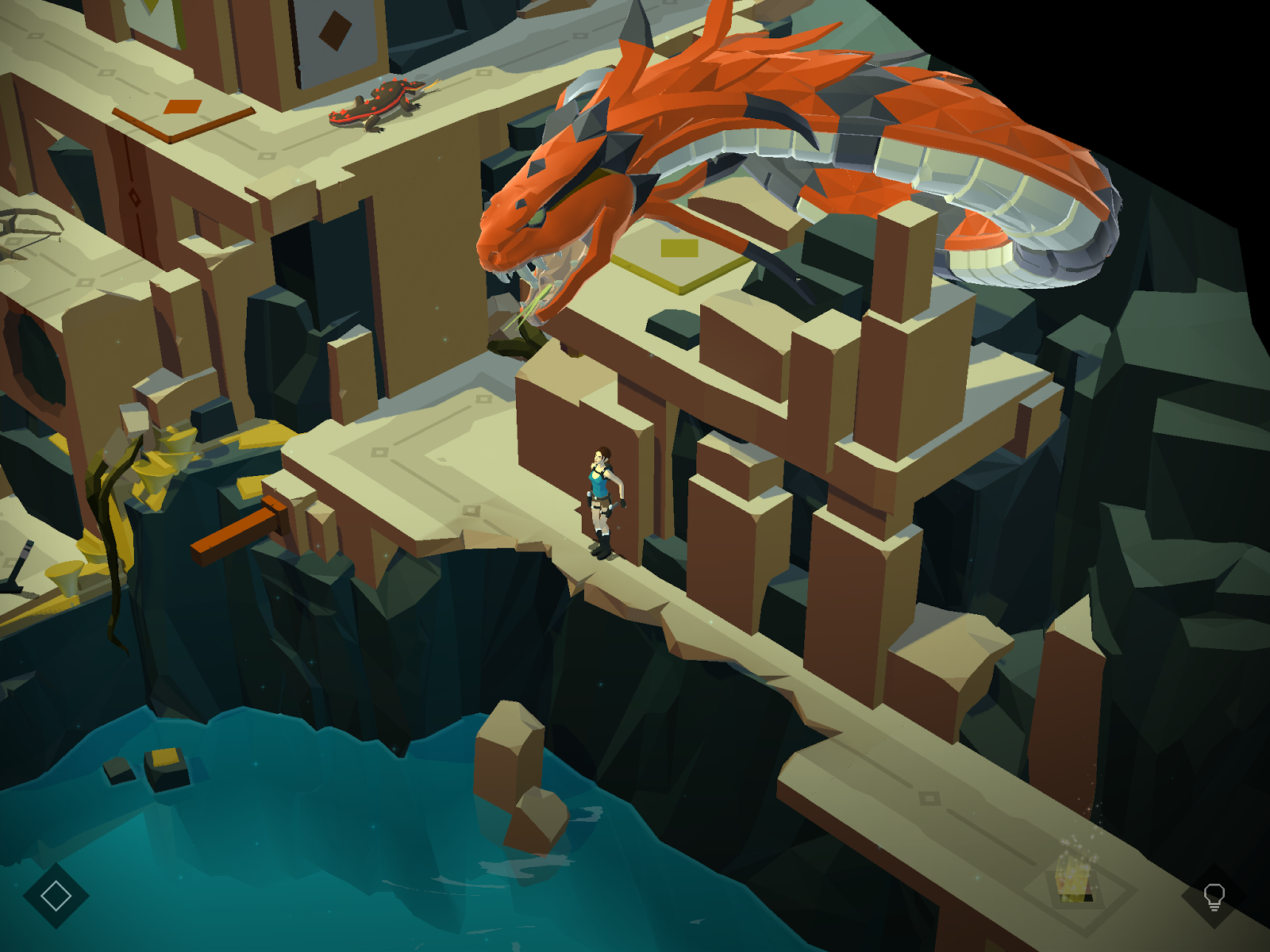 Good news for those of you who still play Asphalt 8 on your big screen TV just because it’s one of the best-looking titles available on the fourth-generation Apple TV: developer Square Enix just updated its award-winning GO titles—Lara Croft GO, Hitman GO and Deus Ex GO—with tvOS compatibility.

Already bought these games on iPhone and iPad? Get them on Apple TV at no additional charge via tvOS App Store’s Not on This Apple TV section! 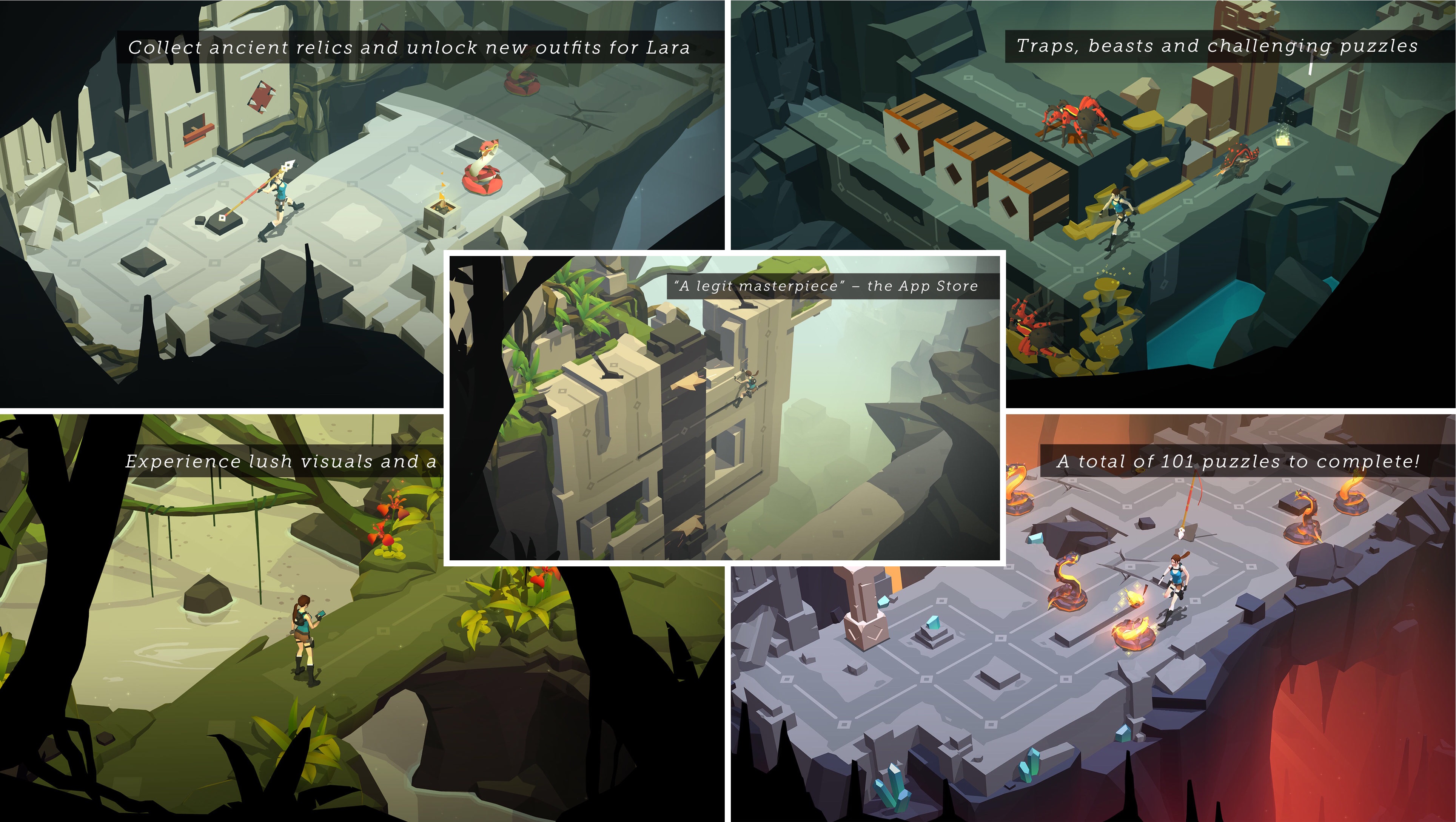 If you collect all of the hidden relics scattered around in each level, you’ll unlock new outfits for Lara. The game features mesmerizing soundtrack, artful animations, gorgeous visuals, addictive puzzles and smart level design.

For more information, read my review of the iOS edition and download Lara Croft GO for iPhone, iPad and Apple TV for just $1.99.

This turn-based puzzle infiltration game is set in a stylized interpretation of the Deus Ex Universe. You play as covert agent Adam Jensen who must use hacking, combat and augmentations to solve the most intricate puzzles of the entire GO series.

There are more than 50 challenging puzzles to solve in this game. 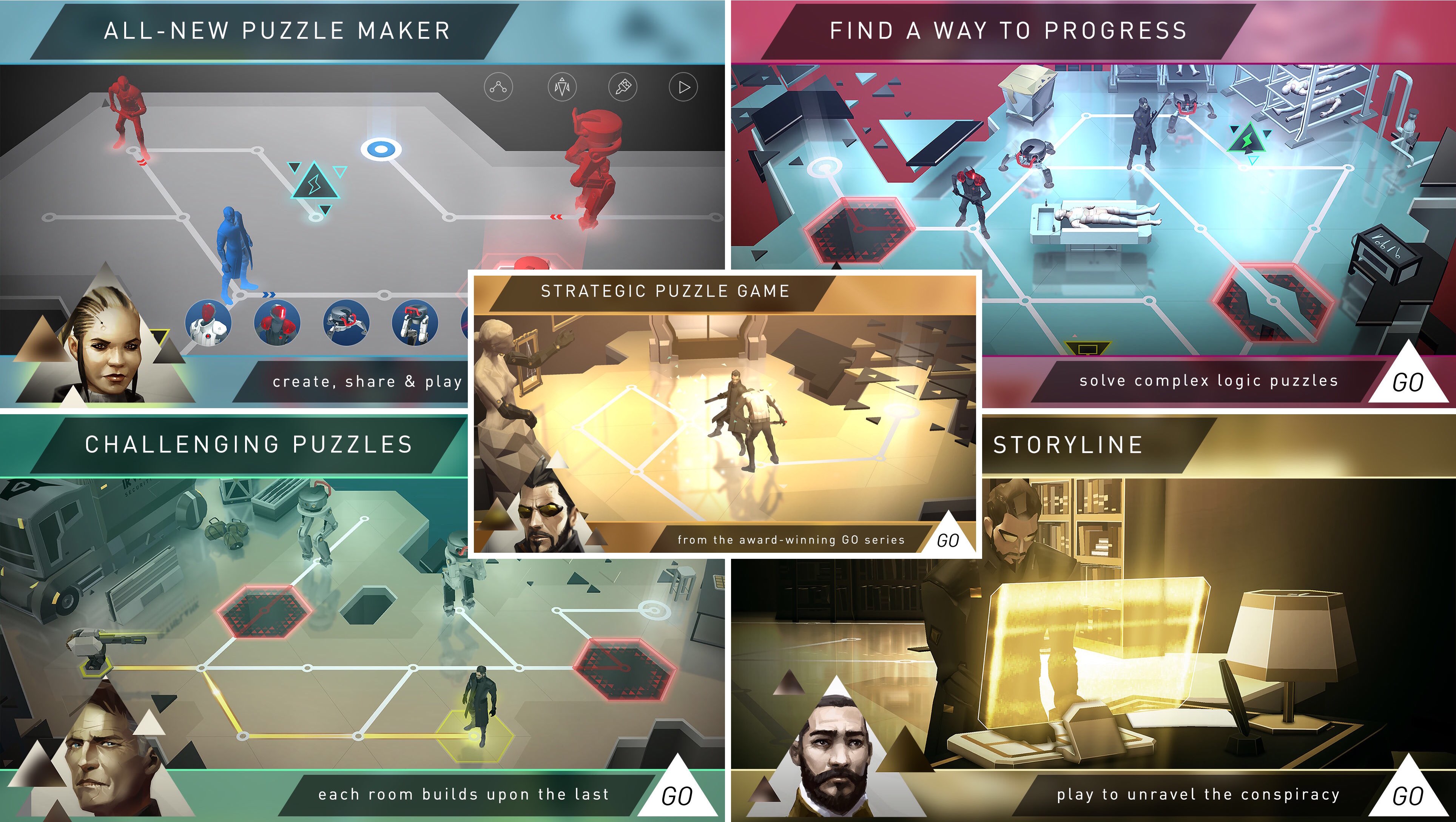 Deus Ex GO for iPhone, iPad and Apple TV is 60 percent off for a limited time so hurry up and get it for just $1.99 from the App Store.

The game that tarted the GO craze, Hitman GO launched on April 2014 and remains to this date among the best diorama-style puzzlers on the App Store. Using turn-based mechanics, Hitman GO has you navigating Agent 47 on a grid and using his tools of trade: distractions, disguises, hiding spots, sniper riffles and the iconic Silverballers. 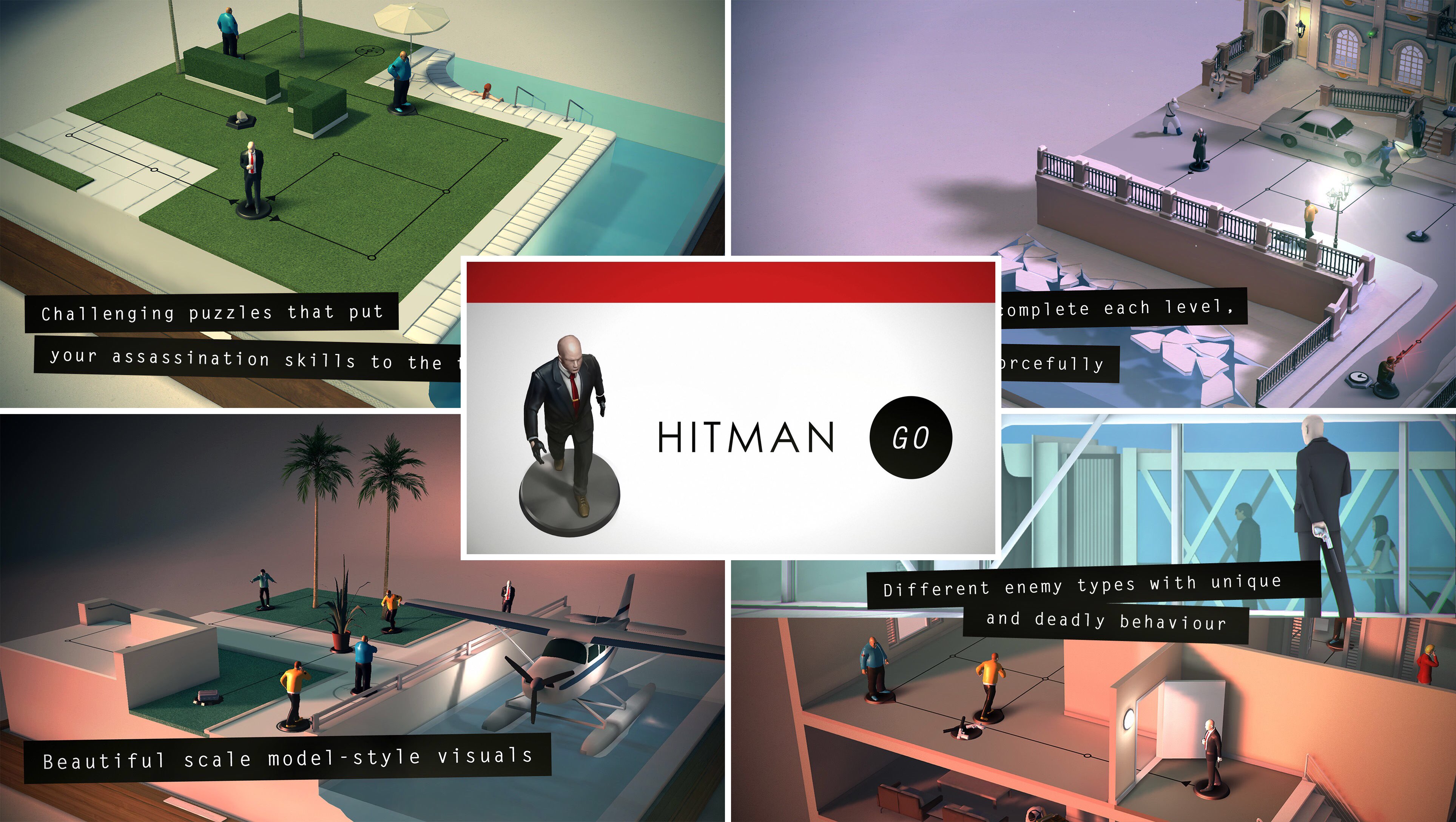 You can kill enemies along the way or avoid them. Will you play each level silently or forcefully? The choice is yours. In order to infiltrate well guarded locations and take out your target, you’re advised to avoid enemies unless specifically instructed otherwise.

Again, these games are universal downloads so you pay only once for the privilege of playing them on your iPhone, iPad, iPod touch or fourth-generation Apple TV.

Lara Croft GO, Hitman GO and Deus Ex GO are also available as part of the $4.99 GO Trilogy bundle. If you already own some of the GO games, use the App Store’s Complete My Bundle feature to get the remaining titles in the GO Trilogy bundle at a reduced price.