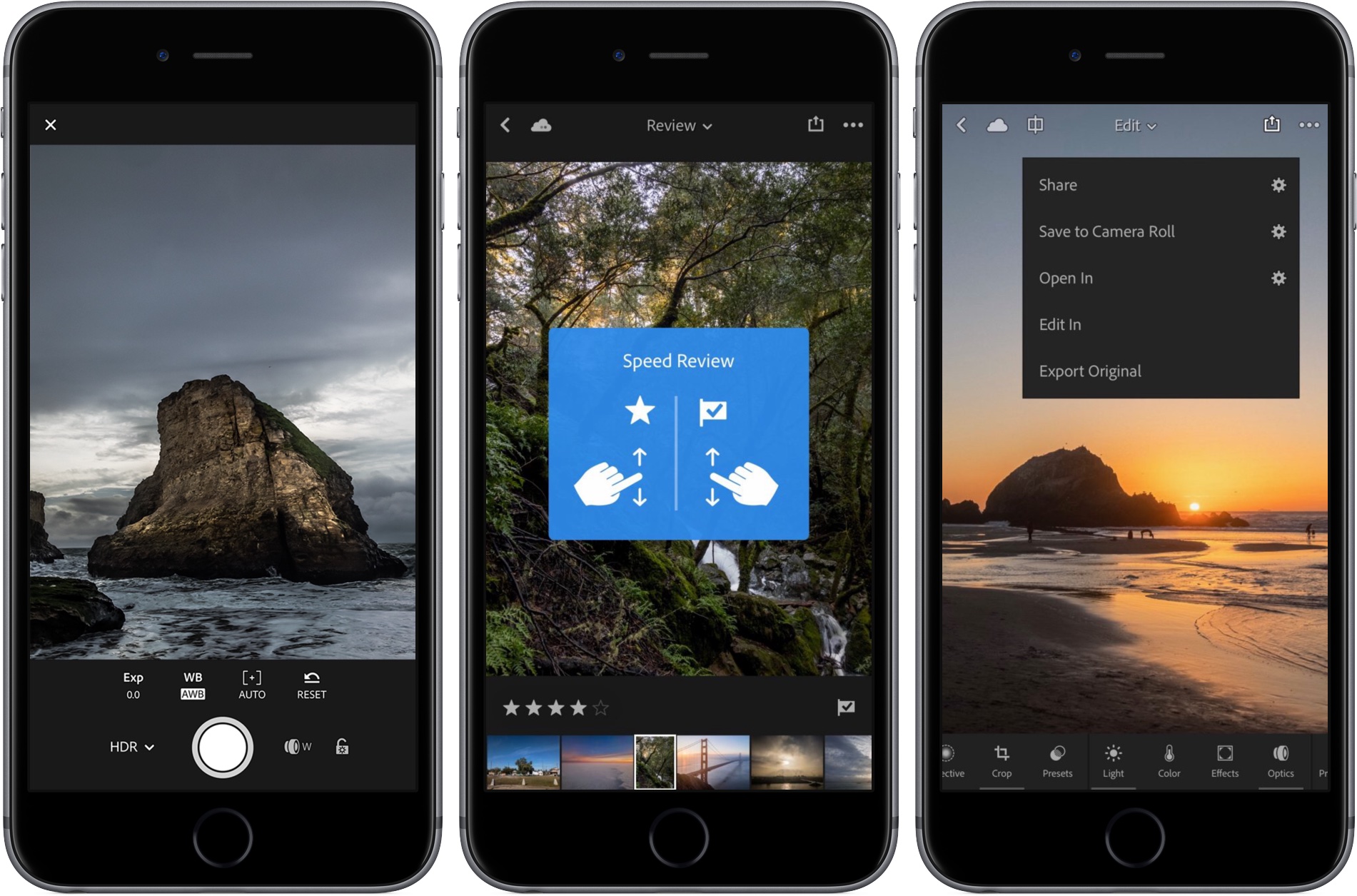 In the most recent update to Lightroom for iPhone and Lightroom for iPad, a dynamic range RAW capture that was previously only possible when shooting with a DSLR or mirrorless camera is now available on latest iOS devices.

Additional improvements in this edition of Lightroom for iOS include 3D Touch support on iPhone 6s/7 series, a Notification Center widget, the ability to export your original images, including DNGs and RAW files, and more.

With RAW HDR capture, the app automatically scans the scene to determine the correct exposure range. Lightroom then captures three RAW shots in a rapid succession that are automatically aligned, merged, deghosted and tonemapped.

The resulting 32-bit floating point DNG file offers the best possible image quality with a greatly increased dynamic range and the ability to edit and share right away.

In other words, you get all of the benefits of both an HDR and a RAW photo. 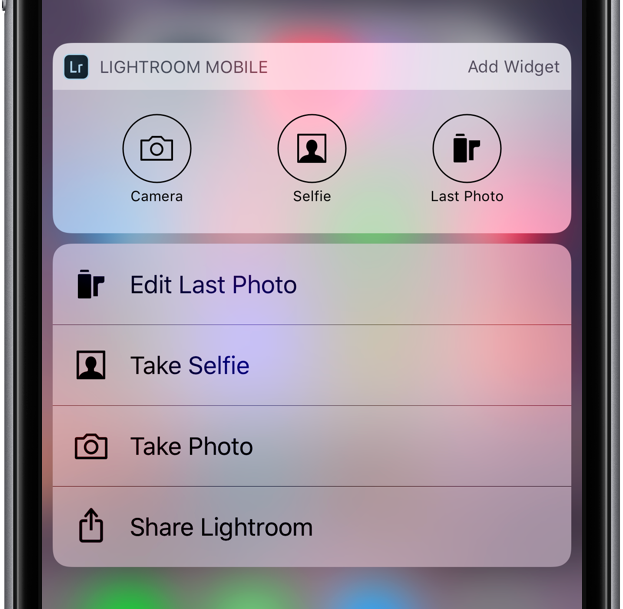 This is somewhat similar to iOS’s HDR capture, with one crucial difference: Apple’s own Camera app won’t let you take HDR photos in RAW mode.

“You could capture an HDR JPEG on your phone, though those images normally used only two shots and often failed to capture the full range of tonality in difficult lighting scenarios,” notes Adobe.

Watch the video tutorial below for some handy tips on using the new RAW HDR features in Lightroom for iOS, created by Adobe’s own Russell Preston Brown.

Here’s an overview of all the improvements in Lightroom 2.7 for iOS:

Lightroom was among the first apps to receive support for iOS 10’s RAW image capture mode back in September 2016. If you’re a Lightroom fan and rely on this app to edit, manage and synchronize your photos across devices, you may be interested in Adobe’s viewing-only Lightroom app for Apple TV.

Although Lightroom for iOS’s been available free of charge since October 2015, a Creative Cloud Photography Plan subscription is required to make the most of its advanced photography features.

Older devices are not supported due to hardware limitations.

Apps that do support RAW capture are allowed to save a paired RAW (DNG) + JPG asset in your Photos library. These assets can also be saved separately in Photos, in which case they lose their associated pairing.

Download Lightroom for iPhone and iPad free from App Store.