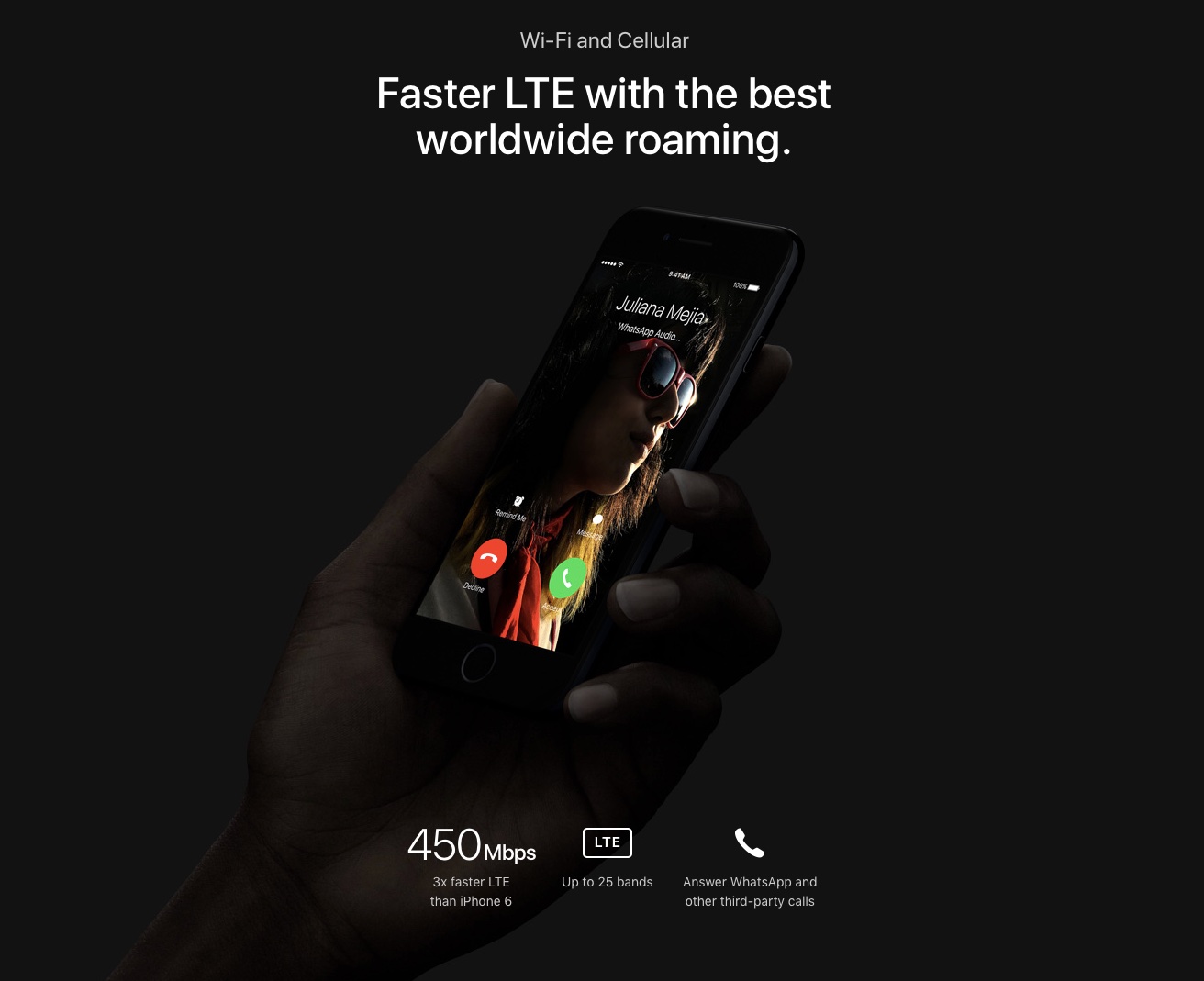 It’s capable of fiber-like LTE Category 18 downloads of up to 1.2 gigabits per second, or one-fifth faster than the previous X16 chip. Upload speeds go up to a theoretical maximum of 150 megabits per second. It’s expected to ship in the first half of 2018.

Only time will tell if Apple plans on dual-sourcing cellular modems from both Qualcomm and Intel, in which case 2018 iPhones could theoretically support faster-than-Gigabit-LTE downlink speeds of up to 150 megabytes per second.

Snapdragon X20 is built in a cutting-edge 10-nanometer FinFET process.

The chip supports up to 5x carrier aggregation across licensed and unlicensed radio frequencies, as well as 4×4 MIMO on up to three aggregated carriers.

Here are a few other perks provided by the X20:

It also delivers crystal clear VoLTE calls on dual-SIM devices (a first for Snapdragon LTE modems) with support for ultra-fast LTE data speeds on either SIM. With current technologies, voice calls on the second SIM are not in Ultra HD audio resolution.

The chip supports the 3.5-gigahertz band used by the Citizens Broadband Radio Service, which can be used to provide new services like private LTE-based networks.

Qualcomm has started sampling the new modem to customers and is expecting first commercial X20 chips to begin shipping in the first half of 2018.

What will Apple do?

Rival Broadcom cannot supply LTE modems—the company exited that market last year as it was losing about $2 million a day in the modem business. Intel’s modem chips in iPhone 7, on the other hand, perform slower than their Qualcomm counterparts.