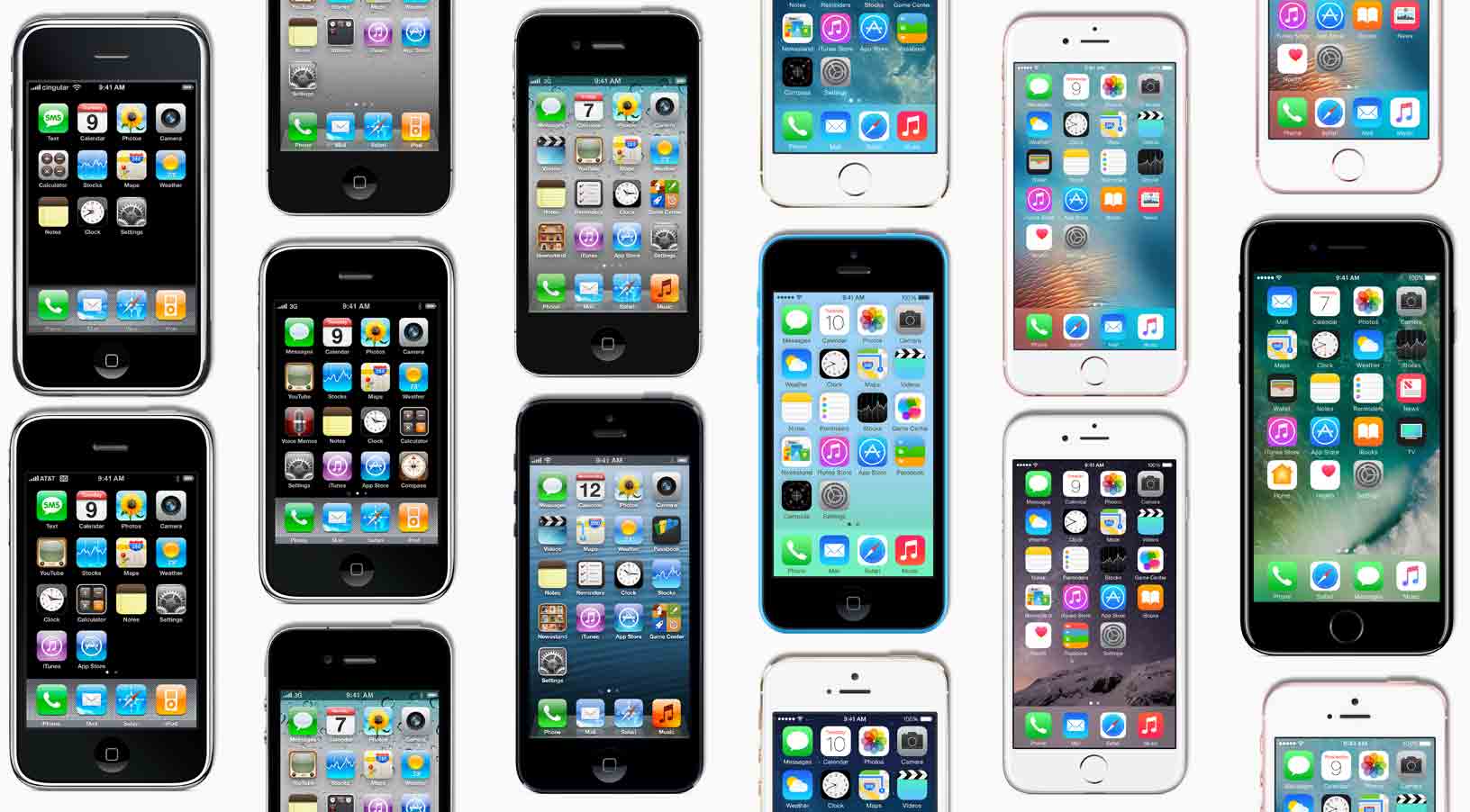 Apple on Friday announced it’s suing iPhone modem supplier Qualcomm, which owns many wireless patents, “after years of disagreement over what constitutes a fair and reasonable royalty”. The suit argues Qualcomm withheld nearly $1 billion in payments it owes to Apple as retaliation because Apple cooperated with the Korea Fair Trade Commission. Last month, Korean regulators slapped Qualcomm with a $850 million fine over its patent-licensing practices.

Apple’s suit, filed in federal district court in the Southern District of California, accuses Qualcomm of charging royalties for technologies “they have nothing to do with.” Responding to the complaint, Qualcomm called Apple’s claims groundless and said they “misrepresented facts”.

The complaint seeks $1 billion in rebate payments that Apple claims San Diego-based Qualcomm withheld as retribution for its participation in an investigation by South Korea’s antitrust regulator.

Qualcomm’s treasure trove of patents around a technology that lets handsets and cellular networks communicate account for most of its pretax profit. Just to give you an example, devices sold by Apple and Samsung accounted for nearly half of Qualcomm’s $23.5 billion revenue in its latest fiscal year.

Apple in a statement issued to multiple media outlets charged Qualcomm with reinforcing its dominance through exclusionary tactics and seeking onerous terms for patents which are at the heart of the global smartphone industry. 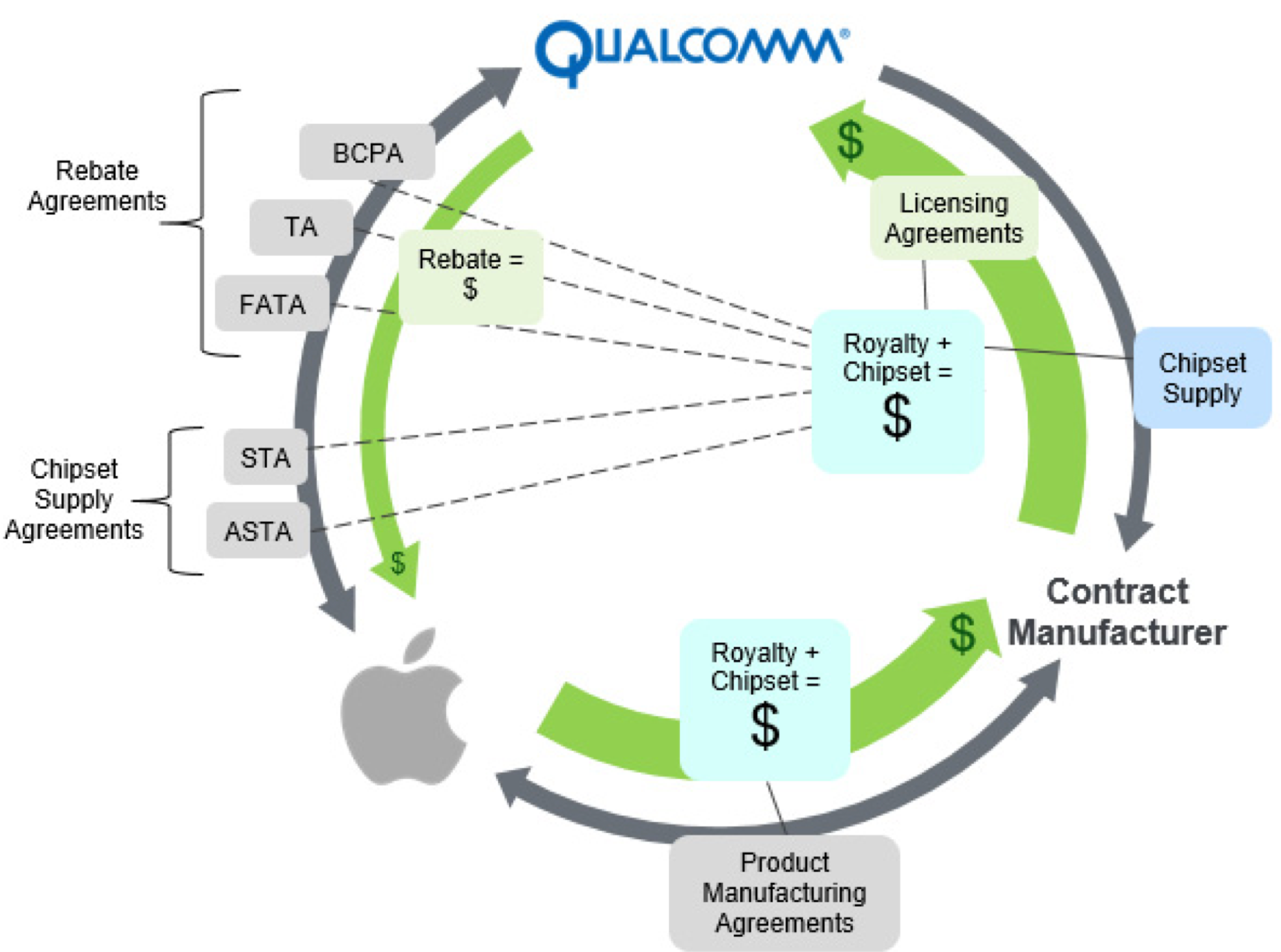 Those terms gave Qualcomm about five percent of the average price of an iPhone.

The problem is, Qualcomm’s cut stayed the same even as Apple added pricey components like Touch ID, better cameras and higher-resolution screens that increased production cost of the handset and lowered its own margins. No matter the iPhone’s cost, Qualcomm would collect the same royalty percentage on the more expensive iPhone models, and therefore a larger dollar amount, according to the suit.

Apple’s claims echo the FTC’s complaint that Qualcomm required Apple to exclusively use its chips in iPhones from at least 2011 to 2016. In 2016, Apple for the first time dual-sourced baseband modems for iPhone 7 from both Qualcomm and Intel.

Qualcomm charged Apple “at least five times more in payments than all the other cellular patent licensors we have agreements with combined,” reads the suit.

For many years Qualcomm has unfairly insisted on charging royalties for technologies they have nothing to do with. The more Apple innovates with unique features such as Touch ID, advanced displays and cameras, to name just a few, the more money Qualcomm collects for no reason and the more expensive it becomes for Apple to fund these innovations.

Qualcomm built its business on older, legacy, standards but reinforces its dominance through exclusionary tactics and excessive royalties.

Despite being just one of over a dozen companies who contributed to basic cellular standards, Qualcomm insists on charging Apple at least five times more in payments than all the other cellular patent licensors we have agreements with combined.

To protect this business scheme Qualcomm has taken increasingly radical steps, most recently withholding nearly $1 billion in payments from Apple as retaliation for responding truthfully to law enforcement agencies investigating them.

Apple believes deeply in innovation and we have always been willing to pay fair and reasonable rates for patents we use. We are extremely disappointed in the way Qualcomm is conducting its business with us and unfortunately after years of disagreement over what constitutes a fair and reasonable royalty we have no choice left but to turn to the courts.

“We welcome the opportunity to have these meritless claims heard in court where we will be entitled to full discovery of Apple’s practices and a robust examination of the merits,” said Don Rosenberg, Qualcomm’s General Counsel.

Rosenberg added that the Cupertino firm has failed to acknowledge “the enormity and value of the technology” Qualcomm invented.

Here’s everything Qualcomm said in the statement:

While we are still in the process of reviewing the complaint in detail, it is quite clear that Apple’s claims are baseless. Apple has intentionally mischaracterized our agreements and negotiations, as well as the enormity and value of the technology we have invented, contributed and shared with all mobile device makers through our licensing program.

Apple has been actively encouraging regulatory attacks on Qualcomm’s business in various jurisdictions around the world, as reflected in the recent KFTC decision and FTC complaint, by misrepresenting facts and withholding information.

Apple’s suit against Qualcomm comes in light of the FTC filing that identified Apple as a key purchaser of Qualcomm chipsets. The Cupertino firm is taking Qualcomm to court because, in Apple’s own words, it’s demonstrated “willingness to retaliate swiftly against Apple when it believes agency or other actions are contrary to its interests.”

Three days ago, the United States Federal Trade Commission (FTC) sued Qualcomm, alleging it engaged in unlawful tactics to maintain a monopoly on a type of chip used in smartphones. The FTC’s suit charged Qualcomm with forcing Apple and other vendors into using its baseband modem chips in exchange for better royalties.

Qualcomm has denied allegations that it was bribing Apple to use its silicon, saying it would fight the FTC suit because it believes it’s based on inaccurate information.

The full text of Apple’s lawsuit against Qualcomm can be found on Scribd.