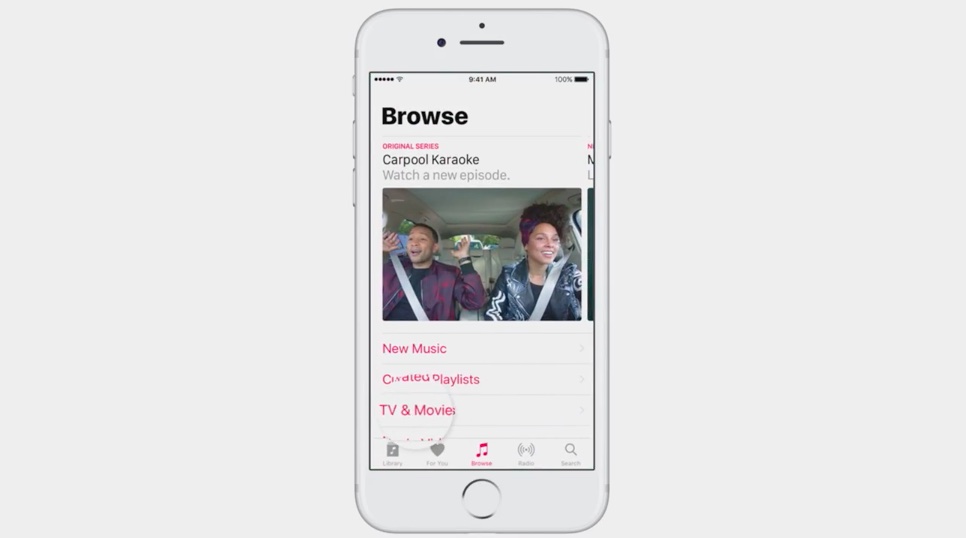 Apple Music appears to be at the heart of the Cupertino company’s strategy for original television shows, with a new section headlined “TV & Movies” being added to desktop iTunes and the Music app on iPhone, iPad and Apple TV, as revealed in the promotional trailer for ”Planet of the Apps”.

As you know, Apple is making a deeper push into producing its own stable of original TV shows, with an unscripted reality TV show called “Planet of the Apps” and a spinoff series based on James Corden’s “Carpool Karaoke” scheduled to air this spring on Apple Music, the company’s subscription music service.

The new section currently promotes the upcoming “Planet of the Apps” and “Carpool Karaoke” shows, but its very existence points to the strong possibility of additional Apple-produced TV shows and movies coming to Apple Music. 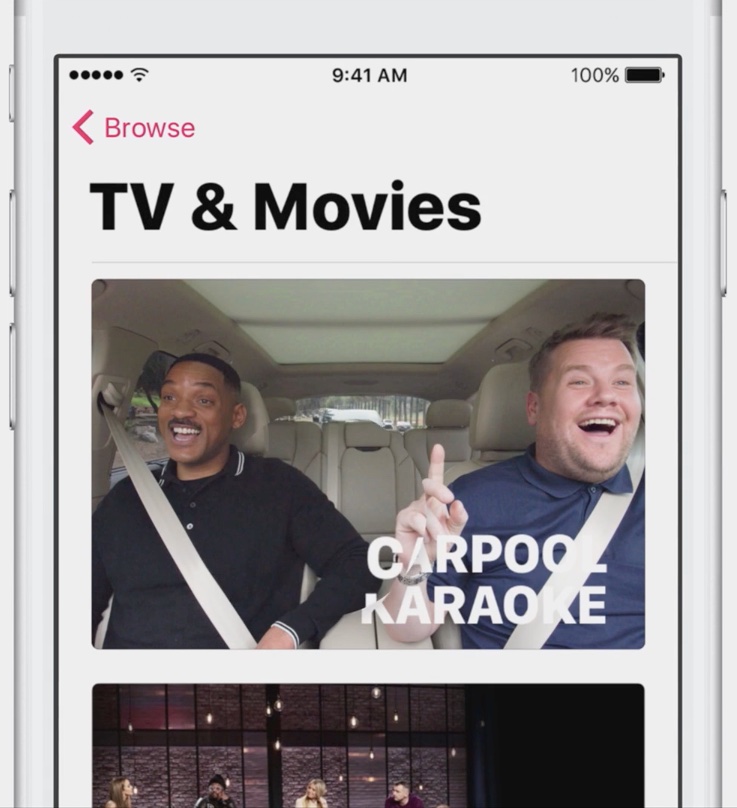 On iPad, individual episodes use a grid-like representation.

Tapping on an episode starts the playback in a video viewing card, not unlike music videos. The video can be taken fullscreen or minimized in the mini player. A version of the section aimed at the Music app for the fourth-generation Apple TV is also rolling out.

It’s unclear when the new section might go live and if it would require a software update (it’s not showing up yet in the Music app on the latest iOS 10.3 beta).

While the upcoming shows will be distributed via Apple Music on iPhone, iPad, iPod touch, Apple TV and Mac and Windows PCs via desktop iTunes, Apple hopes to experiment with other ways of viewing the content. For instance, “Planet of the Apps” will come with an app that will provide a more immersive experience and let viewers watch current and past episodes. 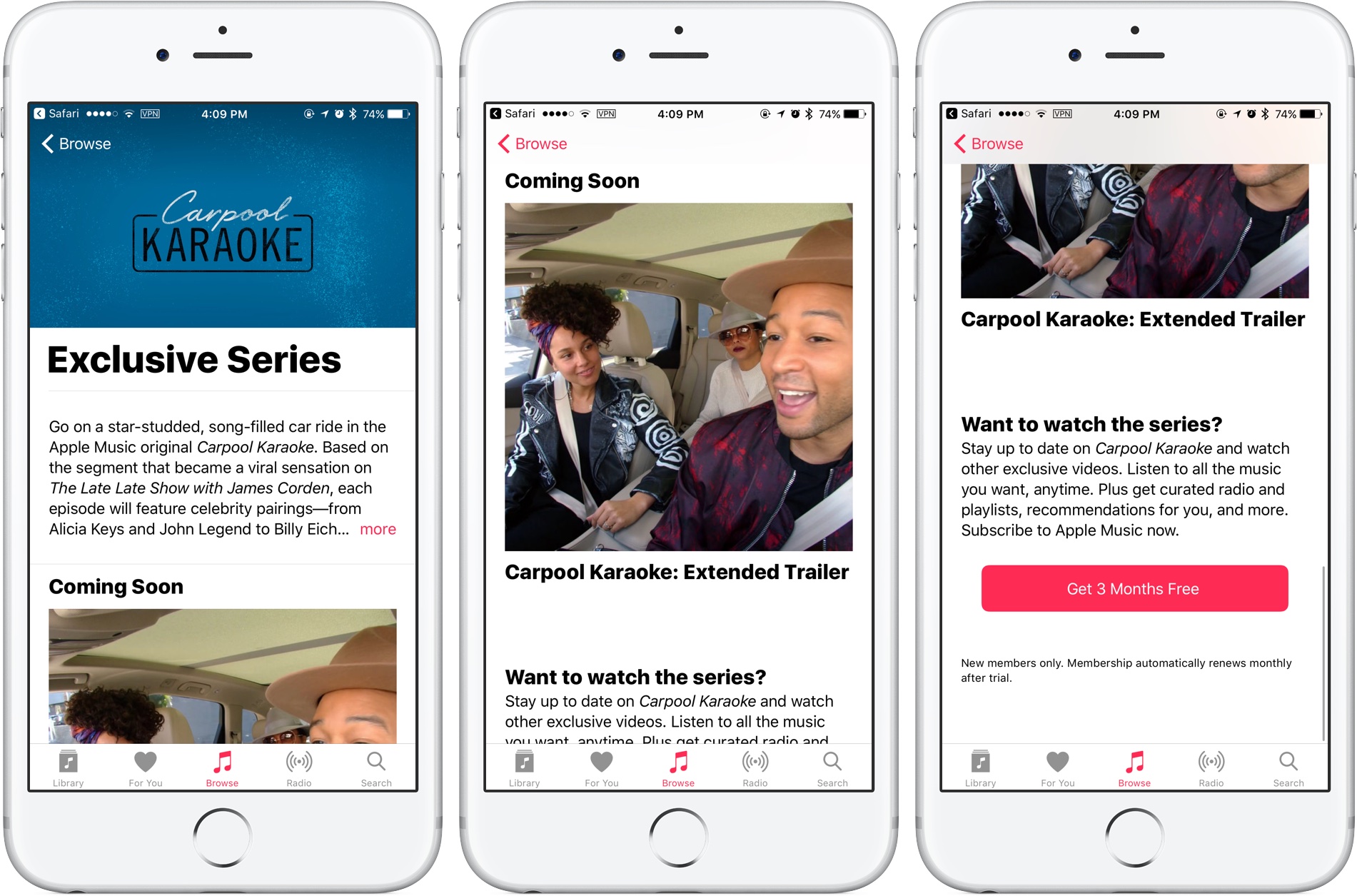 According to Apple’s Senior Vice President of Internet Software and Services Eddy Cue at Recode’s Code Media conference yesterday, the success of exclusive Apple Music video content that the company produced for Drake and other artists has motivated the team to push deeper into original TV production.

The nature of how people view content is evolving, said Cue, as watching the linear TV the old-fashioned way is becoming more and more archaic with each passing day.

“I think the thing we can all agree on today is that it’s changing,” Cue said.

About 18 months in, Apple Music has more than twenty million paying customers. It’s is the fastest-growing subscription service Apple knows about, according to Cue.

During the conference, Cue also played the trailers and shared a few previously unknown details about the upcoming shows. Does watching these trailers make you wanna sign up for Apple Music to watch “Carpool Karaoke” and “Planet of the Apps”?