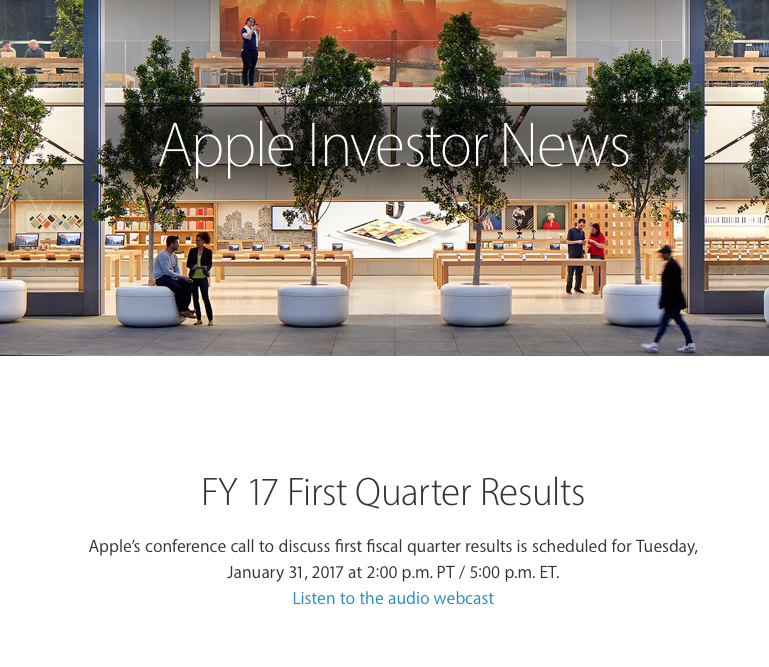 Apple is planning to announce its earnings results for Q1 of [fiscal] 2017 on January 31. The company on Wednesday updated its investor website to show that it will be hosting a conference call to discuss the quarter that Tuesday at 2:00pm PT.

Apple’s first quarter is of course its holiday quarter, which covers the popular 3-month holiday shopping period between October and December. And as usual, all eyes will be on the company to see if it was able to solve its recent growth problems.

Its last holiday quarter, however, was record-breaking. Apple sold 74.8 million iPhones and generated nearly $75.6 billion in revenue. Expect the company to be held to a similar standard by analysts when it announces its earnings for Q1 2017.