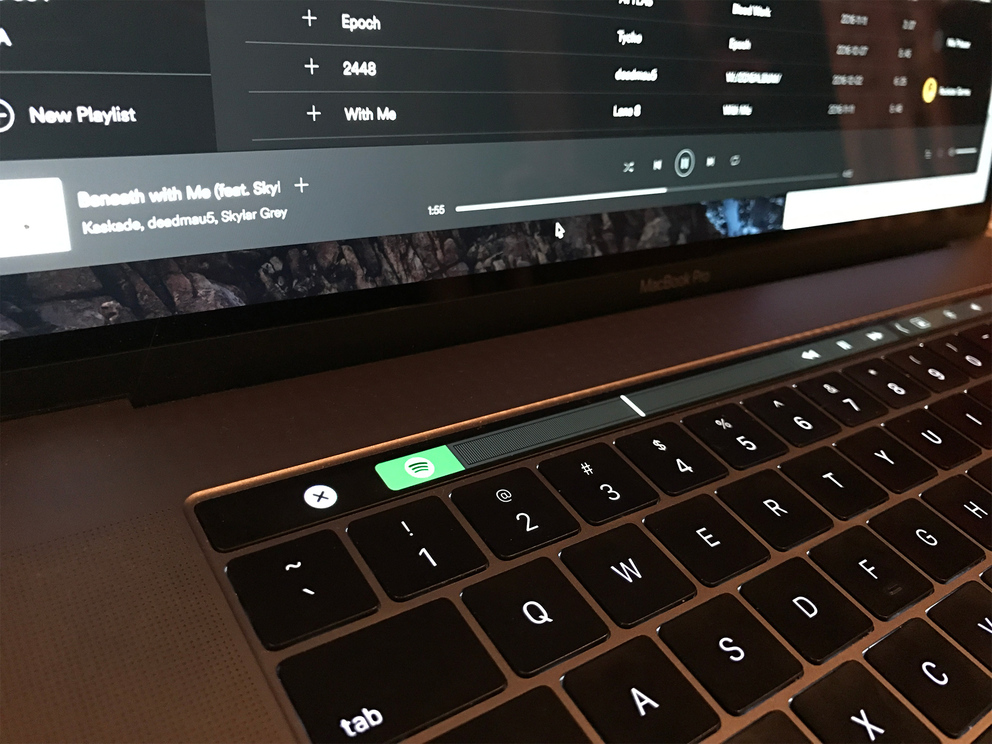 Spotify for Mac was updated this morning with support for Touch Bar shortcuts on the new MacBook Pro models, German outlet Giga.de reported. A few handy music-playback controls are now available in Spotify’s Mac app directly from the Touch Bar, including common controls such as transport and search, as well as persistent Now Playing buttons like play, pause, shuffle, repeat and the volume slider.

And if you own AirPods and you take one AirPod out of your ear, Spotify will pause any currently playing track. Put the earbud back in your ear and Spotify automagically resumes music playback.

The AirPods auto-pause feature is available in iTunes and Apple Music for Mac, too.

Spotify for Mac can be downloaded directly from the official website.