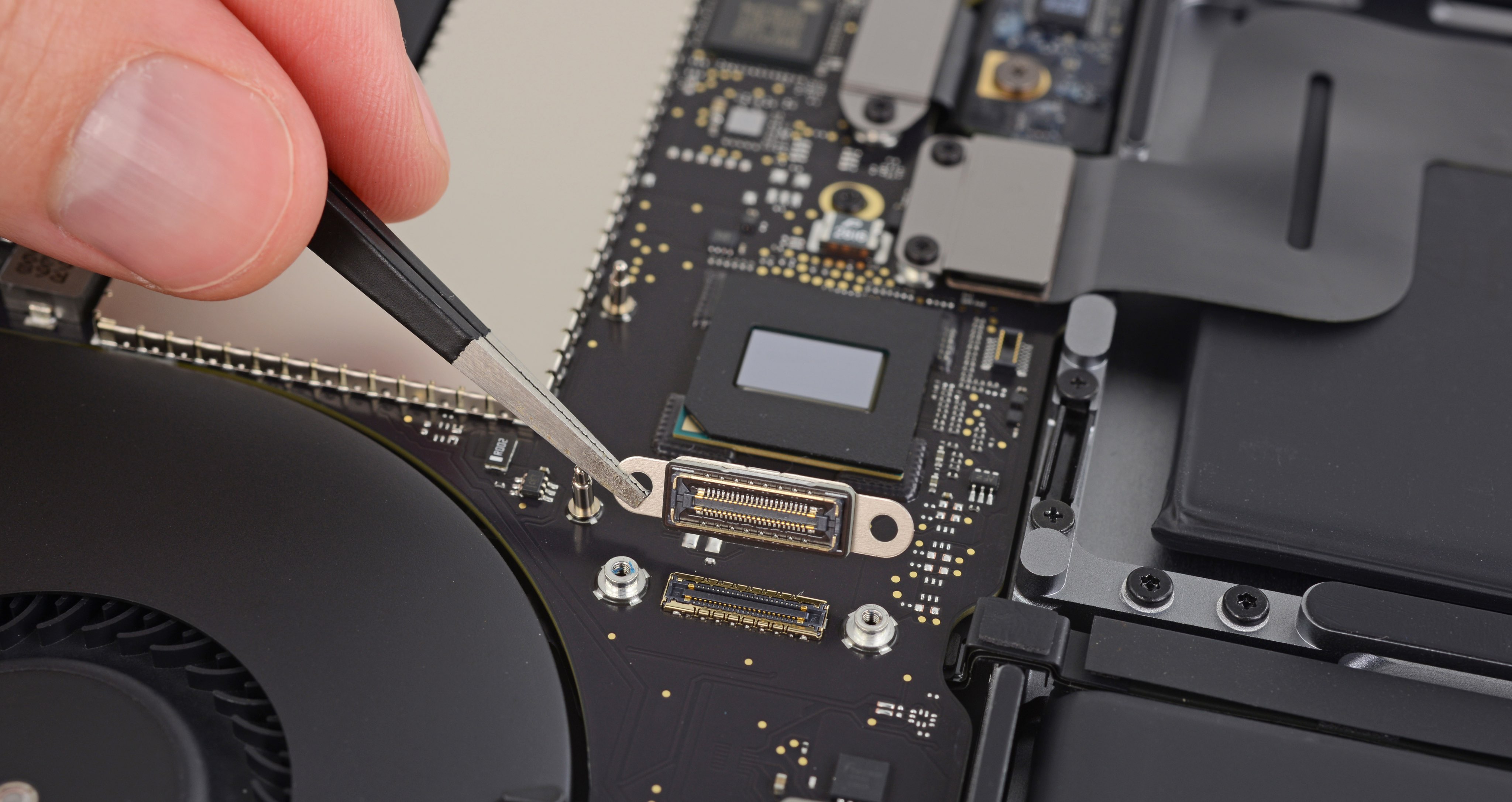 iFixit’s teardown analysis of both the 13 and 15-inch MacBook Pro with Touch Bar has found a non-removable SSD inside soldered to the logic board. In contrast, non-Touch Bar Pros use a removable PCIe-based SSD, simplifying upgrades.

iFixit discovered that Touch Bar Pros include a hidden connector on the logic board that leads nowhere which, as reported by 9to5Mac, works in conjunction with a special tool to let service technicians rescue data in case of a hardware failure.

The mystery connector on the logic board, pictured top of post, give Apple a way to access data on a dead MacBook Pro’s soldered-down SSD, using a special tool you see photographed below.

9to5Mac reports that Apple will be offering any 2016 MacBook Pro customers still under warranty attempted data transfer in the event the device doesn’t boot, according to sources familiar with Apple’s repair process. An authorized service technician simply inserts a faulty logic board in the holder to transfer data.

“Apple’s new customer data migration tool is specifically designed for the 2016 MacBook Pro and includes a logic board holder with power adapter that allows repair staff to insert your logic board and connect it via USB-C to another MacBook Pro,” explains 9to5Mac.

The company will reportedly offer to transfer data for any Touch Bar-equipped MacBook Pro’s logic board, SSD, Touch ID or wireless card failures as long as the machine is still covered under the standard one-year AppleCare hardware warranty.

“Since Touch ID is also attached to the logic board, Apple will have to replace both together if one or the other fails,” notes 9to5Mac. Certain Touch ID issues may not require a hardware replacement because Apple stores will have parts to do Touch ID calibration.