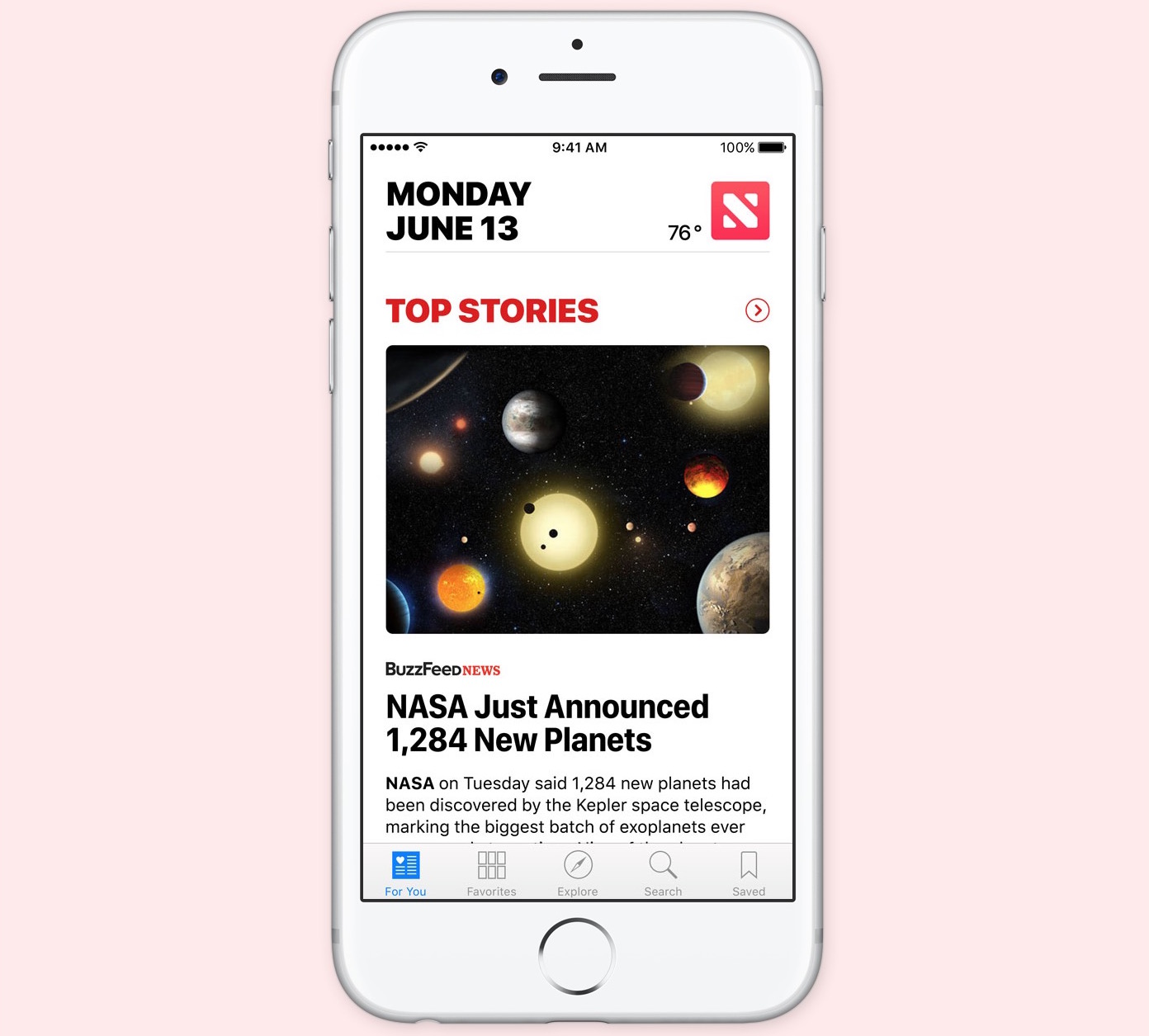 As you know, Apple shuttered its in-app iAd advertising network back in the summer because selling ads is “just not something we’re good at”. A new report this morning from Recode revealed that the iPhone maker is leaving the creation, selling and management of ads on its Apple News service to the ad sales teams over at NBCUniversal.

“Apple is going to hand over ad sales for the app to Comcast’s NBCUniversal in an exclusive deal that starts in January,” reports the outlet.

Any ad inventory on Apple News sold by NBCUniversal is going to be subjected to the same 70:30 revenue sharing scheme which Apple originally pitched to publishers back when it’d been selling ads on News itself. In other words, NBCUniversal gets to keep thirty percent of proceeds from any ads they sell on Apple News.

An internal memo by NBCUniversal sales boss Linda Yaccarino confirmed that the company would create a dedicated sales group for Apple News.

Publishers can also choose to bypass the middlemen and sell their ads directly on Apple News, in which case they’re entitled to keep 100 percent of ad revenue to themselves.

At the iPhone 7 unveiling last month, Tim Cook said Apple News had passed 70 million unique users, but the milestone isn’t that much surprising given the app has a major advantage of being shipped preinstalled on iPhones and iPads.

Apple News is currently available in the United States, but you can make the app appear on your device by changing your regional settings.