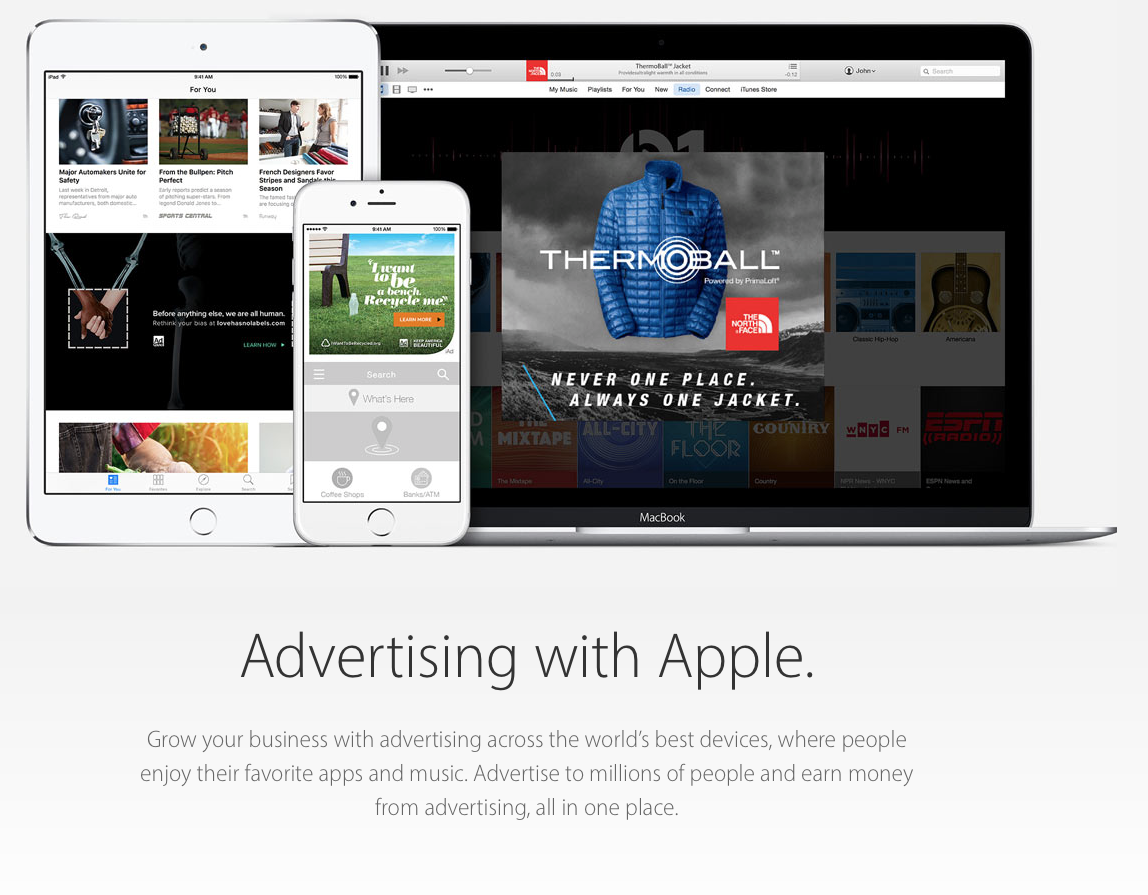 Apple is moving to phase out its in-house iAd sales team, reports BuzzFeed’s John Paczkowski. Citing sources familiar with the matter, the well-connected journalist says the company plans to move to a more automated platform in which the publishers take care of the heavy lifting.

“It’s just not something we’re good at,” one source told Paczkowkski. “And so Apple is leaving the creation, selling, and management of iAds to the folks who do it best: the publishers.” Apple is said to be updating its iAd tools and software to allow publishers to sell through it directly.

Apple is phasing out its iAd sales force entirely and updating the iAds platform so that publishers can sell through it directly. And publishers who do so will keep 100% of the revenue they generate. It’s not clear what this means for Rubicon Project, MediaMath, and the other ad tech companies that had been overseeing programmatic, or automated, demand-side ad buying on the platform, but it doesn’t look good. Since everything can be done directly through the updated iAd platform, it’s likely that most of it will. “The big publishing groups will just fold programmatic buys into the stuff they’re selling across all their properties,” one source explained. iAd sales team members will be offered buyouts and released into the wild. The move is coming soon, perhaps as early as this week.

You may remember, Steve Jobs himself unveiled the iAd platform during Apple’s iOS 4 keynote in 2010. The original pitch sounded promising—well designed, interactive ads within apps—but high pricing and other management problems have severely hampered platform adoption.