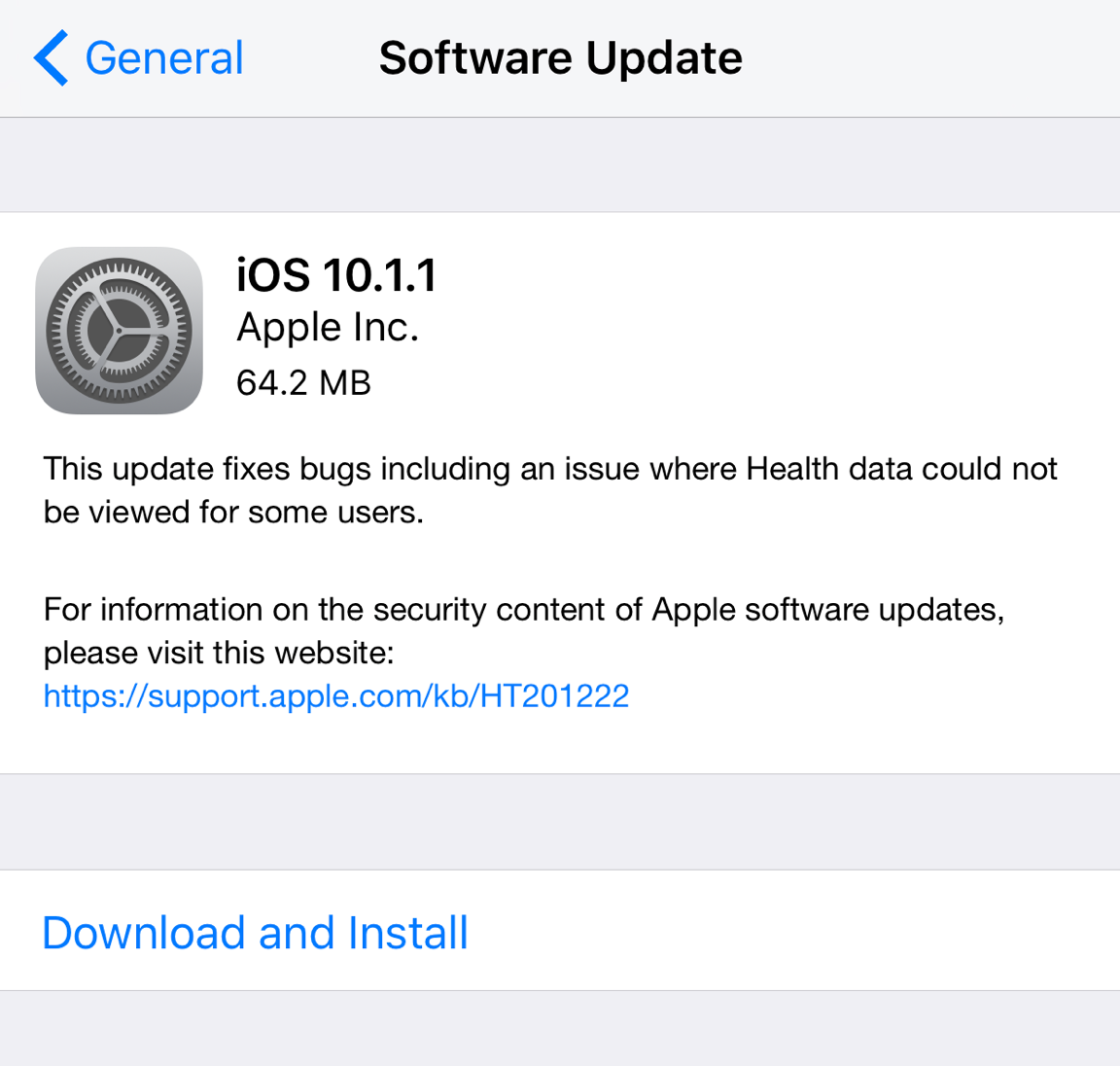 Apple on Monday released iOS 10.1.1, a minor update for all iPhones, iPod touches, and iPads with bug fixes.

According to the Software Update page, iOS 10.1.1 simply fixes a problem where Health data would become unviewable for some users while trying to access it.

You can upgrade to the new firmware over the air (OTA) via Settings → General → Software Update from the device itself or through iTunes as the update rolls out. The firmware is also available via our downloads page as always.

iOS 10.1.1 comes one week after the public release of iOS 10.1, which brought the Portrait Mode photography feature to the iPhone 7 Plus, as well other improvements and bug fixes across the board for Apple’s lineup of iPhones and iPads.

By the looks of things, the Health data bug wasn’t very common, but it was a problem nevertheless. Were you one of the ones affected by the bug?