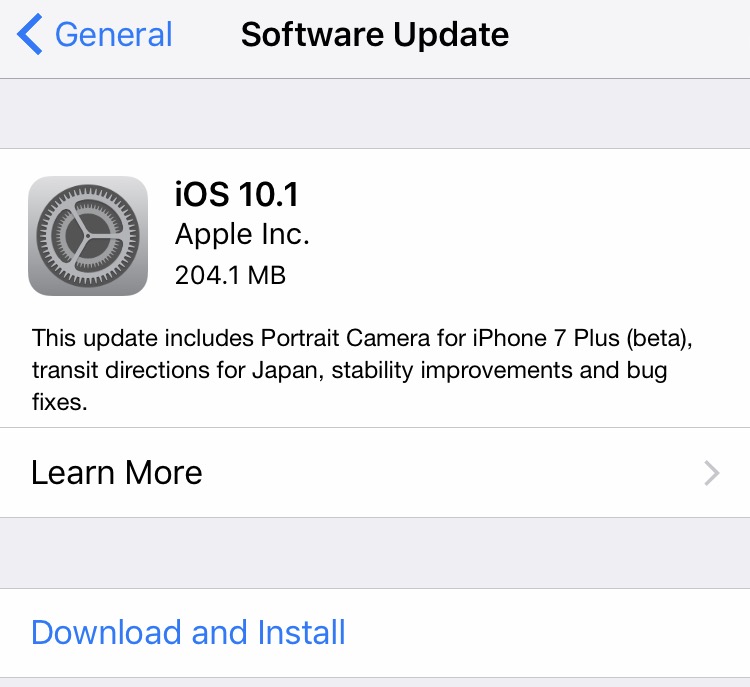 Apple on Monday pushed out the iOS 10.1 software update for iPhone and iPad. The release comes after more than a month of beta testing, and it includes various improvements and one major new user-facing feature: Portrait mode, which is exclusive to the dual-camera iPhone 7 Plus.

First introduced at Apple’s iPhone event in September, Portrait mode is a new setting in the stock Camera app that uses the 7 Plus’ wide angle lens to gather perspective data for a photo. This allows the handset to take photos with a depth-of-field, or ‘bokeh,’ effect with blurry backgrounds.

iOS 10.1 also comes with transit directions for users in Japan.

Rounding out the update is the usual stack of bug fixes and improvements. To install the update, open the Settings app and select General > Software Update. You can also grab the standalone version from our Downloads page and install via iTunes.