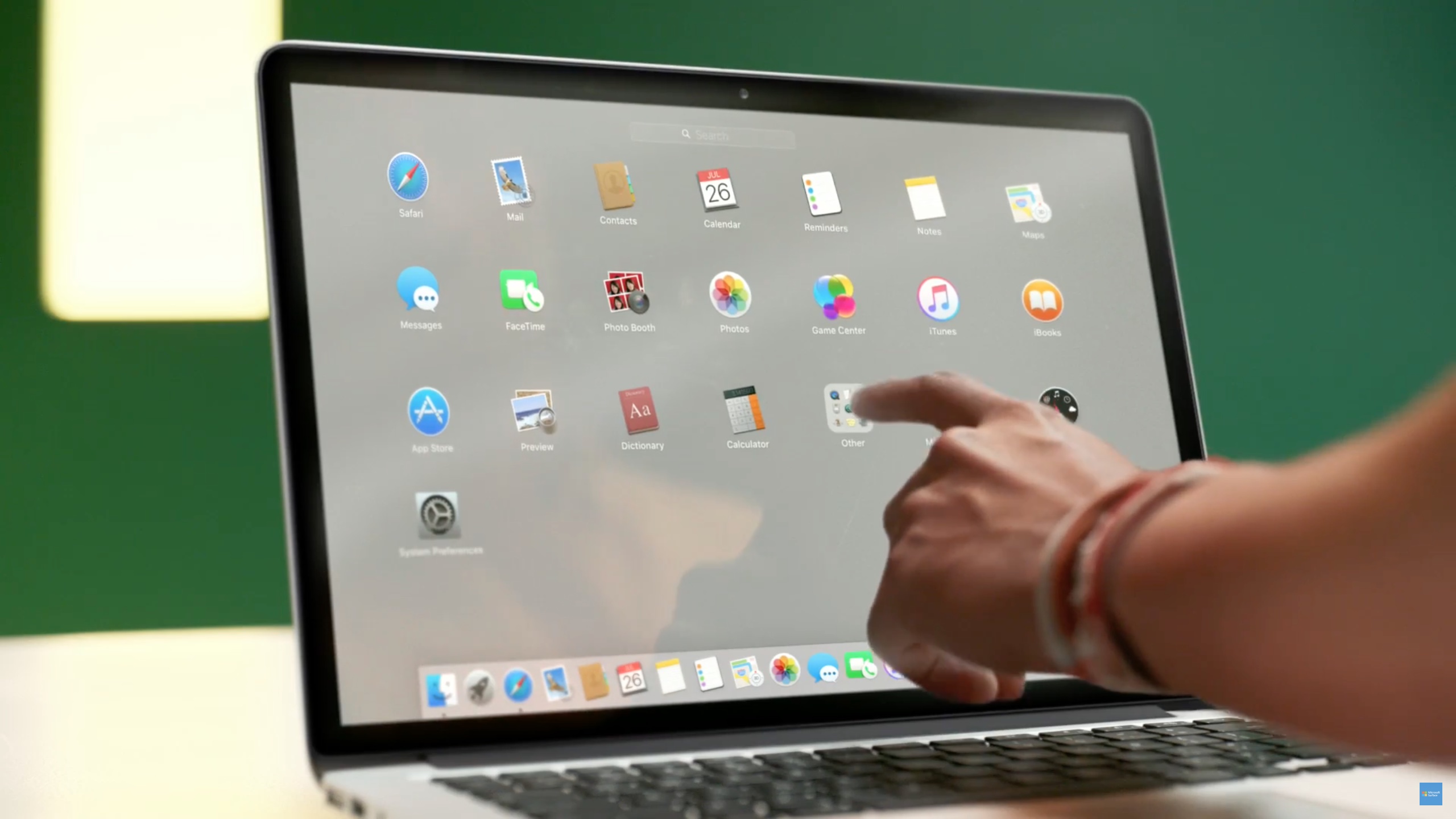 It’s been only three days since Microsoft’s advertising department unleashed a new ad salvo at Apple’s direction in the form of a commercial for its Surface Pro 4 tablet/laptop hybrid and now it’s posted yet another video to conveniently reiterate its message ahead of iPhone 7’s launch tomorrow. Titled “Power of Touch”, the 30-second commercial doubles down on the ”the Mac lacks a touchscreen” theme.

Not only does Microsoft poke fun of the fact that Macs are long overdue for a refresh (yours supposedly “ain’t fast enough” lately), but also disses the Mac for not shipping with a detachable keyboard or a stylus.

That your Mac “lately ain’t fast enough” is “just a shame” after all those years.

The ad goes on to diss Macs—that is, the MacBook Airs—for their low-resolution screen. Watch the video for yourself and let us know what you think in comments.

I guess we should all sell our Macs right away and rush to buy ourselves one of the Surface Pro 4 devices because they come with an Intel inside and run the full Office suite and other desktop Windows apps. There’s another ad that criticizes the Mac’s lack of a detachable keyboard, a touchscreen and a stylus.

Now, the first Surface ad featuring that singer was quite amusing but the latest ones could have been done better and aren’t very funny, in my personal opinion.

Tell us how you feel about these new Surface ads down in the comments.