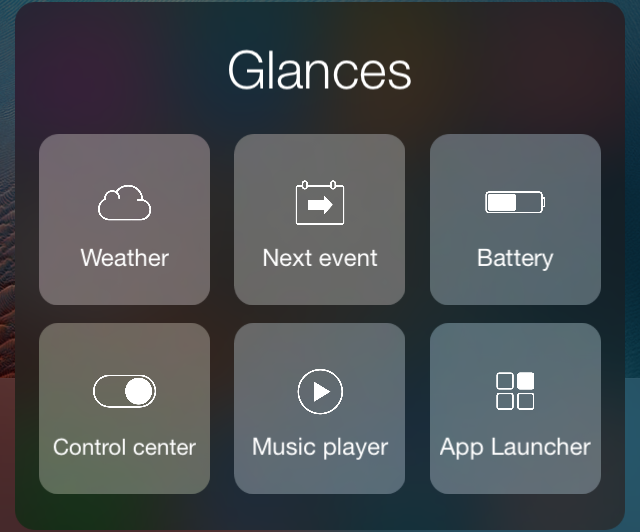 A new jailbreak tweak that hit the Cydia store recently and managed to grab my attention is a release called Glances.

To me, this look like an attempt to bring Apple Watch-inspired Glance-like information to the iPhone and iPad, and in this review, we’re going to show you how it works.

The reason I say it’s Apple Watch-inspired isn’t just because of its name, but it’s the concept. Glances is essentially similar to the Glance views that you’re probably used to seeing on your Apple Watch. Each Glance provides a little bit of information to you, and you can easily swipe between them.

Accessing Glances is done, by default, by swiping up from the bottom of the display. The interface replaces Control Center with what you see above, which includes some buttons that take you directly to specific shortcuts. Of course, you can also swipe left and right to navigate between the Glance pages.

Some of the examples of Glances are Weather, Calendar, and Battery, which are shown below: 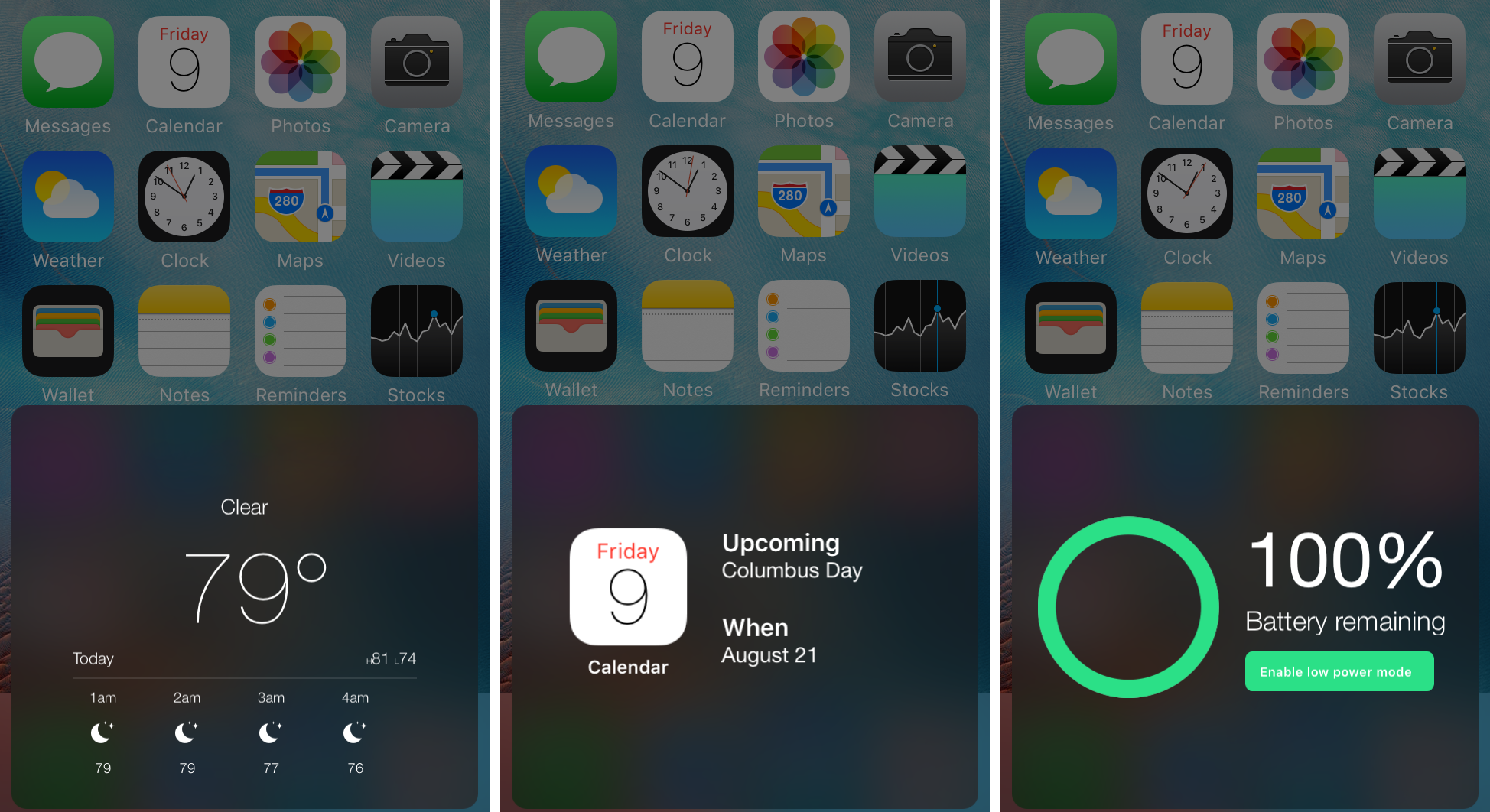 In the Weather Glance, your current location is used and information about the current conditions outside, as well as what the weather is going to look like throughout the day is displayed. For the Calendar Glance, you get to see the current date, as well as any upcoming events that you can look forward to. The Battery Glance, just like the Apple Watch, shows battery information, but also includes a convenient Low Power Mode toggle button.

More Glances included in the tweak are Control Center, Music, and the App Launcher: 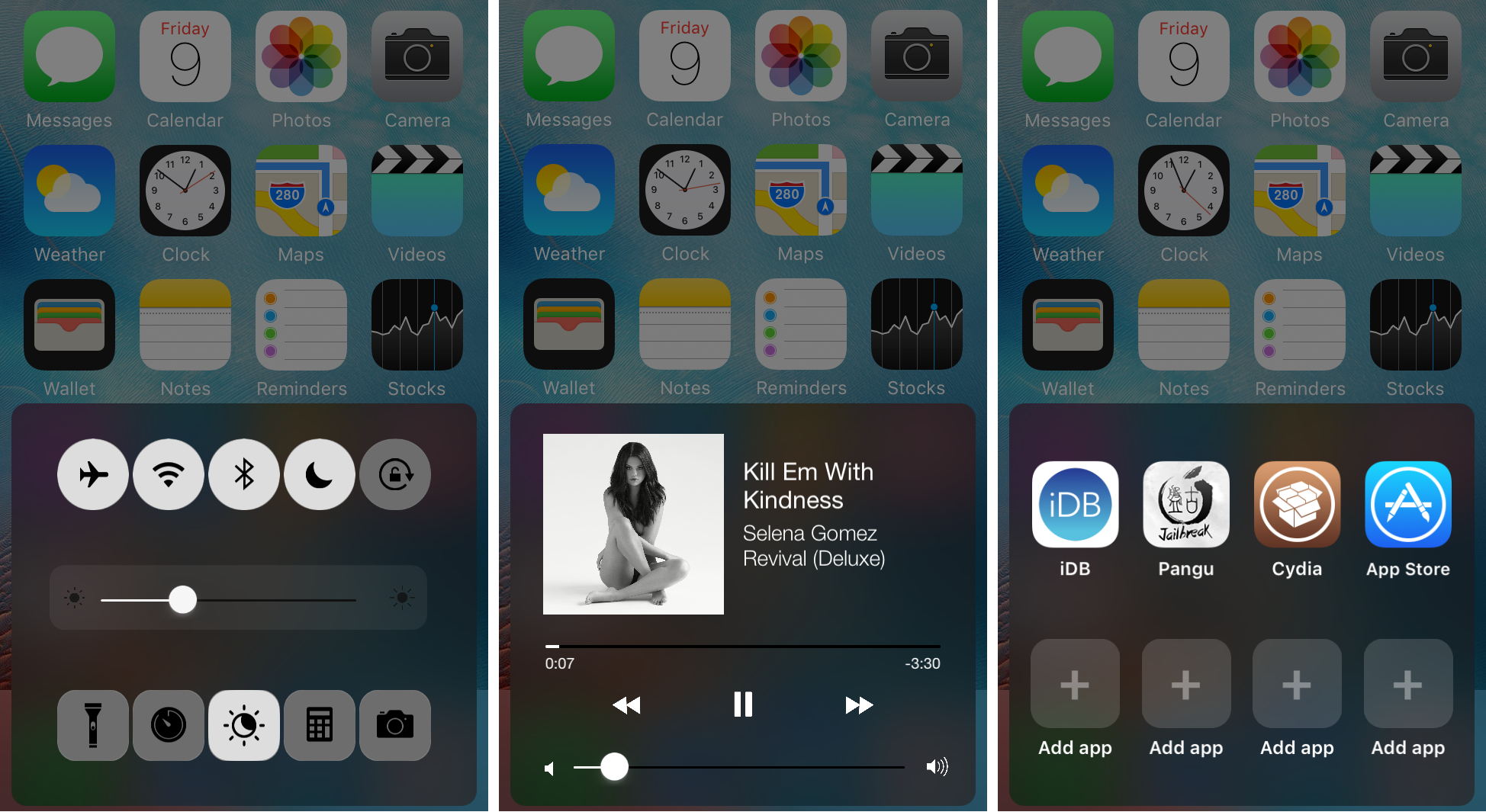 From the Control Center glance, you get everything you would expect to see in Control Center. The Music Glance shows information about your currently-playing media, as well as controls for it. And lastly, the App Launcher Glance gives you a customization page where you can add up to 8 shortcuts to your favorite apps to make accessing them easier from anywhere in iOS.

Overall, the fluidity of the tweak is impressive to me, and I like the features that it comes with out of the box. But what you see isn’t all you get. The tweak also adds a preferences pane to the Settings app where you can tailor it more to your personal preference: 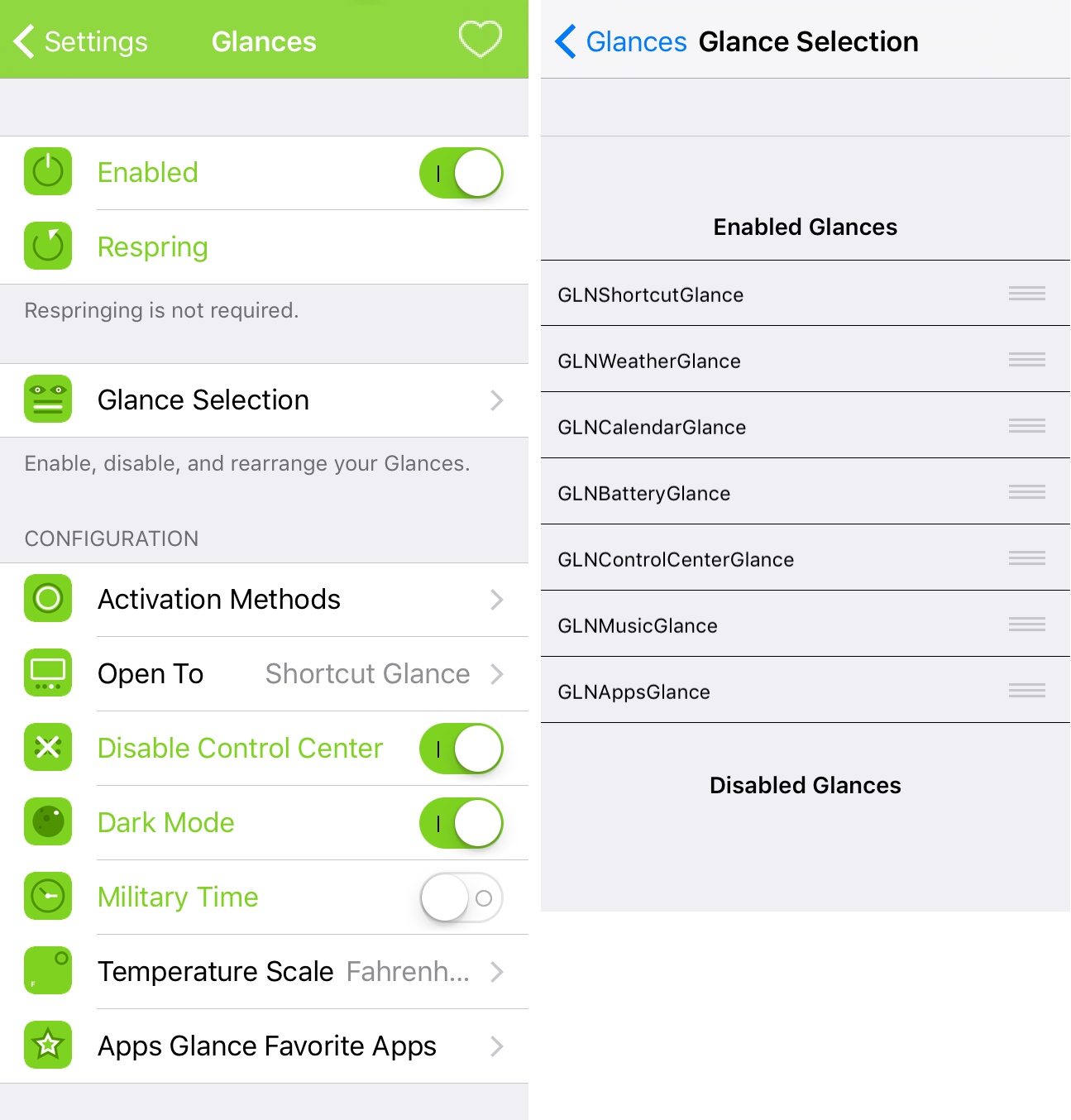 Here, you can enable or disable the tweak on demand, as well as choose what Glances are enabled, set up an Activator action for using Glances instead of the Control Center gesture, selecting the default Glance that opens when you launch the interface, setting up your favorite apps, and more.

At $2.99 in Cydia’s BigBoss repository, the tweak isn’t one of the cheaper releases we’ve seen this week, but I think it’s certainly worth the price, and I don’t say that often for jailbreak tweaks.

What appeals to me the most is the Apple Watch-like shortcut interface, which shows you intuitive information that you actually care about, but also the well-made design of the tweak, which look good enough to be Apple-made. Another thing that sells me on the tweak is I know this particular tweak developer works really hard to offer very good support for his customers, so knowing that, this will be a solid release.

For those who were wondering, Glances can be installed on any jailbroken iPhone, iPod touch, or iPad running iOS 8 or later.