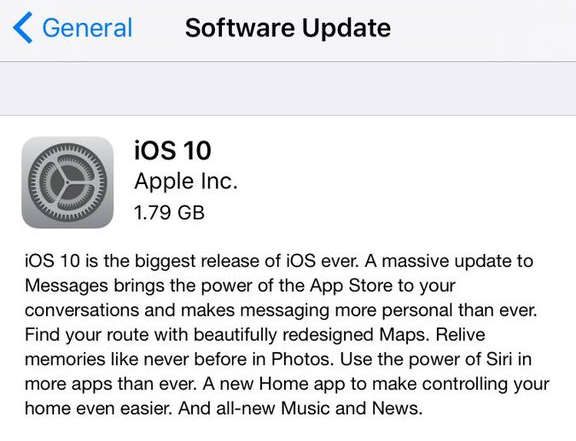 Apple has released the golden master of iOS 10 for iPhone, iPod touch, and iPad to public beta testers on Thursday.

The iOS 10 golden master is the version of iOS 10 that will most-closely resemble the final public release on September 13th. In many cases, where no last-minute bugs have been found, the golden master is often the exact same build.

It was originally released to developers yesterday, but now all public beta testers can download it on their iOS devices ahead of the official public release.

If you’re a public beta tester, then the update should appear for you under the Settings > General > Software Update section as an OTA download on your registered OS device(s).

iOS 10 runs on all of the following devices:

Are you installing the golden master ahead of the official public release? Share in the comments!