Game developer Niantic has launched an updated version of Pokémon GO for iOS and Android users on Monday that resolves a lot of bugs that were introduced in the previous update and improves the game in various aspects.

Of course, it wouldn’t be a Pokémon GO update without adding something tedious, as it would seem.

The Pokémon GO update brings the app up to version 1.3.0, and although the last update removed the Footsteps feature from the Nearby Pokémon UI, many players choose to continue playing the game, coping with the changes and trying their best to continue becoming top-notch Pokémon trainers.

For those who have been waiting for the Footsteps feature to come back, well don’t hold your breath, because it could take some time for it to return, if it ever does. Nevertheless, this update seems to make some improvements to the Nearby Pokémon interface.

Version 1.3.0 of the game seems to focus mostly on bug fixes, although the addition of some new features and removal of others shouldn’t be a surprise for anyone.

Probably the biggest bug fixes noted in this release’s change log are the improvements to Pokéball throws. You may have noticed after the last update that throwing curve balls and getting experience based on your ball-throwing techniques may have been borked, and the accuracy of the throw didn’t quite meet your demands.

In this update, Niantic says curve balls should be much more accurate and the proper amount of XP should be rewarded based on how you throw your ball, as long as your Pokémon catch is successful.

After playing the new update myself, I will say that it seems a lot snappier, but the ball-throwing experience is still pretty buggy when the Pokémon jumps, as sometimes the game hangs for a solid 5 seconds before loading a new ball to throw.

Niantic still seems to have some work to do on this part of the game.

Another big change to the game comes for those who are playing the game while driving, which you really aren’t supposed to do. In fact, in many regions, it’s actually illegal to text while driving, even if that means not actually texting, but just using your phone and driving in a distracted manner.

For the record, iDownloadBlog does not condone using your phone while driving, and you certainly shouldn’t play Pokémon GO while driving.

Niantic has added a new prompt in the game that will bug you every so often if you’re moving too quickly to be walking, and it forces you to confirm that you’re a passenger in the car.

It seems to come up randomly, but as long as you tap the button that says you’re a passenger, the game seems to play fine for a while before it appears again.

Some players who started the game may have chosen a nick-name for their player that they no longer want, or may have accidentally typoed when the game tried to accept your input.

Niantic has added a new feature that lets you change your Pokémon GO nickname from the game’s settings, but be warned that you can only do this once. If you change your nick-name in the way, you won’t be able to do it again.

Try not to make a typo this time… 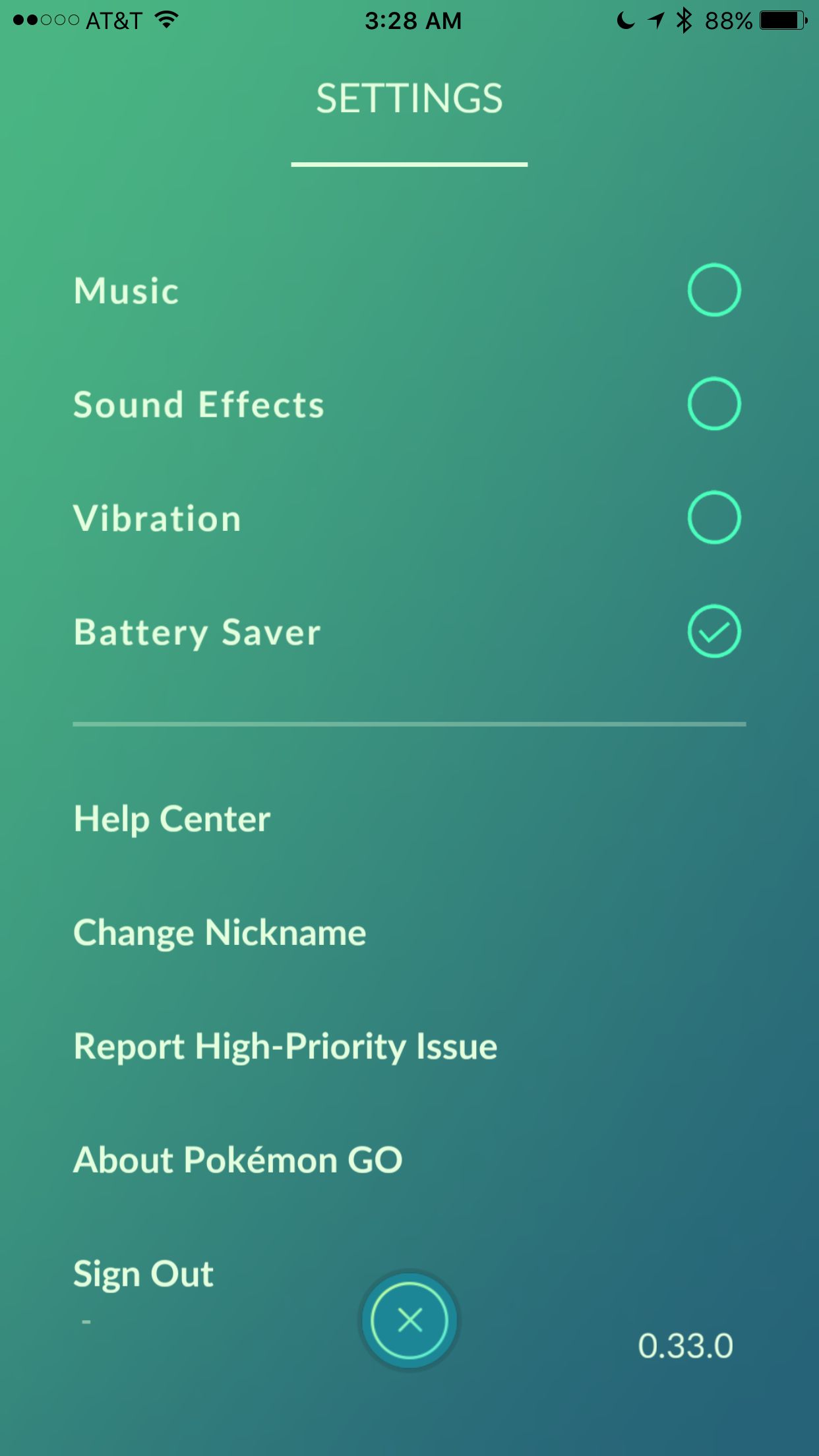 Battery saver is back

For those who have been whining about the battery life so much that you’ve gone out and bought yourself an external battery like the ever-so-useful BatteryBox Mini so you can play more, Niantic has brought back the battery saver mode that was removed in a previous update.

The feature can be accessed from the settings in the game, but I should warn you, the battery-saver mode doesn’t really seem to save much battery. In fact, this update might just be the most power-hungry update I’ve used yet (but that’s just my opinion).

Tweaks to ‘Nearby Pokémon’

Definitely on the burner right now is Niantic’s decision to remove the Footsteps feature, which apparently didn’t meet the company’s expectations. They say they’re working hard to find a way to re-implement it in a better way, but we’re pretty confident that it’s not going to happen any time soon.

Nevertheless, version 1.3.0 of the app appears to be rolling out some UI changes for the Nearby Pokémon pop-up for some players. Niantic says that not everyone will see the changes, as they’re experimental at this time.

So far, we’ve seen that the Nearby Pokémon radar is much more accurate after this update. 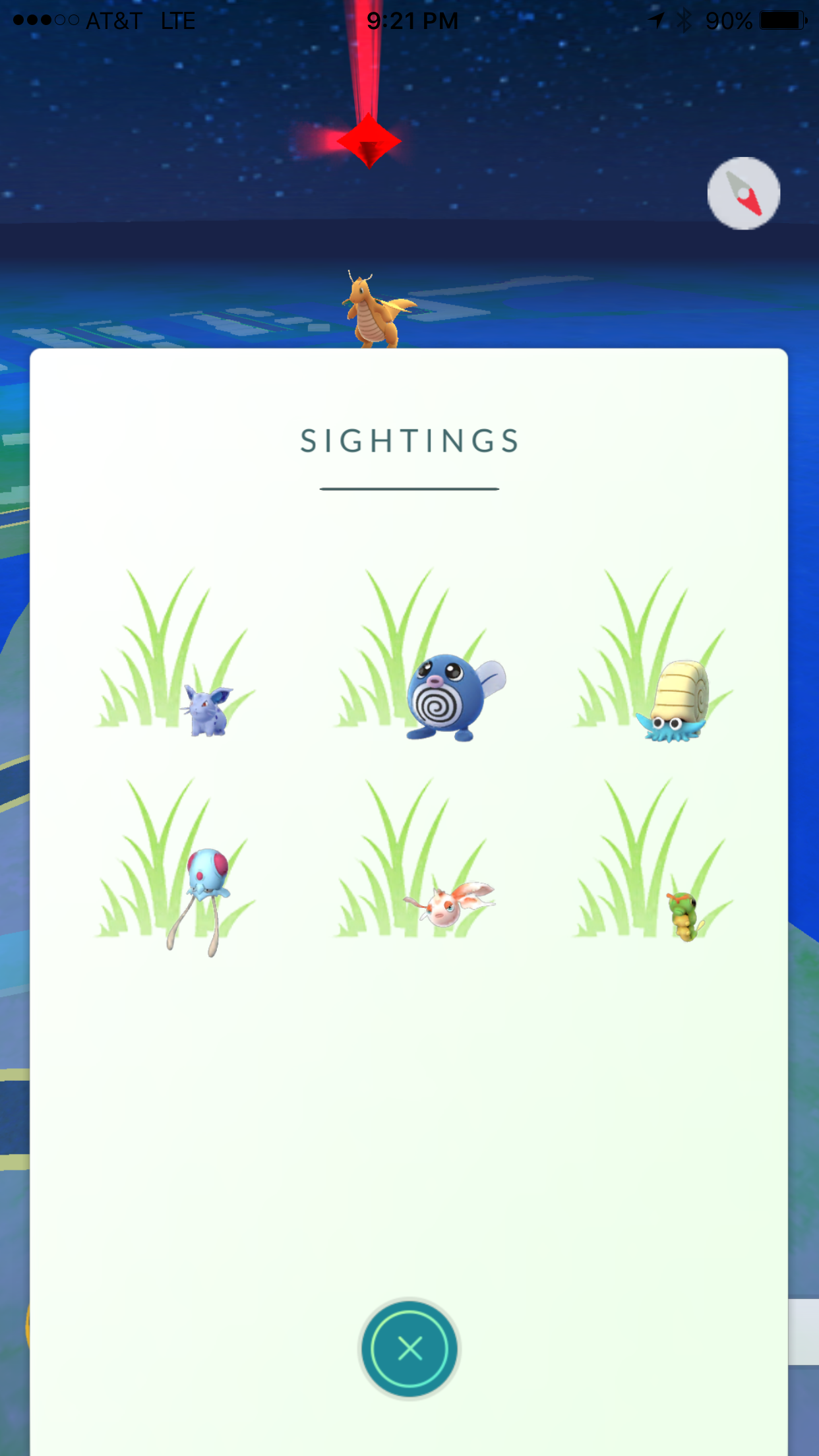 The only two things we’ve noticed to be new so far are that blades of grass appear next to the Pokémon, and instead of being called “Nearby,” the menu is now called “Sightings.” We’ll keep you updated if we see anything else new.

Apart from the larger changes outlined above, the update also includes some other little fixes and improvements that make the game better. Those include:

Version 1.3.0 of Pokémon GO is recommended for all players, and for the most part, it doesn’t really seem to break anything.

If you’re already playing Pokémon GO, you can just head over to the Updates tab in the App Store to find the update waiting for you. If not, you can download the latest version of Pokémon GO to play for iOS from the App Store for free.

What do you think about the changes in version 1.3.0? Share in the comments below!