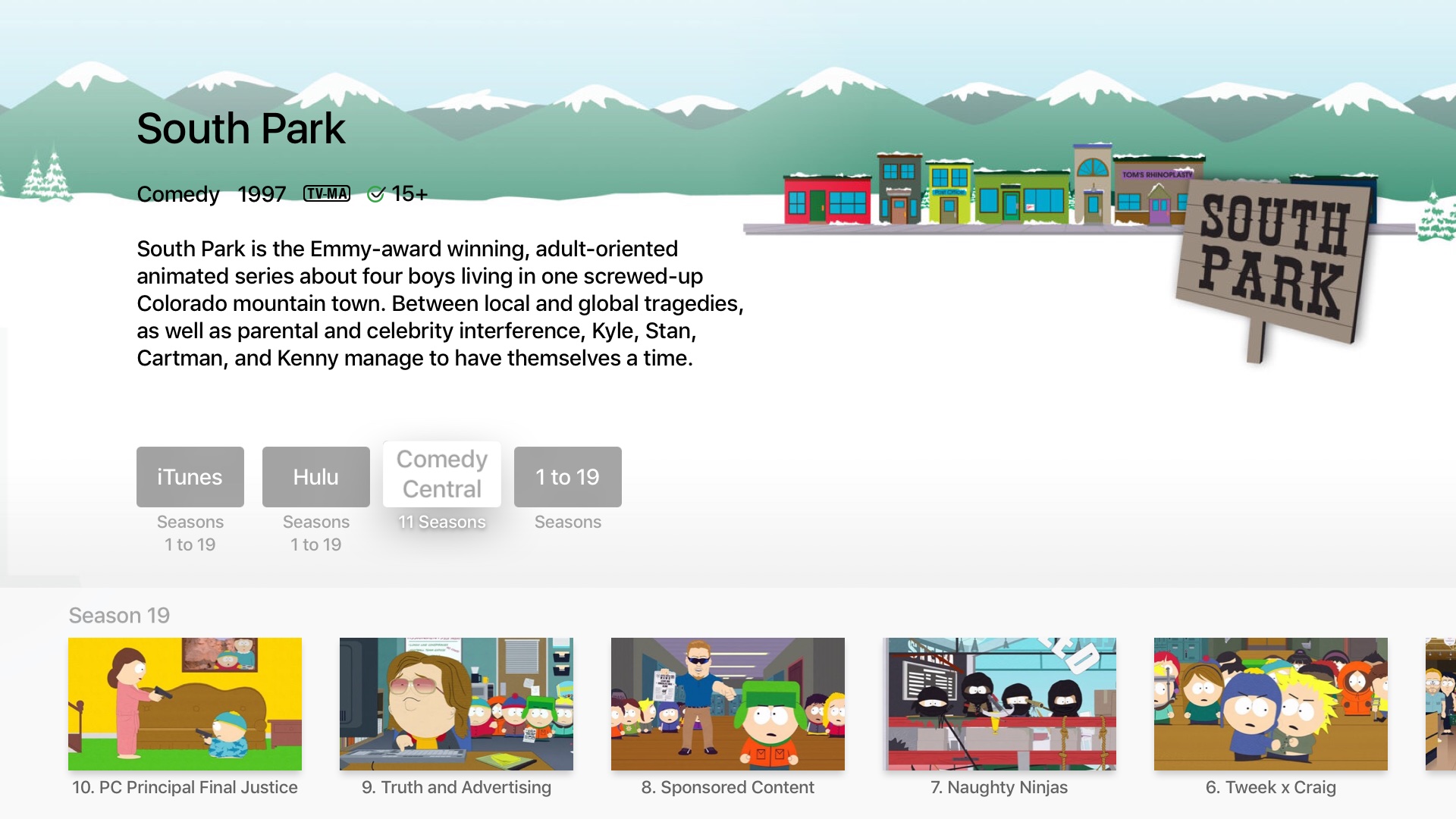 Universal Search feature on the fourth-generation Apple TV has been refreshed yesterday with expanded support for searching content provided by tvOS video apps from Viacom-owned Comedy Central and music networks MTV and VH1. Provided these apps are installed on your set-top box, you can either use the Search app on the device or press the Siri button on the remote and use your voice to find shows like South Park and others.

After running the query, the Apple TV will present you with related options that let you start watching content within the respective apps. 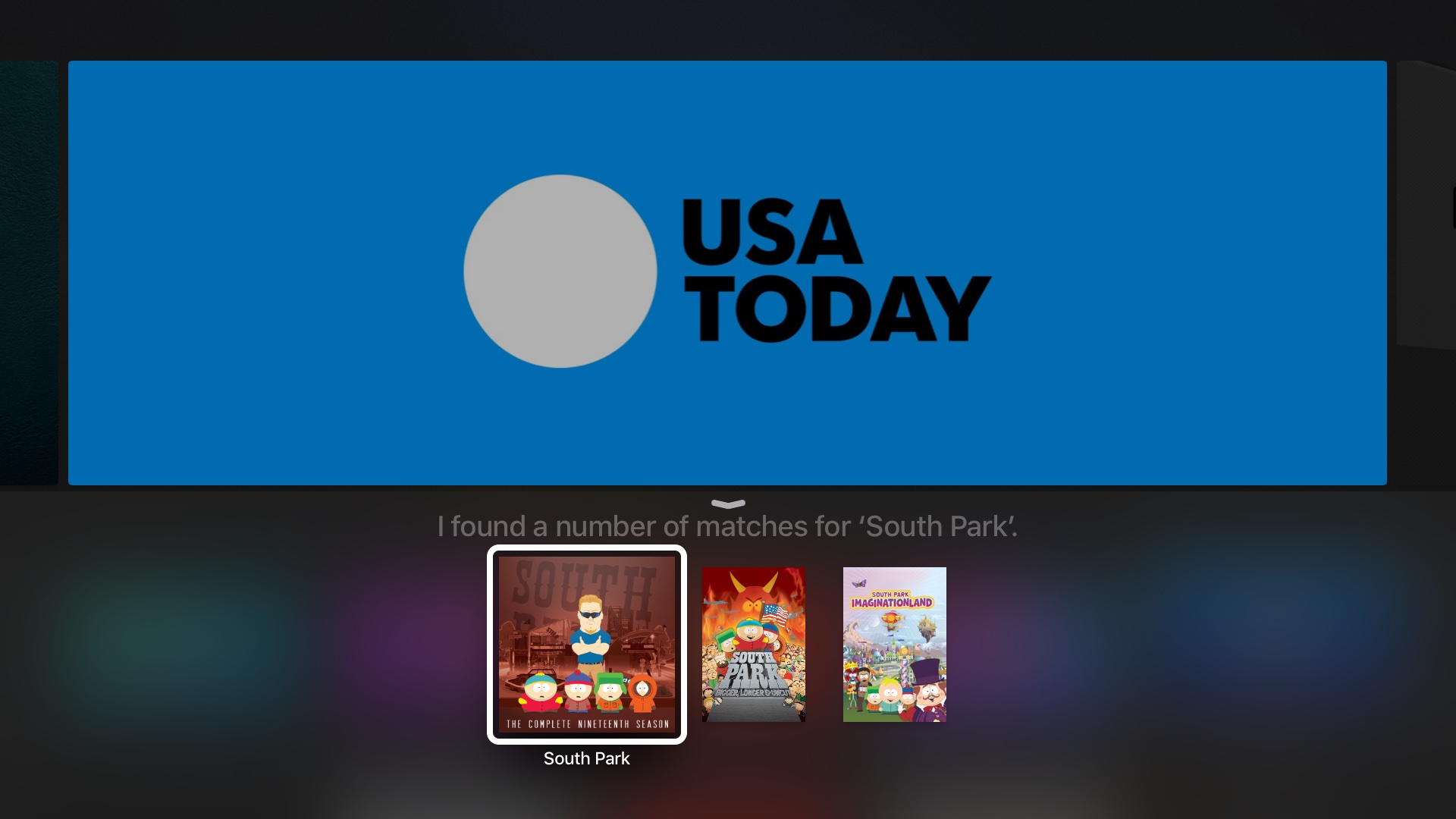 Counting today’s expansion, the following content providers are now supported by the Universal Search feature on tvOS with the fourth-generation Apple TV:

tvOS includes support for searching YouTube with Siri, but for some reason this feature is not supported on the Apple TV’s stock Search app.

Check out our preview of 4 new Siri features coming to tvOS 10.

The list of current universal search providers is available in Apple’s support document.