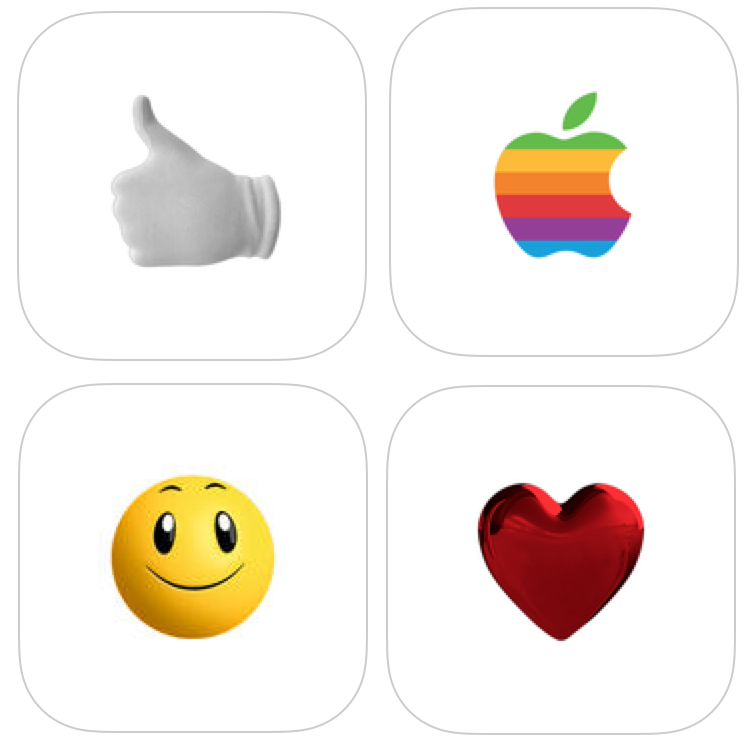 Apple on Friday released four sets of sticker packs for iOS 10 that can be downloaded from the App Store and used in the new Messages app that Apple demonstrated at the WWDC 2016 keynote.

Each of the packs are free to download and include animated stickers that behave much like those in Facebook Messenger do when they’re sent to the recipient.

As of right now, the only people who can download the stickers and use them are those on the beta release channel of iOS 10. Soon enough, a public beta will launch for those enrolled in the Public Beta Program and those users will have access to these sticker packs as well.

The four sticker packs that are available in the App Store are Classic Mac, Hands, Hearts, and Smileys, although the Classic Mac stickers are already present in a stock installation of iOS 10 and aren’t necessary to install unless you’ve removed them already. 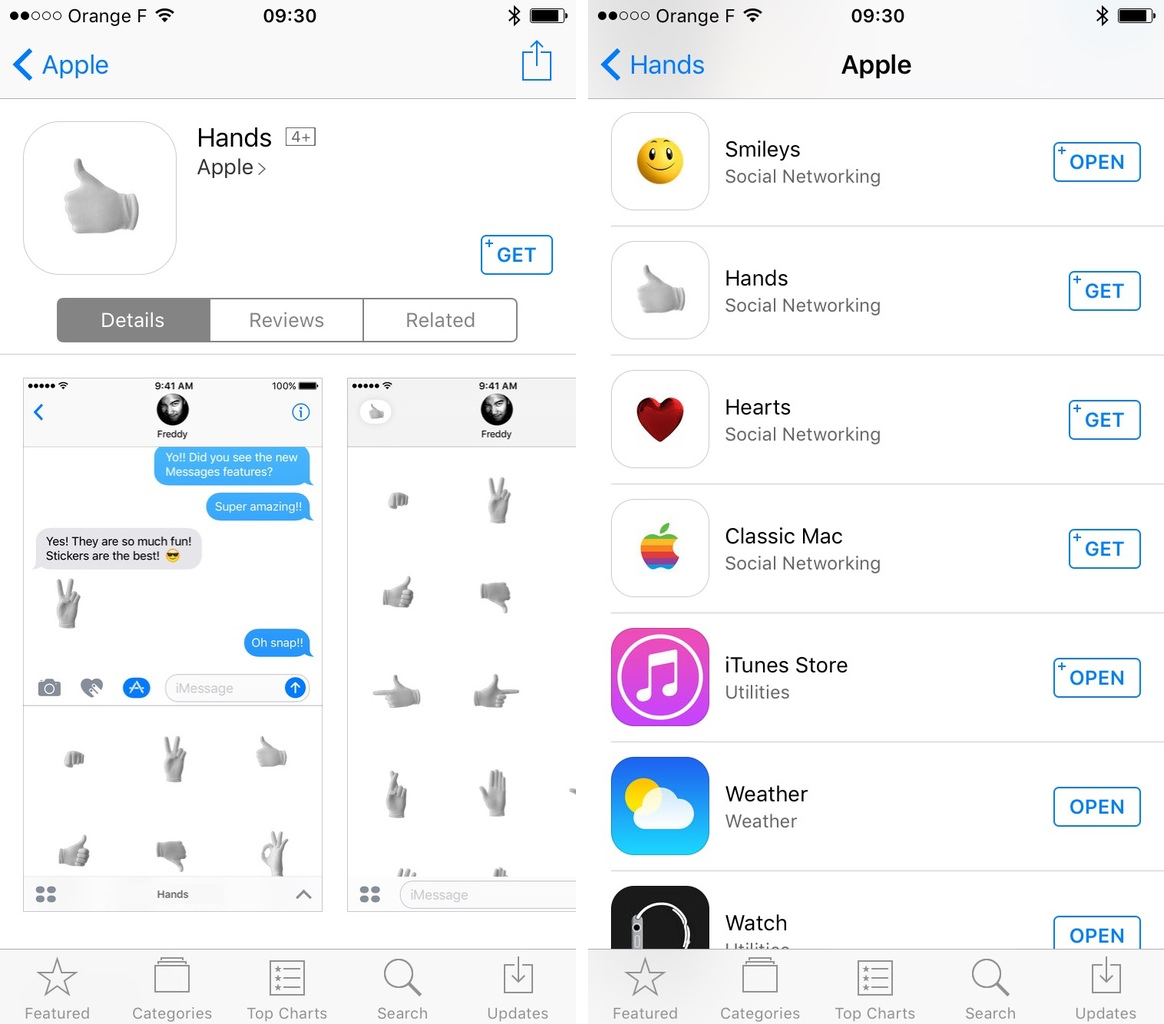 Many of those included in some of the new sticker packages look like the Emojis that can be used in watchOS, but as we know, iOS 10 will be bringing a lot of sticker packs to the table as Apple won’t be the only ones making them all thanks to the new Messages app APIs.

The ability to download your own third-party sticker packs for the Messages app is a one-up for Apple’s iMessage platform and gives iPhone and iPad users a new dimension of communication with one another. Also worth noting is these stickers can also be used on the upcoming macOS Sierra operating system for Macs.

After the sticker pack is installed from the App Store, no new app icons are added to the Home screen, instead, you can access the stickers immediately from the keyboard’s sticker interface in the Messages app. 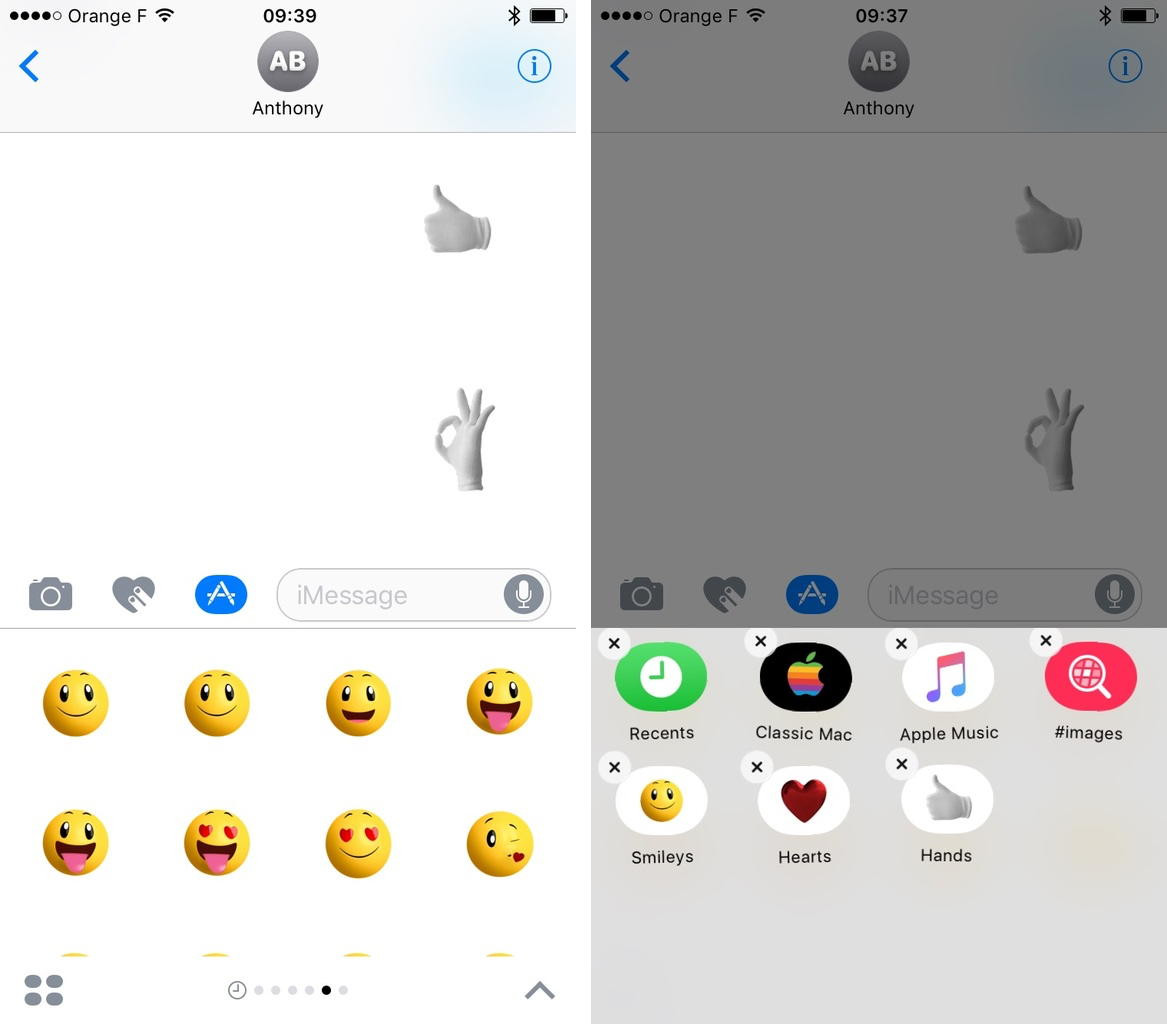 Sticker packs that are no longer wanted are also deleted from the app directly, just like any other add-ons that you may have installed to compliment the new iOS 10 Messages app. Since we’re so early into the beta stages of iOS 10, this is apt to change ahead of the public release.

We did some internal testing for ourselves and it would seem that the stickers can only be seen on iOS 10 devices at this point in time. If you send one to someone running iOS 9 or earlier, they’re not going to be able to see any of them. They won’t even see a notification if you try, so that’s something you’ll want to keep in mind for sure. Apple could always change this later on as more betas roll out for testing.

Right now, the stickers aren’t exactly fluid because we’re in the first iOS 10 beta. We expect that things will get much snappier after the initial bugs are hammered out and Apple gets a chance to iron out the performance ahead of this Fall’s public iOS 10 release.

Are you excited to start messaging your friends and family with not only some new Emojis and stickers, but also with the fun new iMessage animations that iOS 10 has to bring? Share in the comments below about why or why not!