Many of you probably already heard the news that Unicode 9.0 became official this week and that there were going to be 72 new emojis coming soon.

Although Apple is likely to add support for these new emojis in iOS 10 in a future beta or release update, they’re not yet available in iOS whatsoever, but in this tutorial, we’ll show you how you can still use them without a jailbreak on a completely stock device.

Getting the new Emojis on iOS

It doesn’t matter whether you’re on iOS 9 or even if you’re in the latest iOS 10 beta. Apple hasn’t added support for the new Emojis that are a part of Unicode 9.0 just yet. With that being said, anyone can benefit from adding these new emojis manually.

If you want to get them, you could certainly wait until Apple is good and ready to implement them, or you could follow these steps to get them right now:

1) Launch Safari on your iOS device and visit the following link to load the website with all the new emojis: 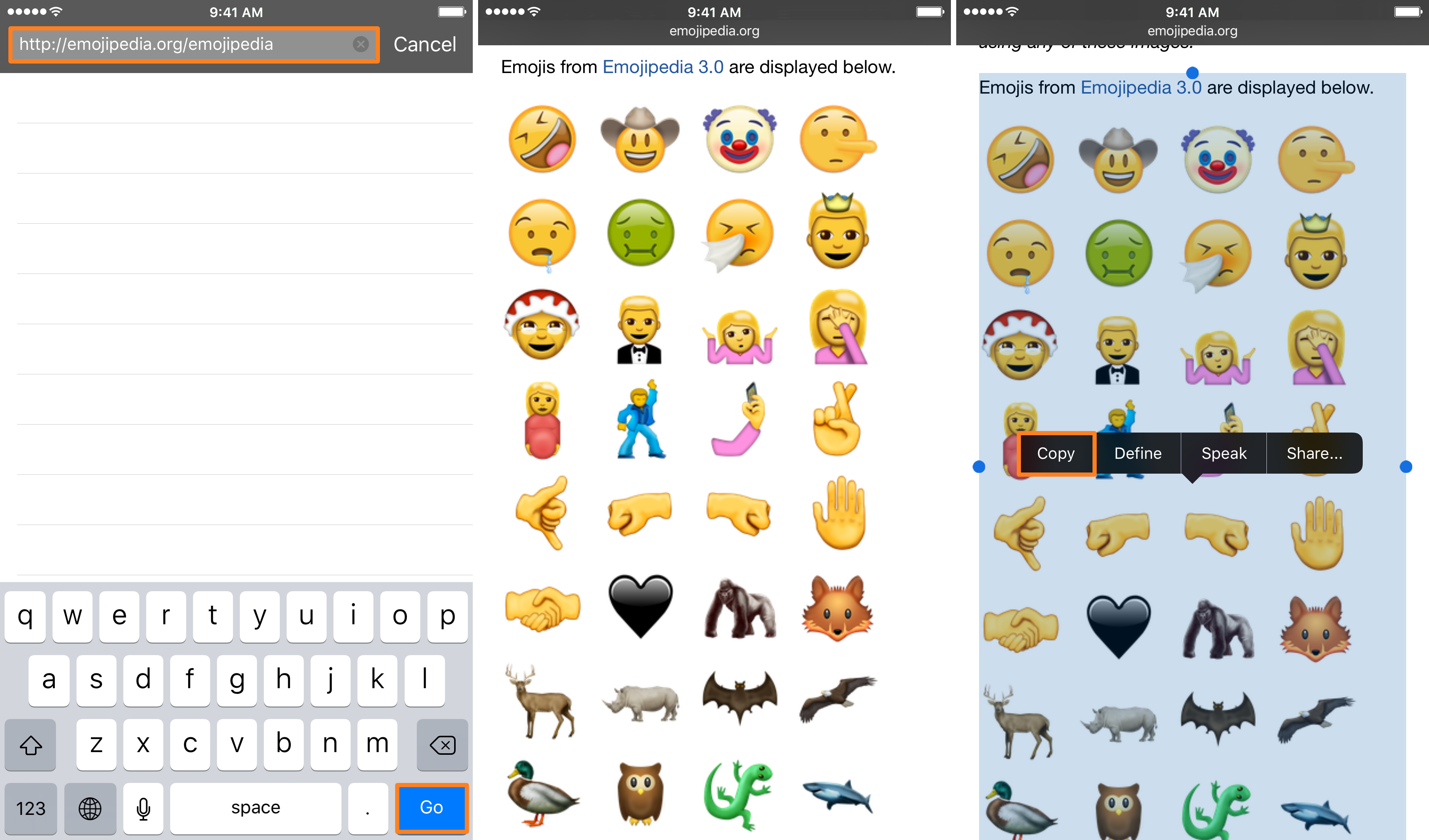 2) Scroll down until you see the line starting with the word “emojis” just above the actual emoji images.

3) Highlight all of the Emojis by tapping and holding on the word “emojis” and then dragging the selector all the way down, then tap on the Copy button.

4) Next, you’ll open the Notes app on your iOS device and you’ll create a new note. 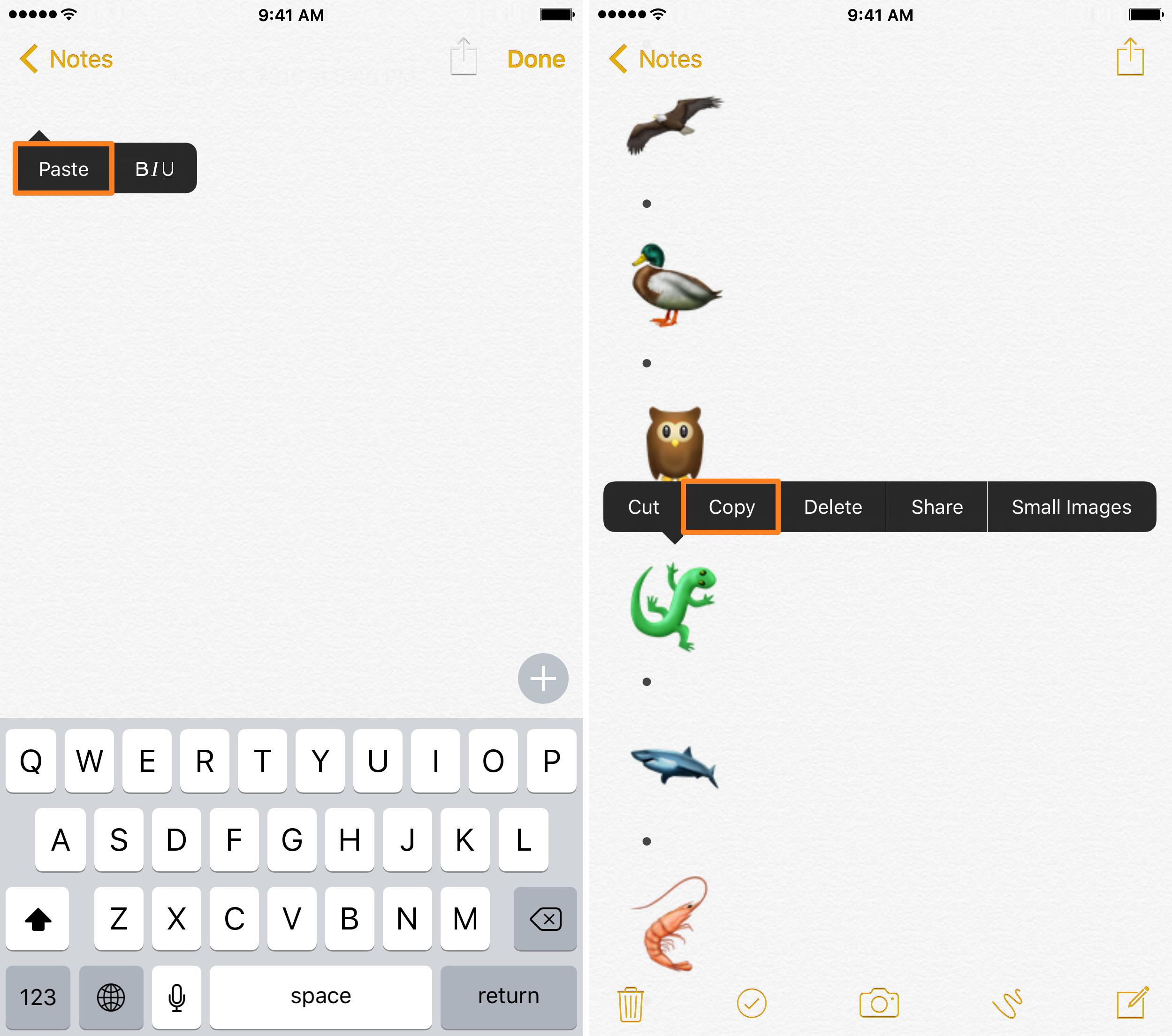 5) Paste everything into the new note.

6) Now to test it out, tap and hold on one of the emojis you see and then tap on the Copy button.

7) Go ahead and start a new conversation with someone in the Messages app and Paste the emoji into the text field of the app. 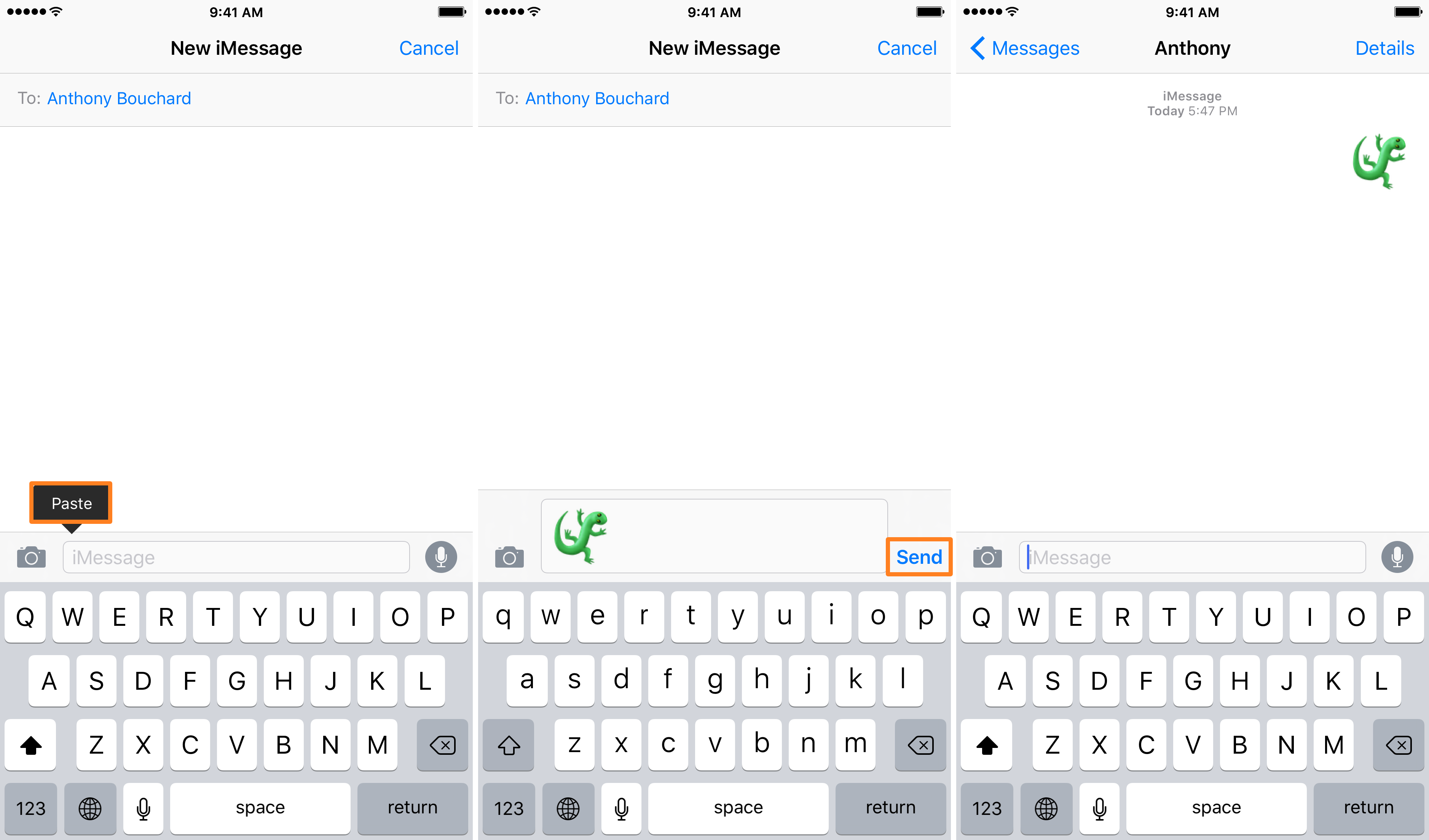 8) Tap the Send button and the emoji should send to that person.

They will be able to see it no matter what version of iOS they’re running because it was sent as a tiny image file. Both iMessage and SMS are compatible with sending images so long as your phone and carrier support it.

You may not be adding a slew of new emojis to iOS’ built-in Emoji keyboard itself, but with this method, you can at least still enjoy sending the new emojis to people before Apple actually implements it.

They can be shared across a variety of platforms, including Facebook Messenger and other messaging platforms that support sending image files.

Are you excited to see if Apple adopts the new emojis in a future version of iOS 10? Share in the comments!