iOS 10, which was unveiled at Apple’s WWDC 2016 Keynote on Monday, will provide users with the most in-depth Siri experience of any iOS release in history.

Apple is officially opening Siri up with an API that will let developers tap into Siri for their App Store apps.

You asked for it, you got it!

For the longest time, Siri has been limited to what Apple wanted to allow it to do, but now, users will get a very flexible voice platform that can be extended as far as a developer’s mind can take it.

With a powerful new API dubbed SiriKit, developers can now integrate features of their app with Siri in the upcoming iOS 10 release, allowing users to make queries related to third-party apps.

Provided in a Keynote example, Apple’s Craig Federighi showed to the audience how Siri in iOS 10 could be used to send a WeChat message. WeChat obviously won’t be the only app to jump on board with third-party Siri support, but its popularity is worth mentioning.

Apple’s website also shows off what appears to be integration with Lyft, an app that lets you hitch a ride, and details a future where you could send money to someone through the third-party Square payment app. 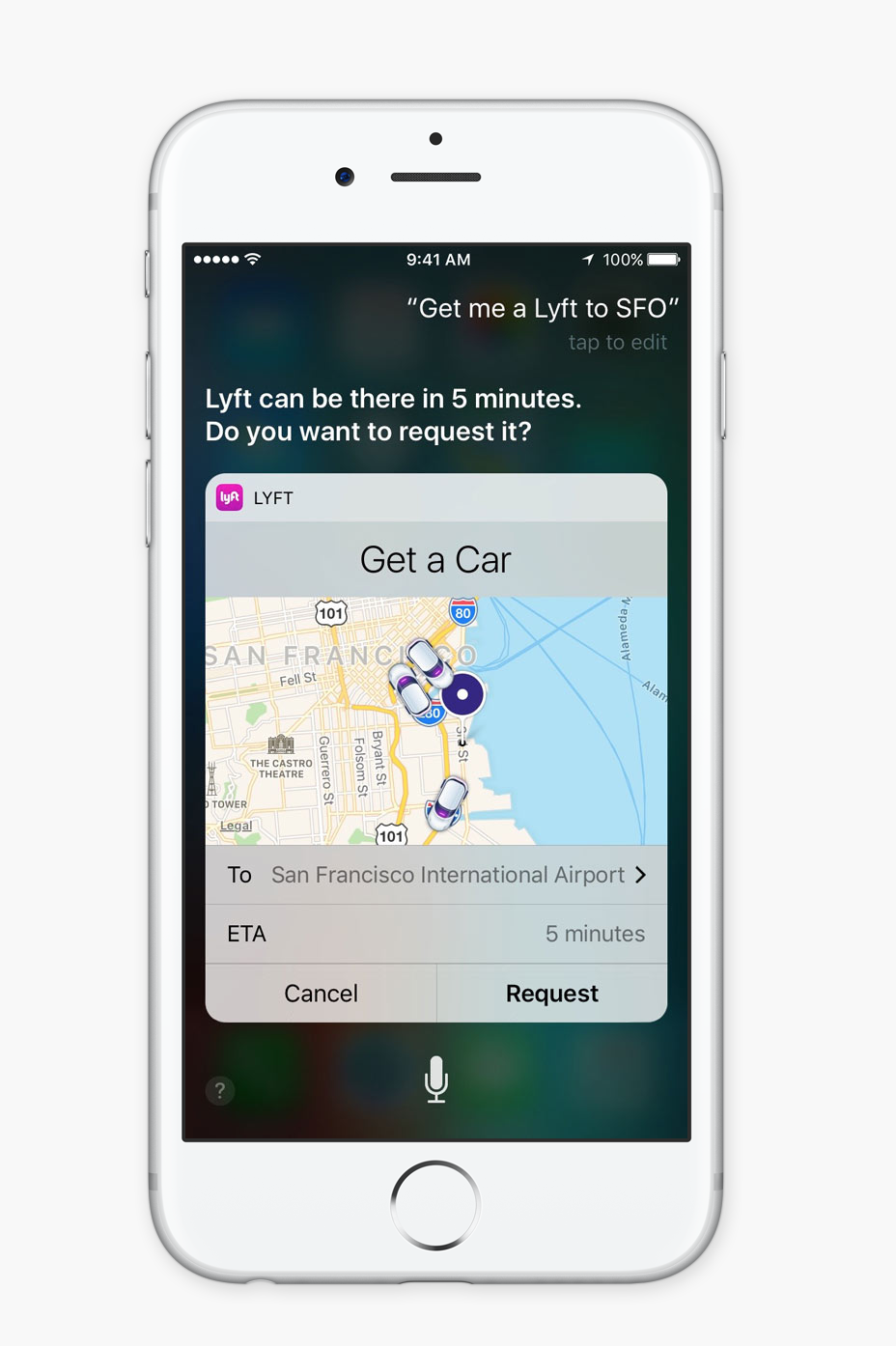 With these new SiriKit APIs, Apple will no longer have to use engineer manpower to build third-party services like Shazam, Wolfram Alpha, and Yelp into Siri, and they can let third-party developers tap into the platform themselves.

The move opens an infinite number of doors, but there will of course be rules and regulations that will limit app developers to what they can and cannot do.

With a more flexible platform, users may actually find Siri to be more useful; especially those that like using third-party apps over Apple’s built-in software.

What apps are you excited to use Siri with when iOS 10 launches this Fall? Share in the comments below!