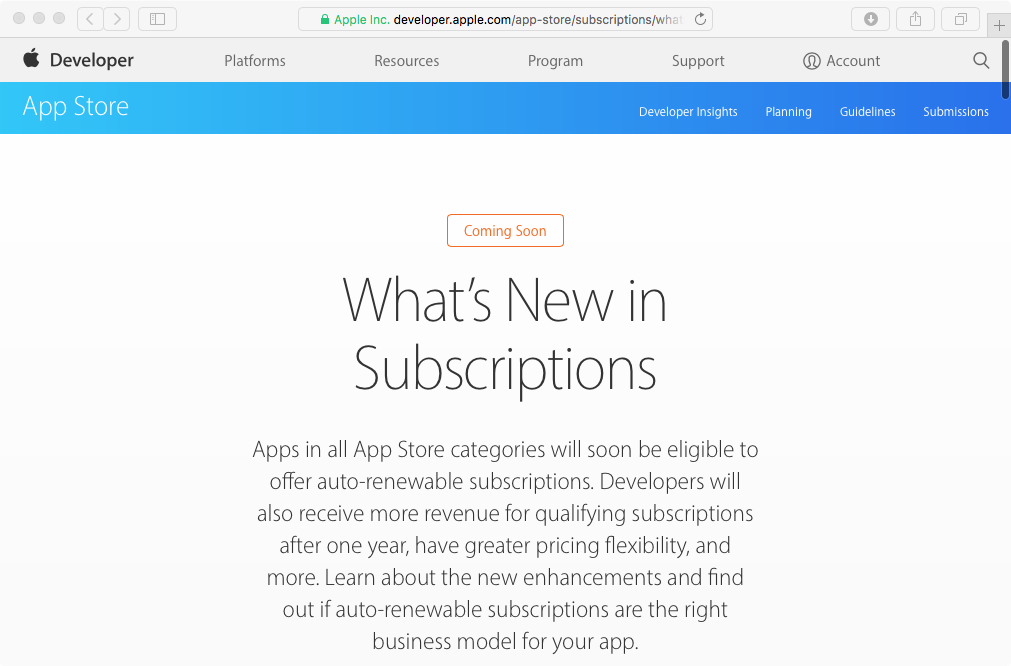 There has been a lot of confusion following Apple’s App Store shakeup concerning subscription apps.

We’ve confirmed with Apple that Schiller’s expansive vision is an accurate one: any developer can submit an app that relies entirely on a subscription to perform a task.

It can be effectively a login screen, like with Netflix and Hulu, rather than conform to the broader policy Apple has enforced on most apps that weren’t periodicals and streaming media libraries to date.

If you take a look at the “What’s New in Subscriptions” webpage, you’ll see Apple stating that although all app categories are now eligible for subscriptions, the experience “must provide ongoing value worth the recurring payment for an auto-renewable subscription to make sense.”

We’ll surely learn a lot more about new subscription terms next week at Apple’s Worldwide Developers Conference, which kicks off with a keynote on Monday.

Should subscriptions apps be required to offer some free functionality or should this be determined on a case-by-case basis?