I’m positive that this stat does not apply to me, but most smartphone users in the United States downloaded zero apps in a typical month, as per comScore’s August 2014 mobile app report.

This is something that indie devs have had to live with for more than two years now and it remains to be seen if Apple’s new App Store subscription terms will help solve this worrying problem.

Last month’s research from Nomura, which relies on data from app tracker SensorTower, painted a gloomy picture for big name developers, too, as the top 15 app publishers saw downloads drop an average of 20 percent in the United States.

So, is the app boom really over or is this just a temporary blip?

Gold rush is over

But now even the very biggest app publishers are seeing their growth slow down or stop altogether. Most people have all the apps they want and/or need. They’re not looking for new ones. 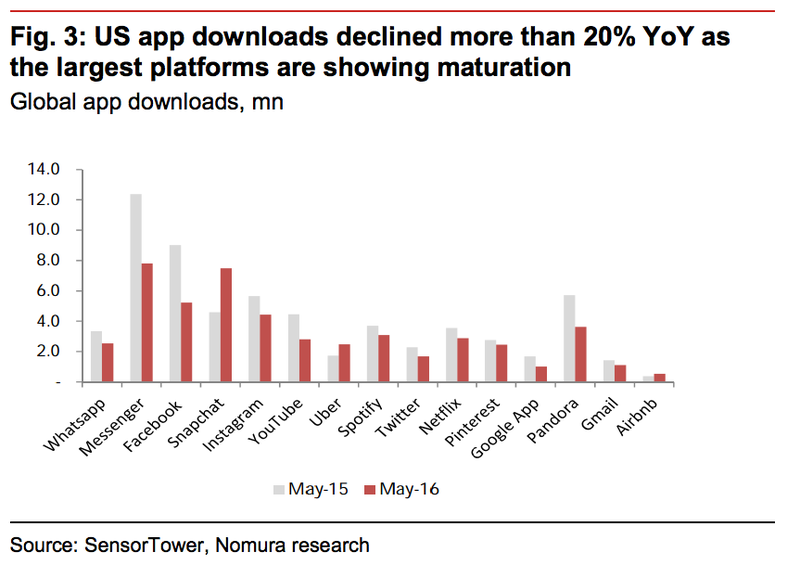 Globally, app downloads are growing but not by much due to decelerating smartphone sales growth, with the top 15 apps growing by just three percent in May 2016. 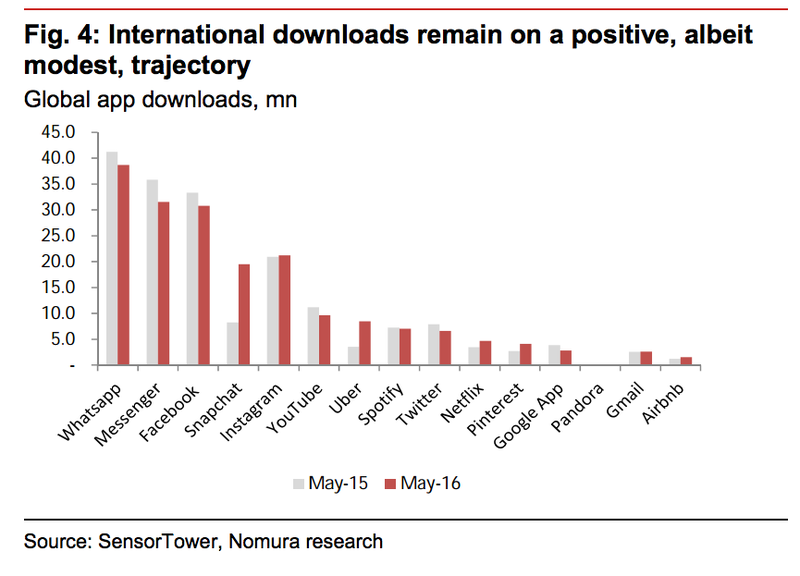 “So you can still break through the saturated app market, if you are very very very lucky, and good. But the odds are stacked against you,” Kafka opines.

Could it be that Apple, faced with evidence of app fatigue, has decided to shake up the App Store with the introduction of search ads and subscriptions for all apps?

We certainly don’t need yet another flashlight app or a news-reader app or a mobile photography app given that the App Store is already packed to the gills with these.

As mentioned, independent developers have known about the decline in app downloads for quite a while, based on this comScore chart from August 2014. 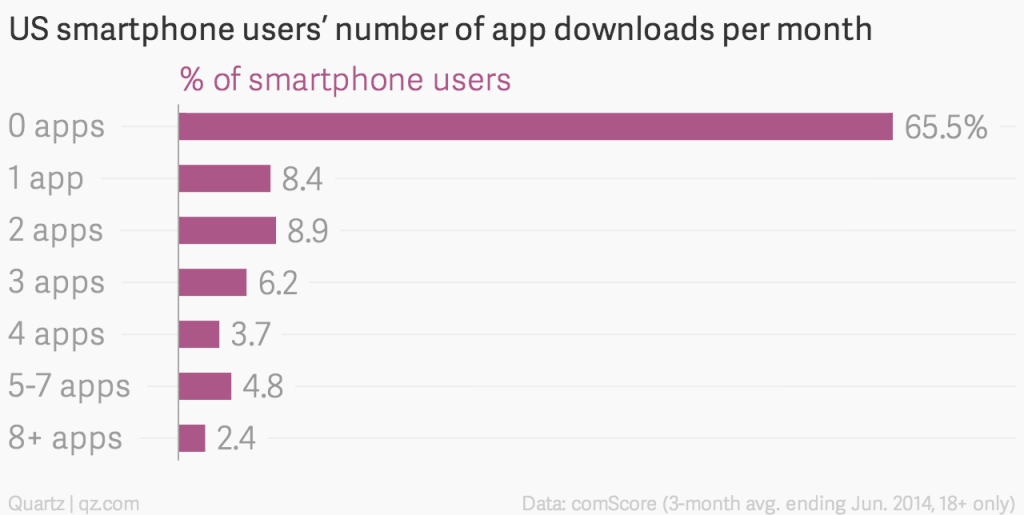 The saturation issue makes it harder for not just independent developers, but major ones as well to continue investing big money into mobile apps. A typical mobile user these days has a couple dozen apps that cover their interests and that’s it.

More worryingly, as evidenced by an influx of freemium-based apps and games on the App Store over the past few years, fewer and fewer people nowadays want to pay upfront for apps.

Are you suffering from what the market is calling “app fatigue”?