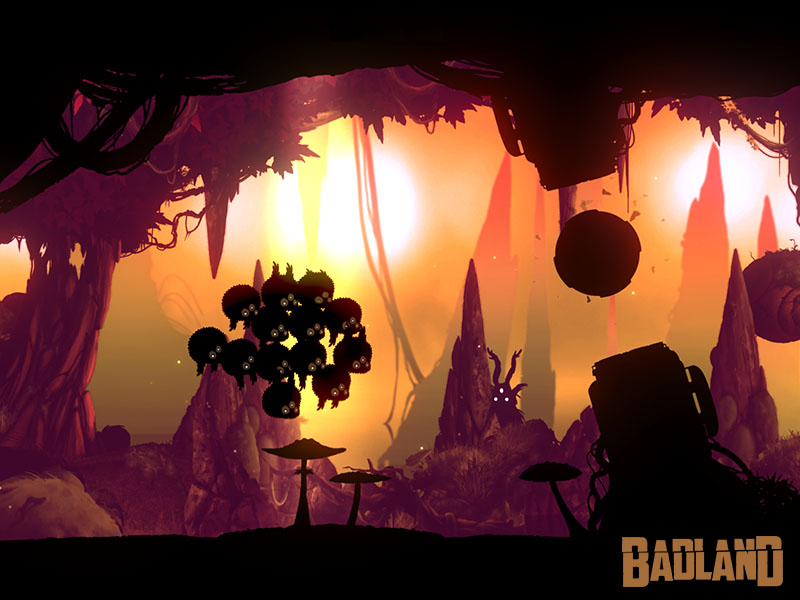 The original Badland game is still one of my favorite atmospheric puzzlers on any platform. Although it’s two years old now, there’s nothing quite like it on the App Store. That’s because its creator, Helsinki, Finland-based Frogmind Games, has made a smart move of building a level editor into the game.

As a result, you get more levels to play than you could bargain for. But, with 2000+ levels created each week, small wonder people are having a hard time finding ones worthy their time. Frogmen has thought of that: in its latest “Eternal Day” update, the game brings out a curated selection of the best 40 levels out of 70,000+.

“They feature creativity, playfulness and thinking outside the box to create something new and interesting within the Badland mechanics,” developers wrote.

In addition to the crazy levels from Eternal Day, this Badland update includes a fix for the Linker not working properly with Clony in the level editor, a fix for some impossible missions in Coop and a bunch of smaller fixes.

“The update celebrates all of you who have made great levels to Badland Level World and especially those who have gone to great lengths to introduce something ambitious, new, unique and fun that made it all the way into the best of the best,” said Frogmind.

This Badland update is free for those who own the game.