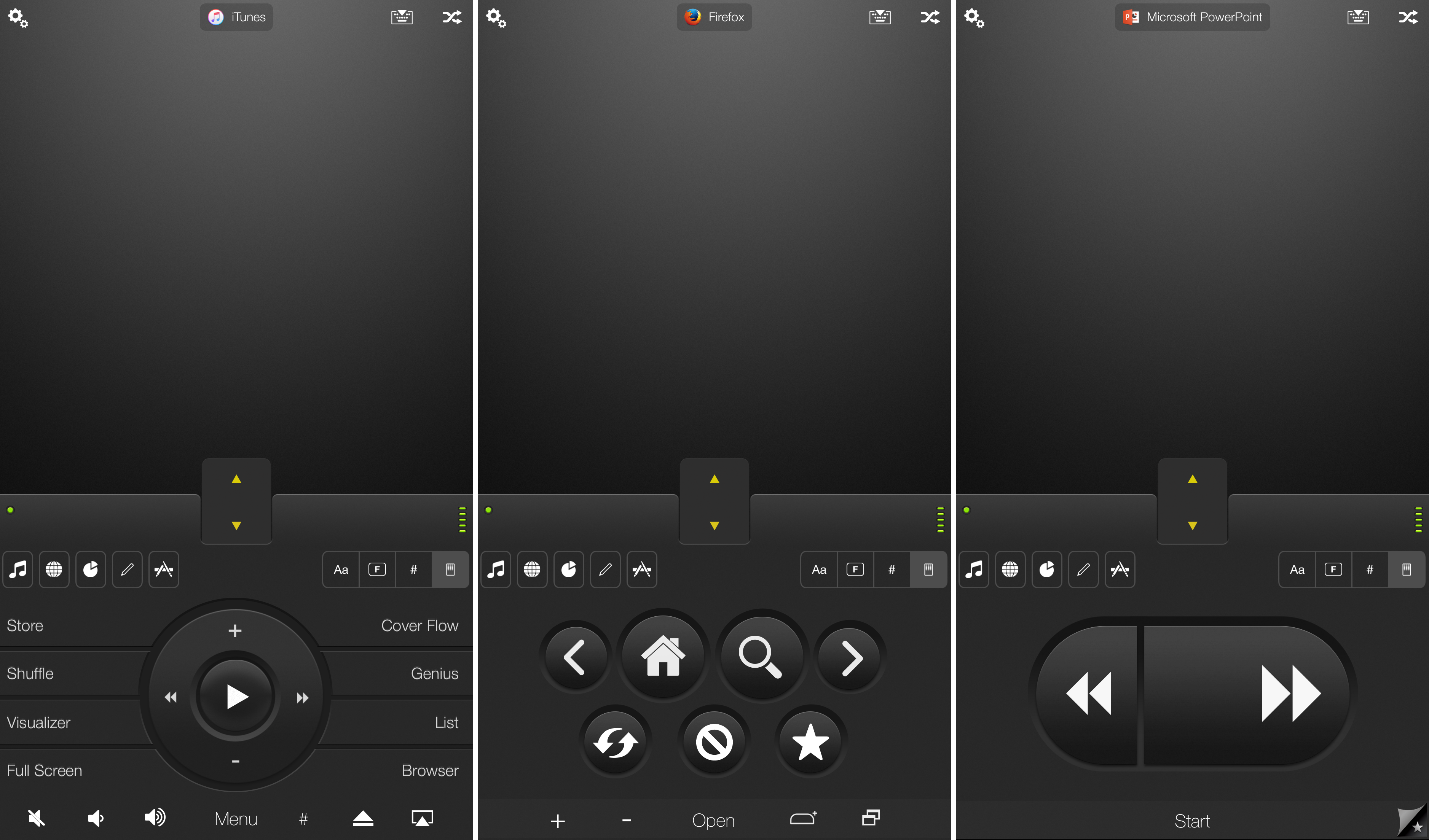 You’re probably familiar with Apple’s Remote app for iOS devices, which allows you to control your iTunes playback on your Mac from your iPhone, iPod touch, or iPad so long as you’re on the same network.

On the other hand, when I think of the word “remote,” I think of much more than just controlling music.

It would seem that the makers of the popular Mobile Mouse Remote app for iOS thought the same, and in this piece, we’ll talk about how the app works to make your iOS device a superior remote for your Mac.

Using your iOS device as a remote for your Mac

As we demonstrated not long ago, the Mobile Mouse Remote app works great as a mouse or trackpad for controlling your Mac or PC wirelessly, but it also includes functionality as a remote control and can dynamically change its features based on the app you’re using on your Mac.

The app that you install on your Mac runs in the background, and signals to your iOS device over Wi-Fi (if they’re on the same Wi-Fi network) what app you’re using. Of course, if you purchased the iOS app’s in-app purchase, then you also have access to over communication methods, such as Bluetooth, Peer-to-Peer, and USB.

The remote functionality works for a variety of different app types, such as web browsers, music players, and presentation apps. We’ll talk about all of these in this post and show you the dynamic UI for each.

Because it seems like the most common choice for using your iOS device as a remote for your computer in the first place, we’ll start with the feature of the app that competes directly with Apple’s own Remote app – music players.

We tested it with iTunes and Apple Music, but it’ll work with other media sources too, such as Spotify. 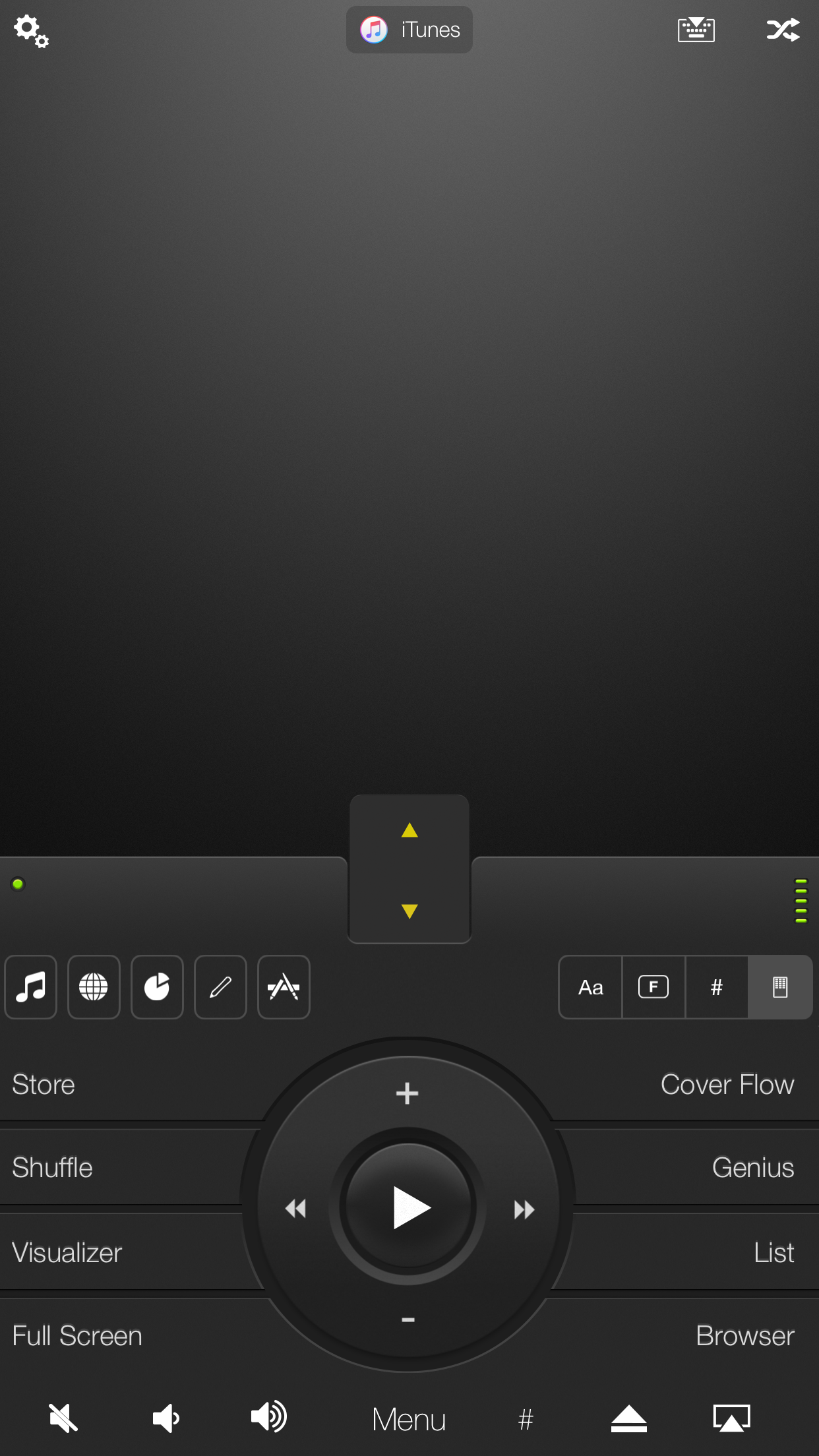 Among the various kinds of buttons and controls you’ll find here are:

Another part of the app’s remote functionality has to do with web browsers. We used Firefox for our example, but you can also use the app with Safari, Chrome, or another of your favorite supported web browsers. 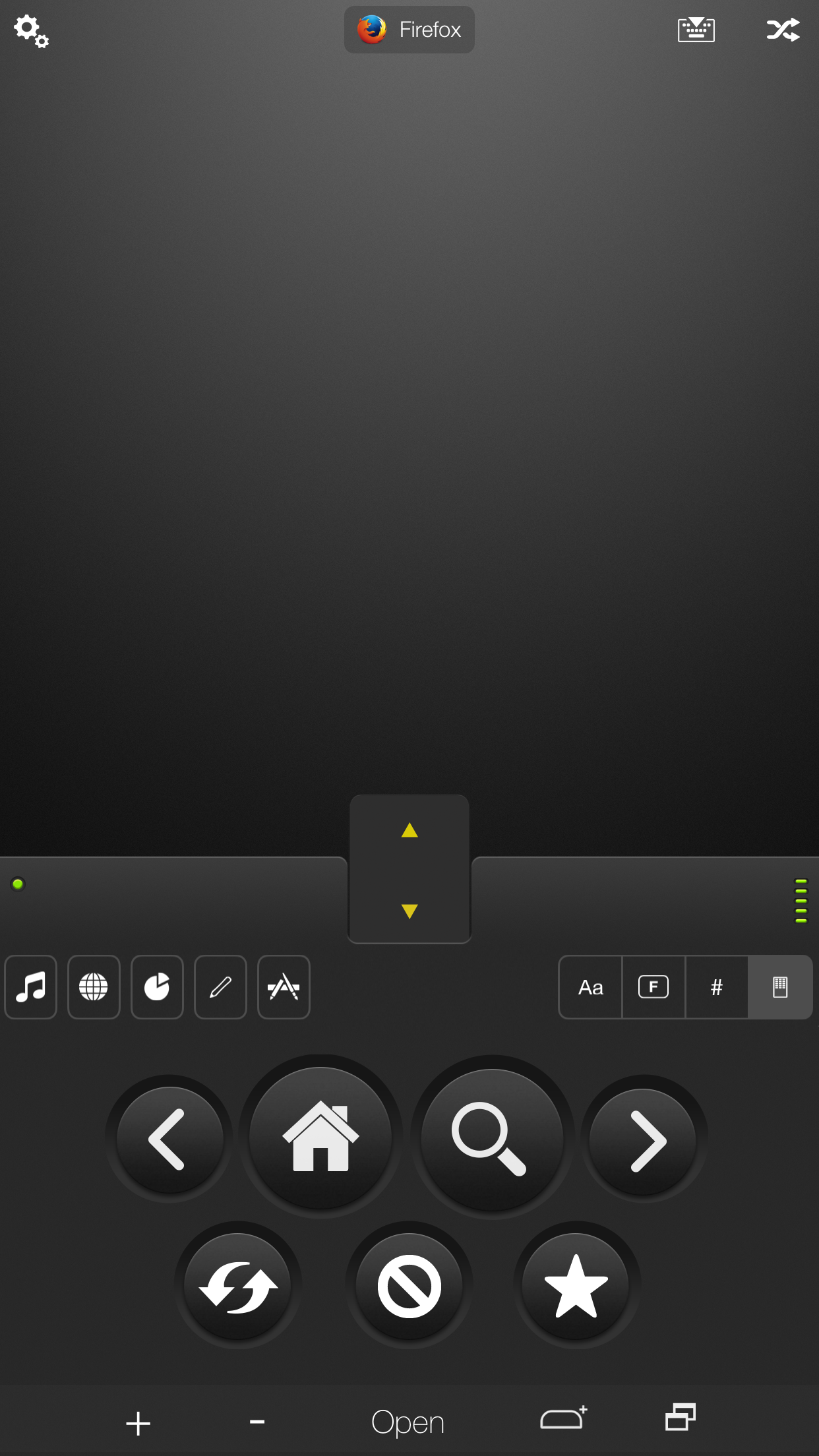 In web browser mode, you get a number of different buttons to control your web browsing experience on your computer right from your iOS device. This works great for when you’re using your computer with your TV screen and are sitting down on the couch rather than standing by your computer, which might be 13 feet away.

Among the things you can do with the web browser remote interface are:

Mobile Mouse Remote also includes functionality for presentations in the Keynote or Microsoft PowerPoint apps on your computer. This feature is available for an additional in-app purchase of $1.99, which is a slight bummer considering the app is already $1.99 to begin with, but it works pretty well. 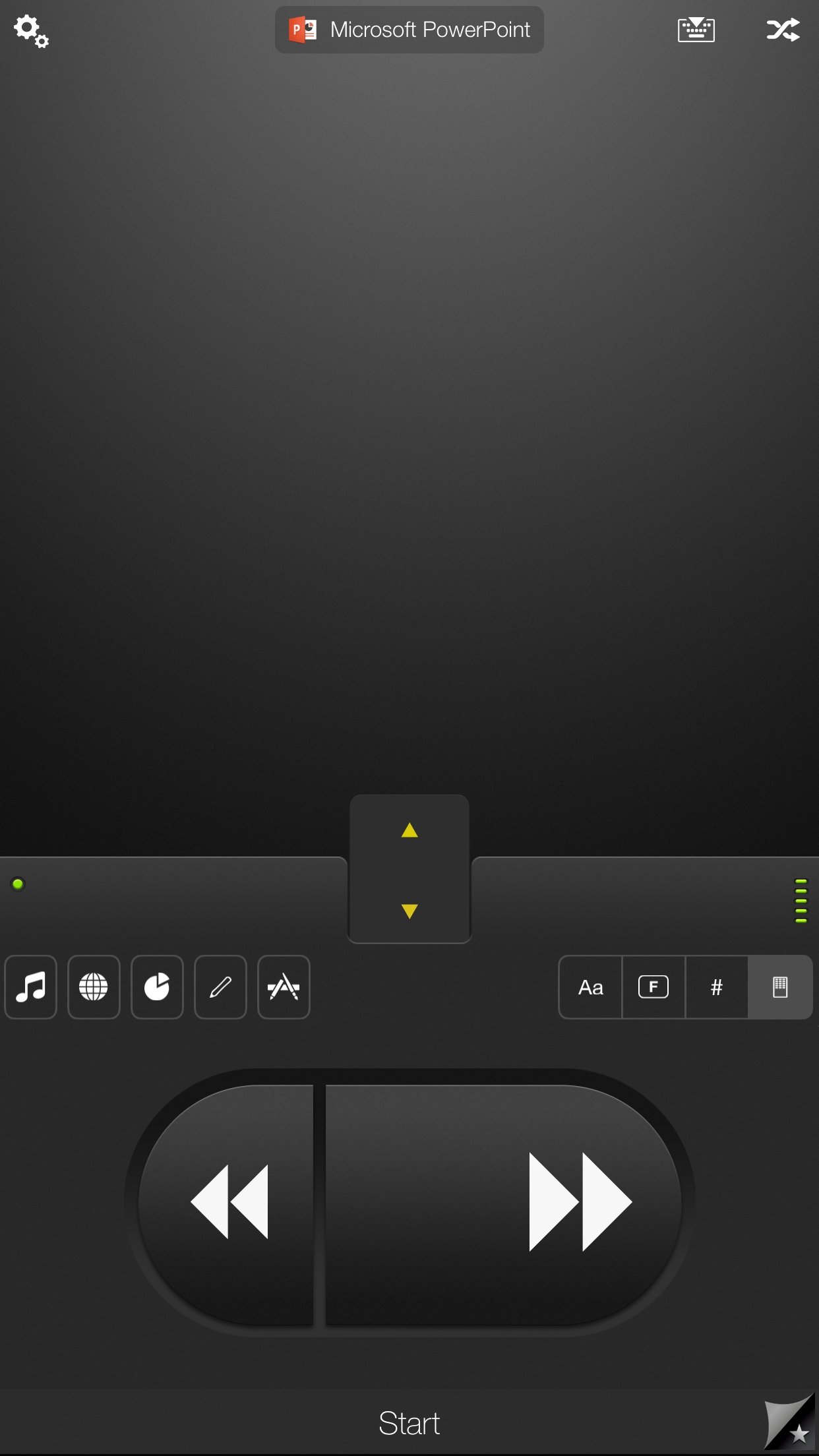 What you get here is a way to start and stop presentations, as well as a forward and back button. There’s not a whole lot to explain here, but it works great for both Apple’s and Microsoft’s presentation app solutions, so there’s no real compatibility issue here.

This will even work from the Apple Watch with the dedicated app for Apple Watches that lets you move back and forth between slides.

Mobile Mouse Remote also includes a remote drawing surface for drawing apps, which might include Photoshop, Illustrator, Sketchbook, Pixelmator, and many other apps. 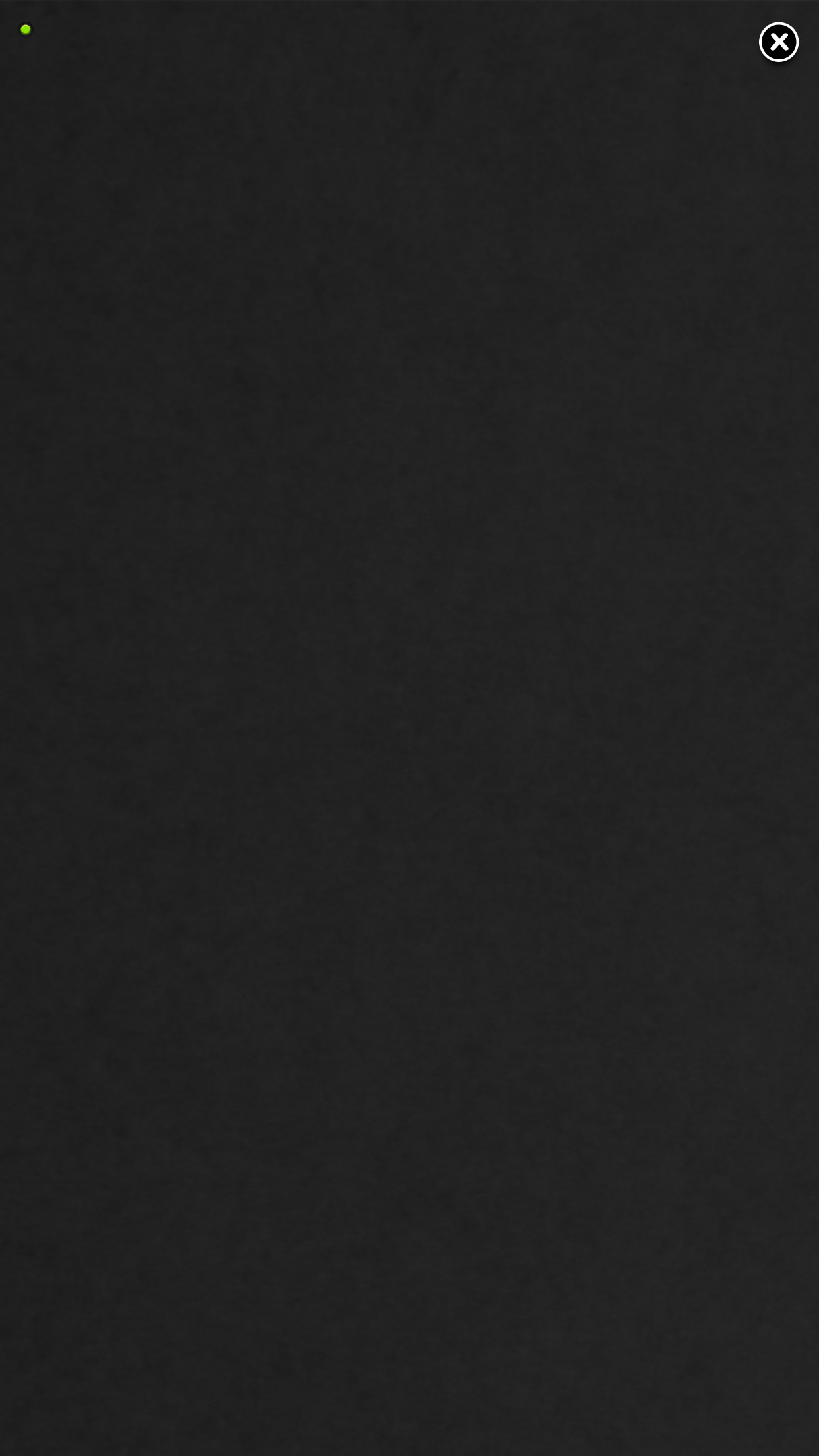 The interface here is plain. Instinctively, you should already know that the point of the drawing interface is for you to tap and drag so that your finger’s movement is tracked and displayed on your computer in real time.

It’s worth noting that the drawing interface is pressure sensitive on 3D Touch devices, which allows you to control your brush strokes with extreme detail.

Remote functionality for the Mac’s Dock

The final remote interface you’ll find in the Mobile Mouse Remote app is that of the Dock. You can easily launch any app from your Mac’s Dock here. 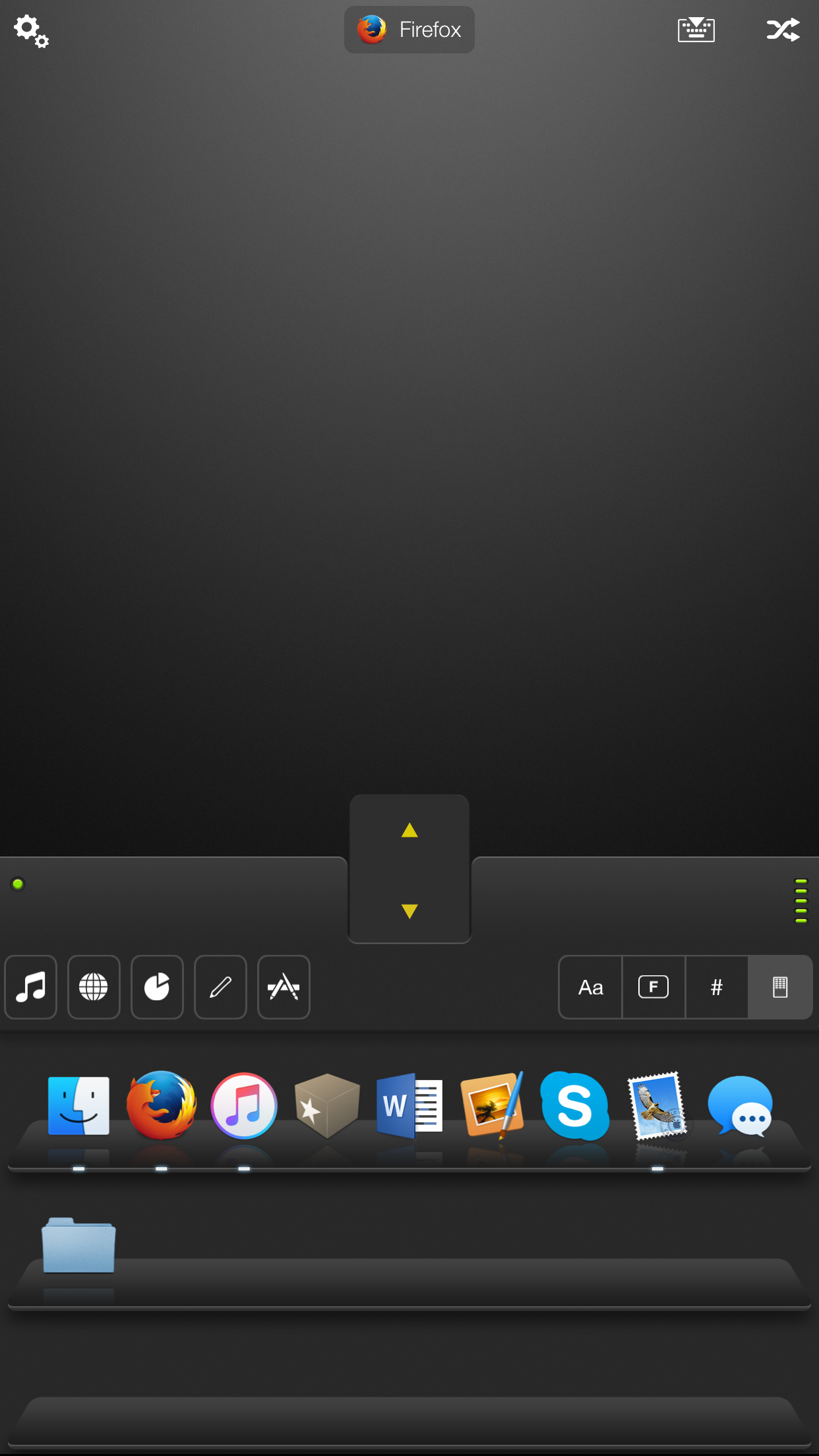 Moreover, you will be able to tap and hold on any running app from your dock to either hide or quit the app.

This is great for launching apps from afar, especially those that you can control with the other remote interfaces we explained above.

Overall, the idea of using your iOS device as a remote isn’t new, but Mobile Mouse Pro is a great all-in-one app that offers some of the most dynamic remote interfaces I’ve ever seen, and the various connection types you can use, as well as the other features in the app that will be of use to users make it a worthwhile stop in the App Store for $1.99.

Keep in mind, this app is not just a remote app, but also lets you use your iPhone as a mouse or trackpad, and even as a keyboard.

What are your thoughts on the remote functionality of Mobile Mouse Remote? Share in the comments!