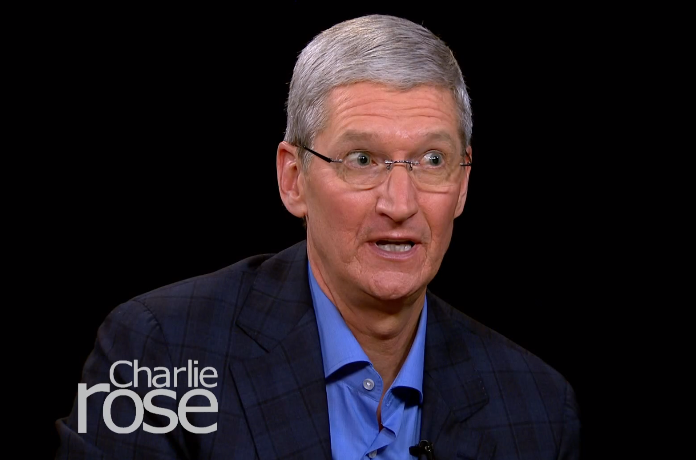 CBS journalist and television talk show host Charlie Rose interviewed Apple’s Tim Cook last December, but the complete video of the interview was behind the paywall up until recently.

Now, thanks to Hulu, you get to watch the whole 32-minute-long thing in your own time.

In the interview, Cook responds to wide-ranging questions, from what makes Apple Apple to whether the Apple Watch is his baby—even going as far as to suggest publicly how his company can improve its existing software and services.

Sharing his thoughts on Apple’s congressional tax hearing, which determined that it engaged in a “sophisticated scheme” to avoid taxes on foreign cash, Cook called it “total political crap” because “Apple pays every tax dollar we owe.”

Watch the full interview with Cook, embedded below.

Due to regional restrictions on Hulu, the video may not be available in your area. Just yesterday, Charlie Rose’s full-length interview with Apple’s design tzar Jony Ive was published on Hulu, too.

In it, Ive explained how you “have to reject reason to innovate,” shared his opinion on how Apple can stay hungry, talked about how Apple’s products are “the physical manifestation of a set of believes” and more.

That video even gave us a rare glimpse into Ive’s secret design lab on Apple’s campus and Apple’s refreshed design for its retail stores.