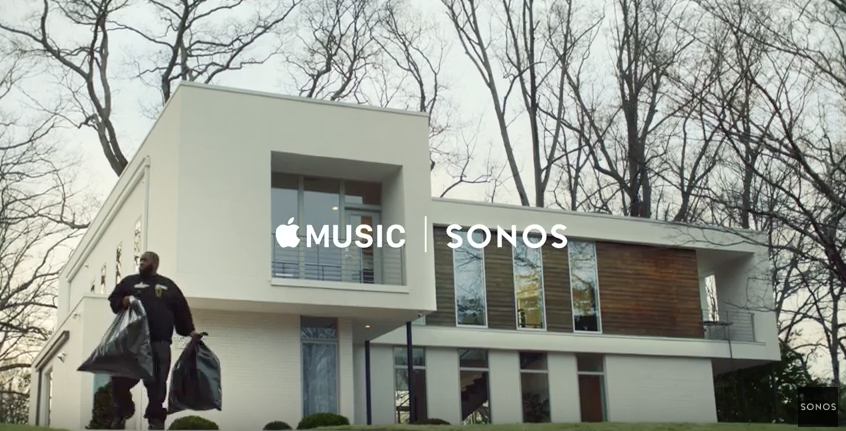 Apple Music and Sonos teamed up to release a new television spot on Monday night, promoting their recently-announced partnership. The ad, which debuted during the Grammy Music Awards, features products from both brands, as well as a handful of music stars.

We’ve embedded the ad below, but for a little context, the stars you see are Killer Mike, a hip-hop artist and part of the popular duo Run the Jewels; Matt Berninger, frontman for indie rock band The National; and Annie Clark, better known by her stage name St. Vincent.

Apple and Sonos announced last week that the music service and popular line of home speakers are now compatible. Users simply have to launch the Sonos companion app, select the option ‘Add Music Service,’ scroll down to Apple Music, and enter their credentials.