Why would Apple allow you to have more than one Apple Watch paired at the same time? Let’s consider the possible answers. 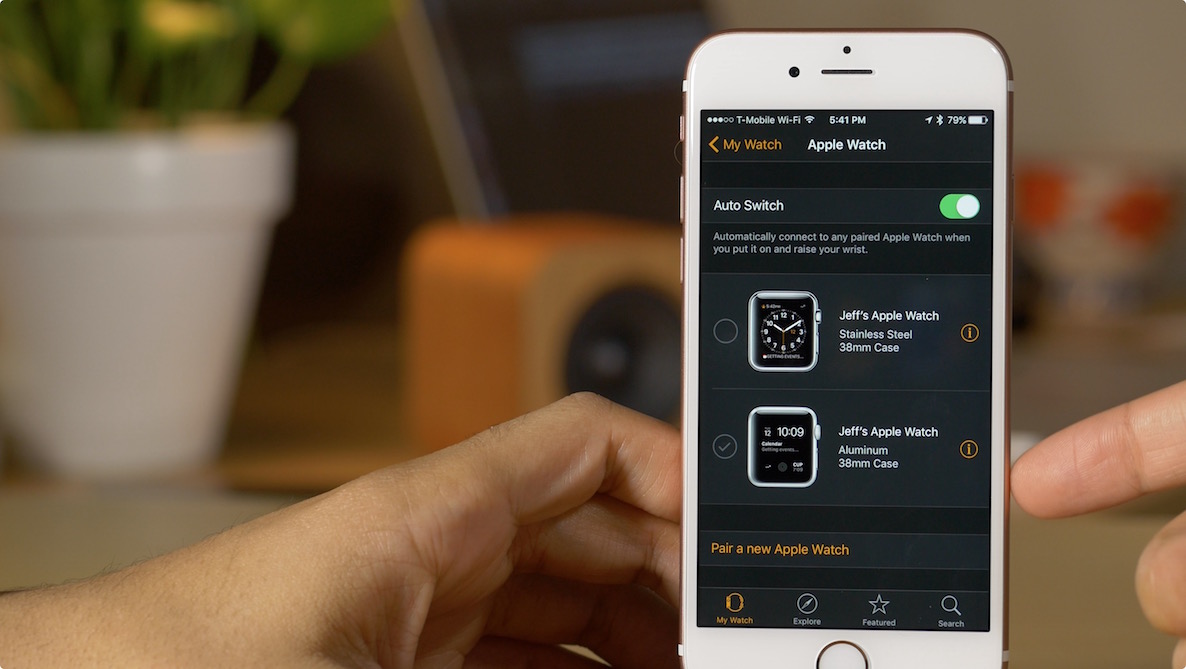 While you can have multiple Apple Watches paired, you can only use one at a time. In other words, when you wish to switch to a different Apple Watch, you must disconnect the previously connected watch.

Apple has a cool little mechanism in the Watch app called Auto Switch, which will intelligently switch to the Apple Watch that’s being used without requiring user interaction. Of course, it’s still possible to manually go in and change connections if you wish to do so. Watch our video above for an in-depth look at the whole switching process.

Why more than one Apple Watch?

That brings us to the big question: Why would Apple allow such a thing? It’s actually pretty simple. It’s for those of us who own more than one Apple Watch.

Why would anyone have more than one Apple Watch, you ask?

For the same reasons that people own more than one traditional wristwatch. Perhaps one is for fashion, another is for sports, another is because it goes with that loud outfit that your wife has tried to make you get rid of.

Another great reason is health and fitness tracking. Maybe you want to use your latest Apple Watch during the day, and charge it at night, and use an old Apple Watch for sleep tracking while you sleep.

Whatever the case may be, there are lots of reasons why someone would have more than one Apple Watch.

Every year Apple releases new Apple Watch models. So, if you buy a new pair for the latest & greatest features and pair it with your iPhone, having the ability to pair more than one watch doesn’t render your old Apple Watches useless or orphan without an iPhone.

Do you own more than one Apple Watch? What do you think about Apple’s decision to allow multiple Apple Watch pairings with a single iPhone? Did this post help clear up any misunderstandings? Drop me a line down below.