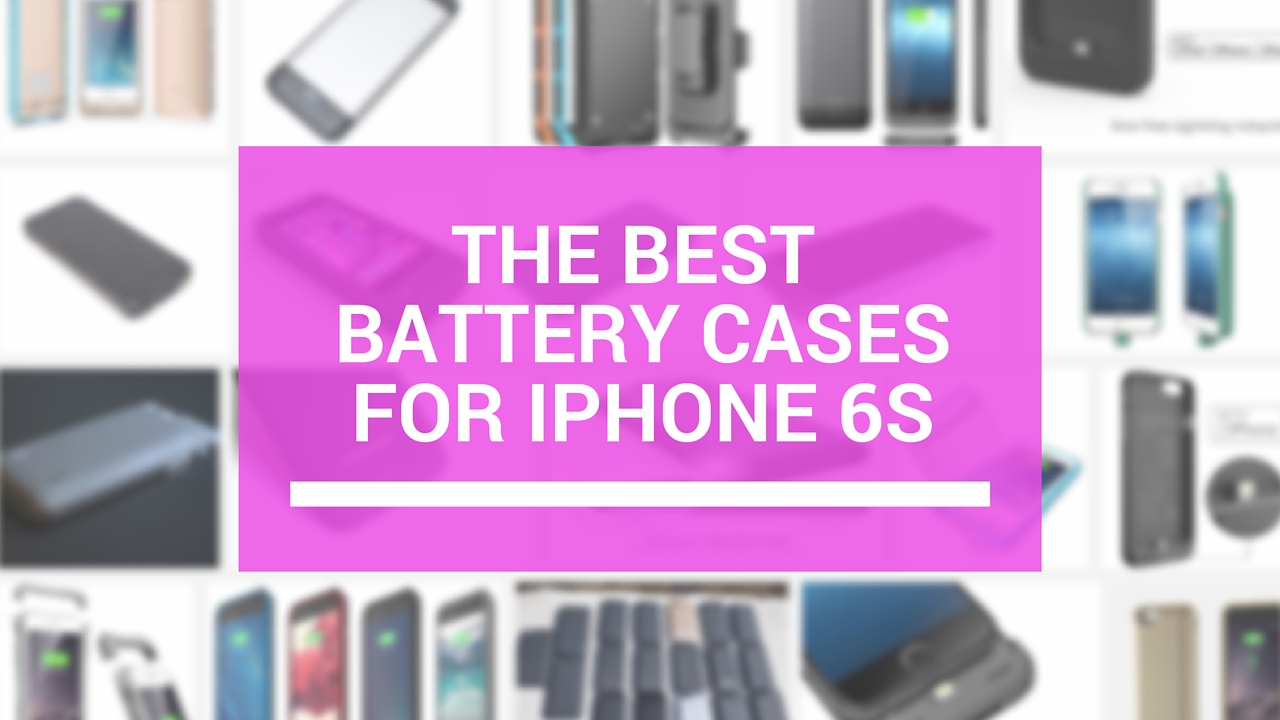 In addition to regularly providing you with accessory spotlight posts, we’ve also been rounding up the accessories we showcase, so you can easily run through the list without having to search our database.

Today, the accessory spotlight list covers external battery cases that have a high consumer rating and are very popular with iPhone 6s owners. If you don’t see your favorite iPhone 6s battery case, include it in the comments below. 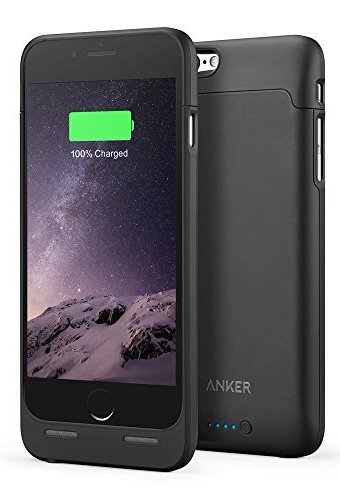 Anker’s Ultra Slim battery case is one of the thinnest on the market, at 13mm thick (though not as thin as Spider’s PowerShadow). It is also fairly lightweight as battery cases go, adding less than three ounces to the weight of your device. The 2,850 mAh battery can increase your usage as much as 120 percent. It is a two-piece case with a matte exterior for added grip. It is MFi certified and has a 3.5mm jack adapter so you don’t have to worry about whether your headphone jack will fit. It is available on Amazon for $43. 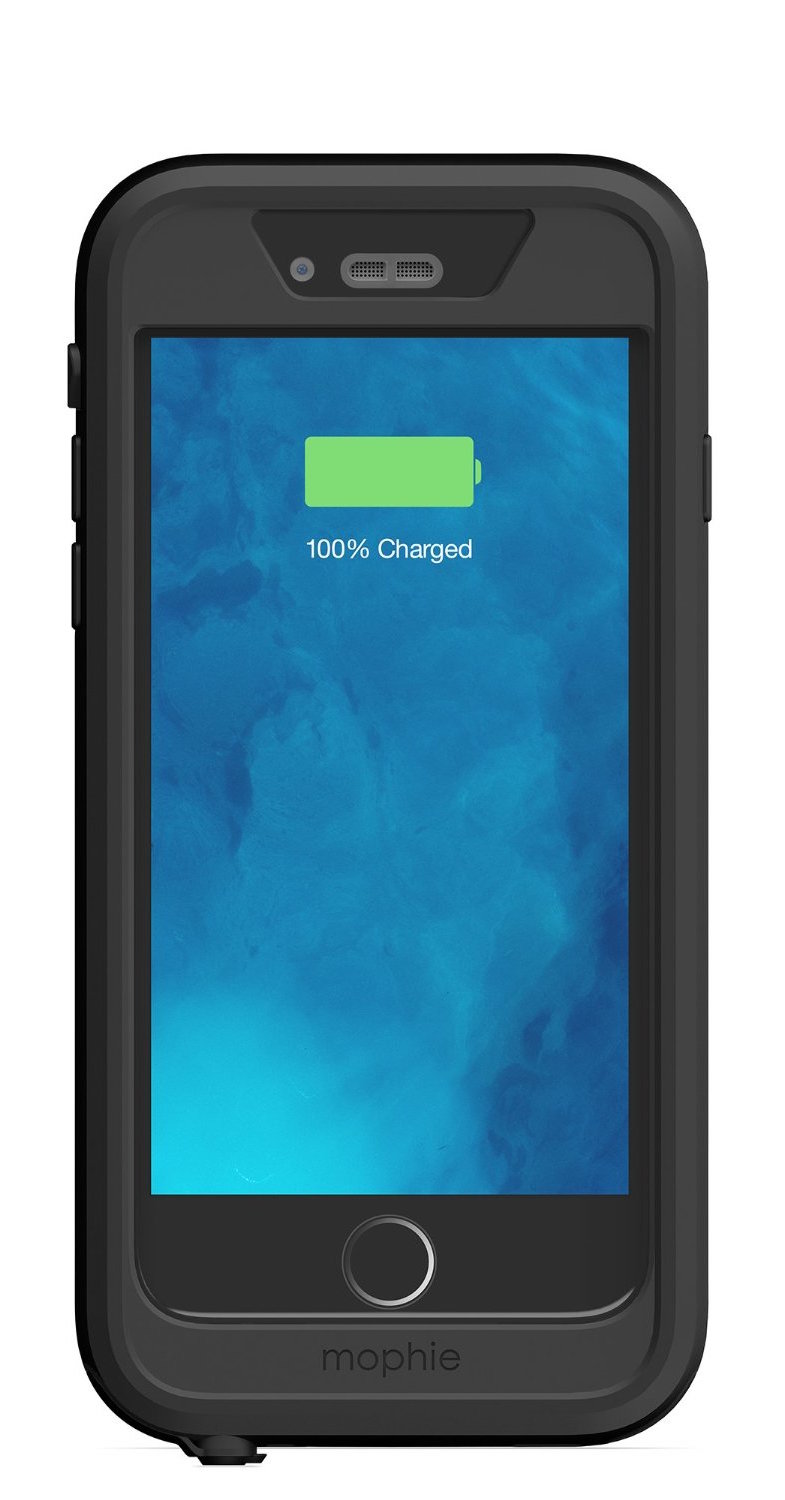 Mophie is probably the most popular battery case maker, and earlier this year, the company launched its first every waterproof case. The 2,750 mAh rechargeable battery provides double the juice of the iPhone 6s. It also features a pass-through charge and sync system (though the company does not claim it is MFi certified), so you can sync data with your computer while the case recharges. Its waterproof rating is IP-68 and it also has a Military Standards grade of 810G. It comes in black, white, and blue and is available on Amazon for between $97 and $130, depending on your color choice. 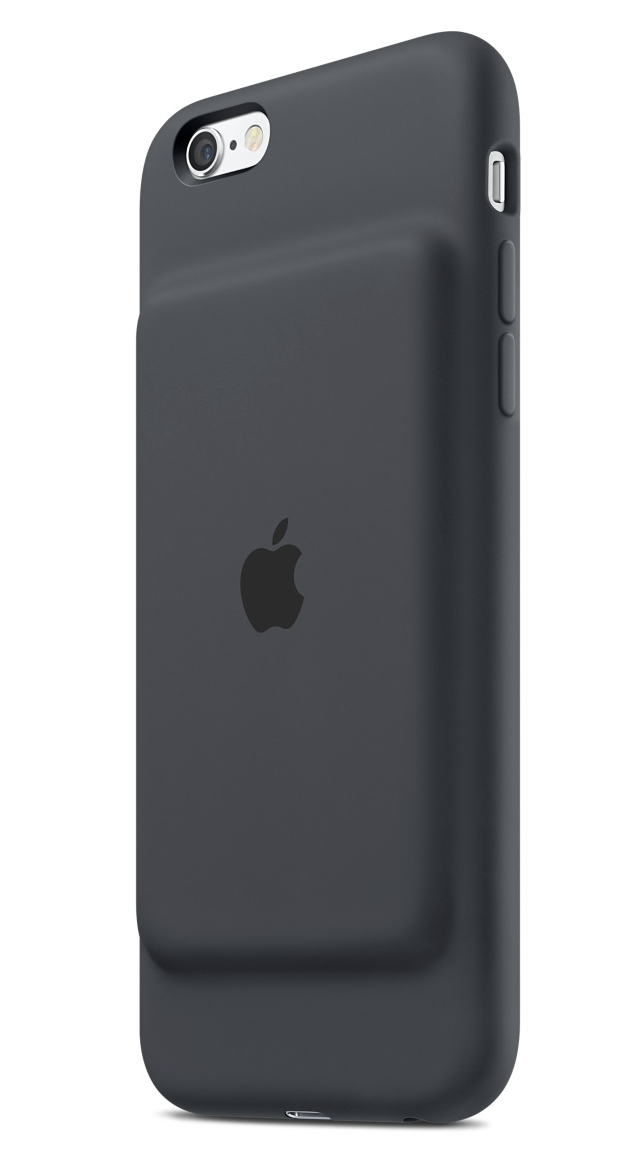 We would be remiss if we didn’t include Apple’s very own battery case. This year, the company launched the accessory, much to our surprise (and to some of our chagrin). The unusual design of the Smart Battery Case may have been a turn-off for some of us, but as Jeff Benjamin noted in his one-month later review, the benefit of that back hump is that it has ergonomic value. The battery capacity may seem small at only 1,877 mAh (as discovered by iFixit), but it can provide as much as 11 hours of extra talk and eight hours of extra web browsing to your iPhone 6s. The case itself is made from soft elastomer for ease of use, but it has an added benefit of providing extra grip. It comes in charcoal gray or white and is available at Apple retail stores for $99. 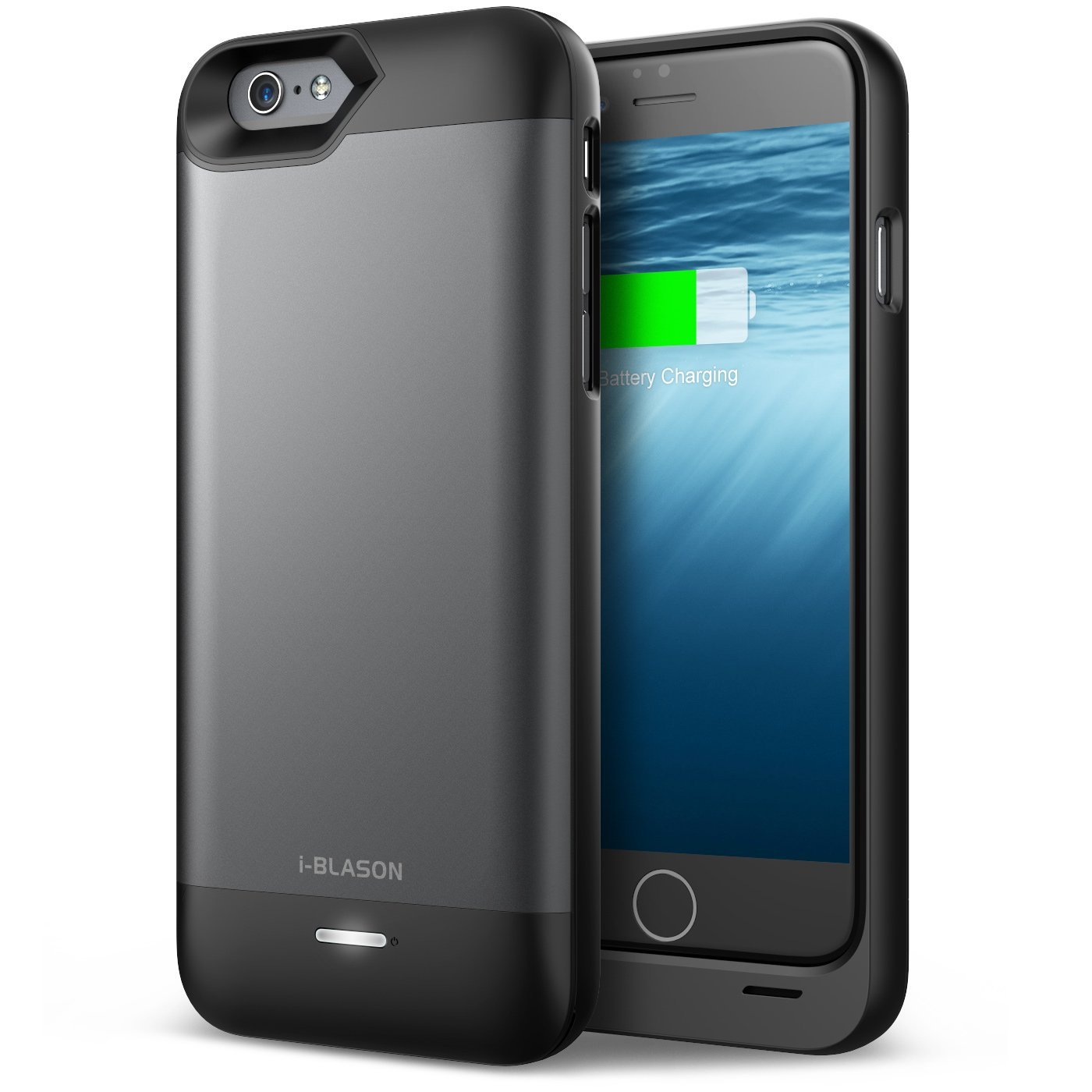 This two-piece case by i-Blason is made from polycarbonate with a rubberized anti-slip coating. It houses a 3,200 mAh rechargeable battery with a charging on/ off button. If you are done charging your iPhone, but want to reserve what is left of the battery pack for a later time, switch it off so it won’t continue charging as your battery drains. It is MFi certified to properly charge and can be connected to your computer (with the case on) to sync your data over iTunes. It is available on Amazon in a variety of colors for between $60 and $70. There is also a version for the iPhone 6s Plus for between $70 and $80. 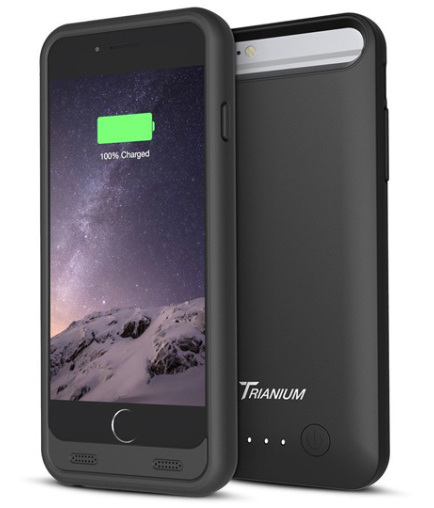 Tranium’s battery charger case is made from polycarbonate as well. Its 3,100 mAh battery can add as much as 14 hours of talk or 10 hours of Internet browsing. It has shock resistant bumpers around the entire perimeter for additional drop protection. The front-facing speakers add a nice audio touch. The LED indicator lights on the back let you know how much juice the pack has left. The button on the backside lets you turn the charging feature on and off. It is available on Amazon for between $50 and $60, depending on your color preference. There is also a version for the iPhone 6s Plus for $60. 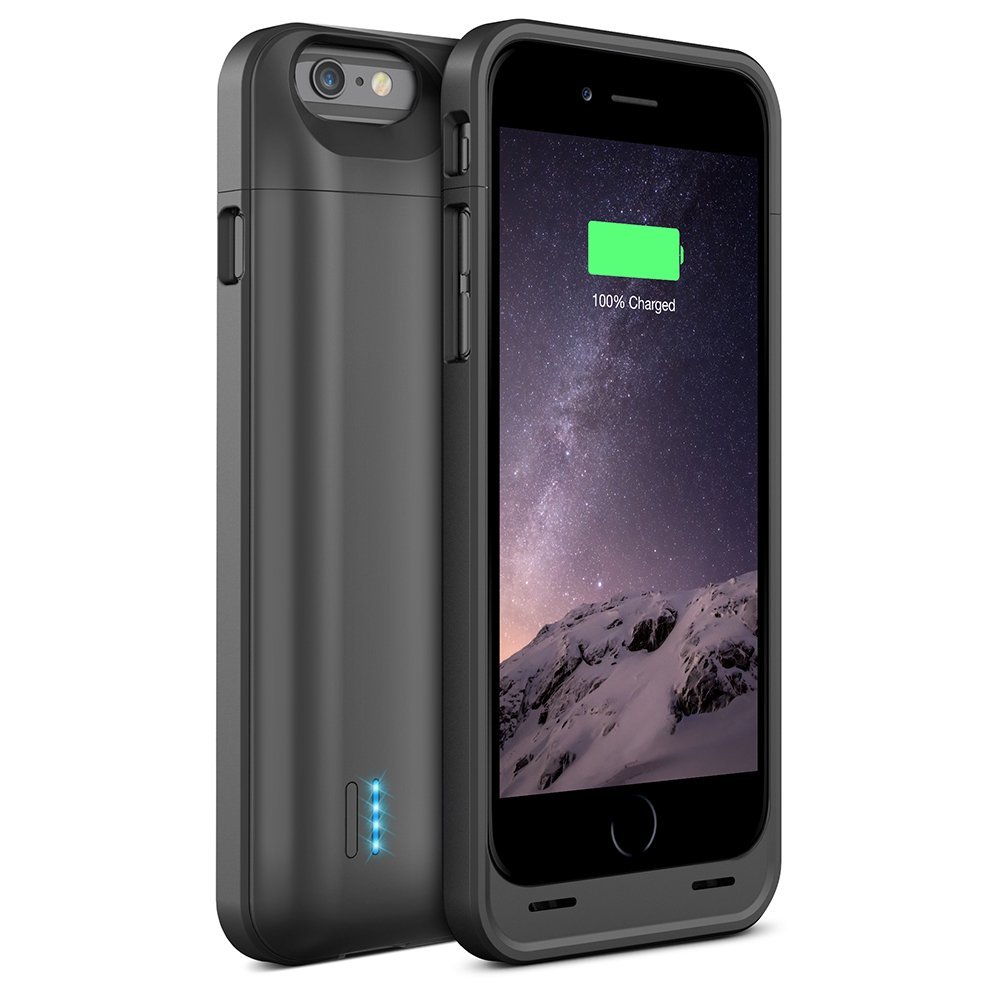 This two-piece polycarbonate case has a thin design, but is made with protection in mind. The case covers all ports and buttons and features a raised lip on the front to protect from screen damage when your iPhone 6s lays flat. The 3,000 mAh rechargeable battery can juice up your device from zero to 100 across four or five hours, but you can use it the entire time. It is MFi certified and has a one-year warranty. You can sync your device to your computer while the case is still on. It comes in a variety of colors and is available on Amazon for between $50 and $70. There is a version for the iPhone 6s Plus for $70. 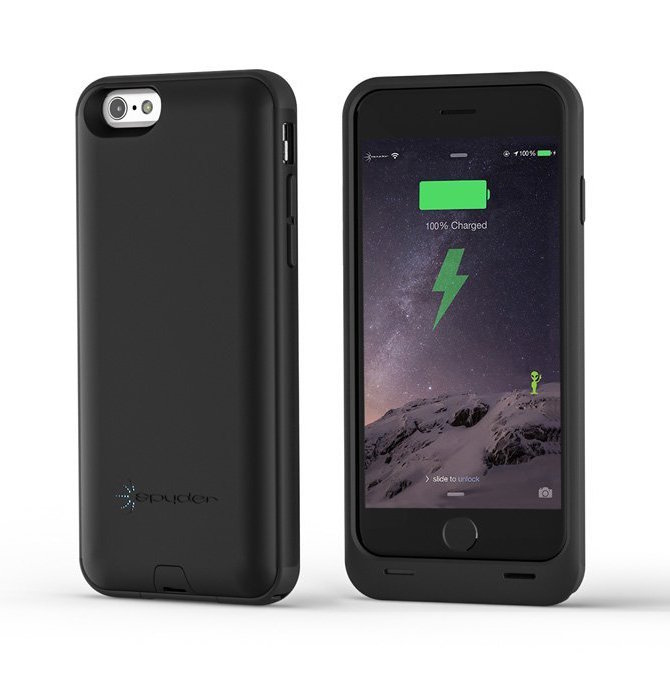 Spyder’s version of the battery charger case is made from the same sturdy polycarbonate that the rest of them. This version is coated with an antimicrobial “Silver Seal” coating. It is unique because of its relative thinness. It measures only 12.5mm thick. The rechargeable battery is weaker than the others at only 2,750 mAh, which might be the reason. However, if thinness trumps extended usage in your life, this case may be what you need. It still manages to provide as much as eight additional hours of talk. It comes in a variety of colors and is available on Amazon for $100. 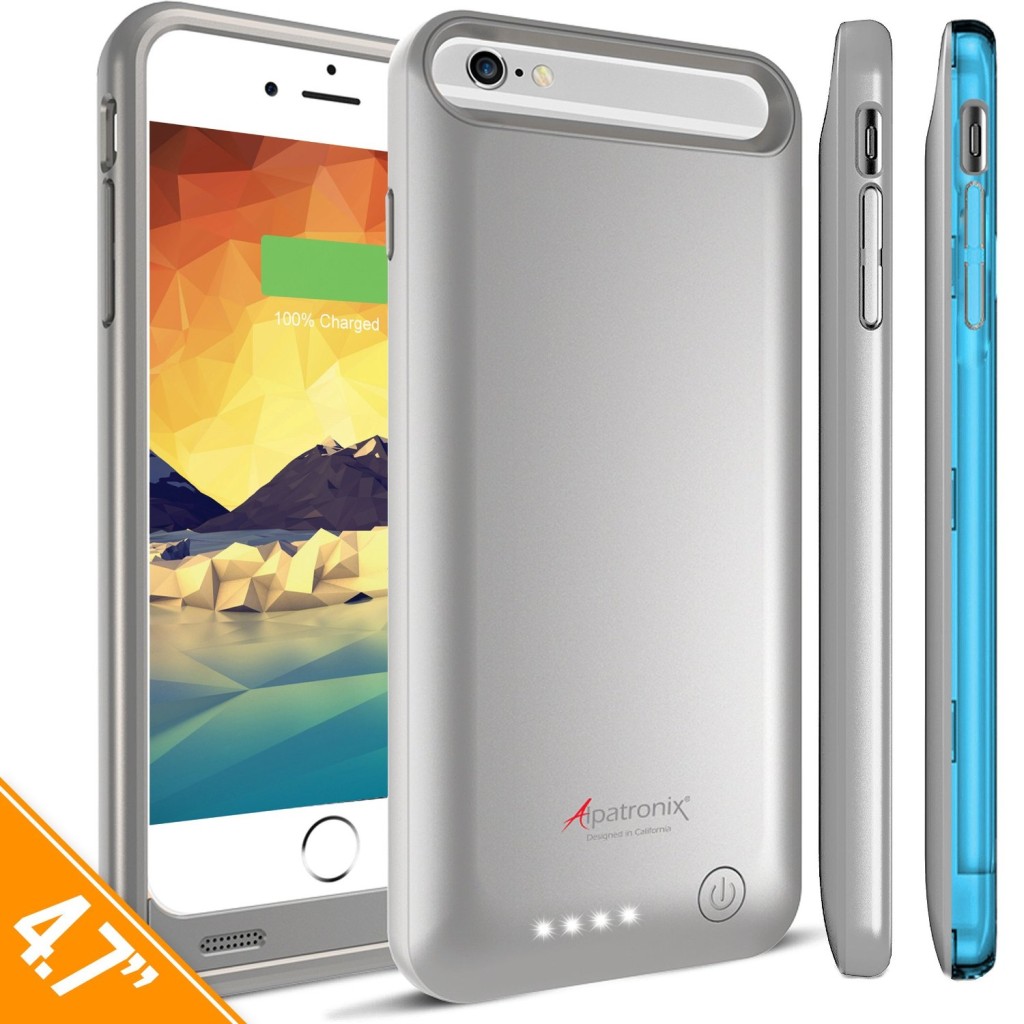 This powerful charging case doubles as a rugged case thanks to the four removable bumpers, which provide drop protection on the corners. The 3,100 mAh battery quickly juices up your iPhone 6s and automatically shuts off once it is fully charged. It is MFi certified, so you can sync data on your computer via iTunes while the case is still on. It also comes with a special 3.5mm pass-through adapter that makes it possible for you to fit any sized headphone into the jack. It is available in a variety of colors for as low as $35 on Amazon. There is also a version for the iPhone 6s Plus for only $45.

Did we leave off your favorite battery charger case? Add it to the comments section.

Check out our other accessory roundups