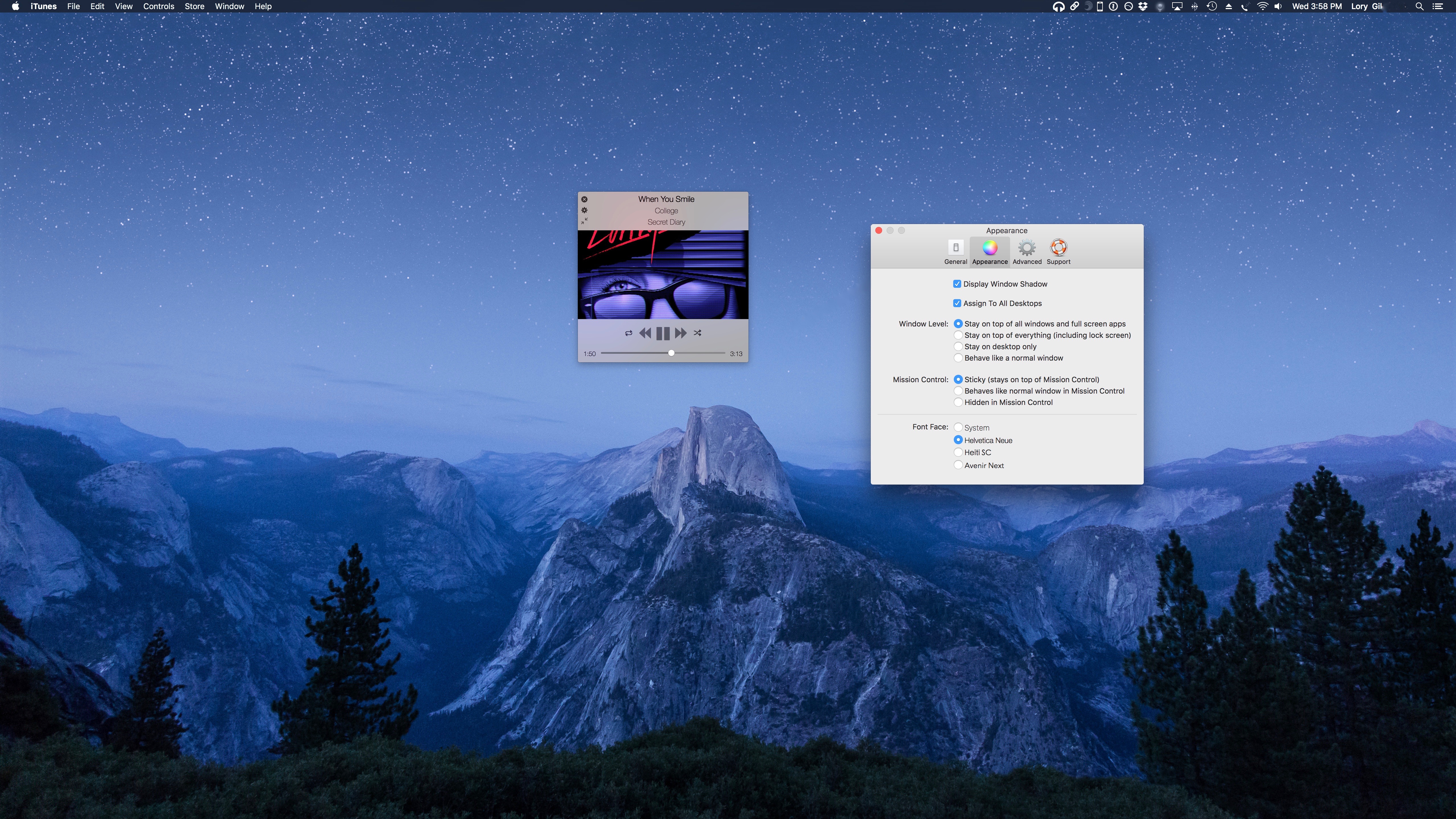 When you are blasting beats on your Mac, sometimes it is helpful to have easy access to playback features right on your desktop without having to open the root music player. It is also nice to be able to see the name of the song and artist that is currently playing at a glance.

Controller is a mini player for Mac that works with iTunes and Spotify to display the current track and provide playback controls. We’ve got a hands-on app review of Controller for you below.

Controller is a mini player, similar to Apple’s iTunes Visualizer window, only with album artwork on display instead of a stream of abstract images. This particular mini player also works with Spotify without having to take any action when you switch between music services.

One feature that makes this mini player stand out in the crowd is that it can be set to remain on top of everything on your desktop and even on your Mac’s Lock Screen, where you can use the playback controls

The app displays a small, square window on your desktop with album artwork. It measures about three inches squared at its largest and can be shrunk down to about an inch-and-a-half squared.

You can get the window even smaller by clicking the reduce window icon. This switches from the square album view to a tiny tab-style info window, which has a tiny album art thumbnail displayed next to the name of the song and artist with the track time right below.

The settings section provides a lot of window customization options, including shadows, dark or light themes, and fonts. 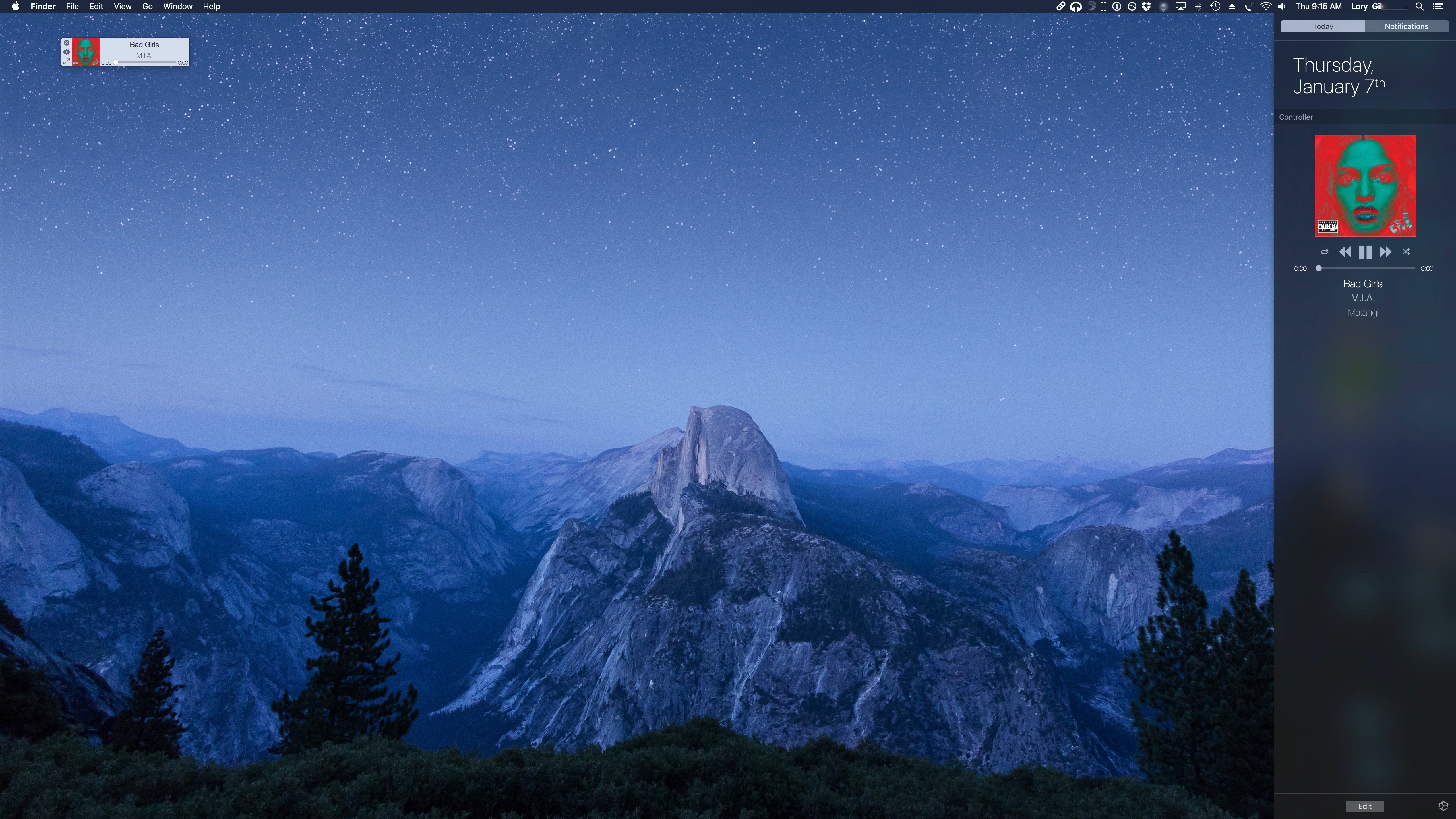 A mini player that doesn’t get in the way

To begin using Controller, simply open the app. It automatically connects to both iTunes and the Spotify desktop app. As soon as you play a song, the mini player will appear.

If you want to pause, repeat, or skip a song, hover over the mini player window and click on the button. You can fast forward by holding down the skip button, or scrub around a song by dragging the track time bar.

If you switch from iTunes to Spotify, or vice-versa, the app will automatically detect the change over and update the window with the new album and track info.

In the settings section, you can customize how you want Controller to act. You can treat the window as a normal item on your desktop, allowing other windows to cover it, or you can have it stay on top of everything.

Normally, I wouldn’t want my music controller to sit on top of all of my windows because it gets in the way while I am working. However, because I can scrunch down the window to a very small tab-like display, I can keep it on top of all windows and it doesn’t affect my productivity.

If you assign the window to stay on top of everything, including the Lock screen, you’ll be able to control your music playback on your Mac, even with the Lock screen activated. So, set your playlist and walk away. If you want to skip a song, simply wake up your screen and click the button. You don’t have to log back into your computer.

If you don’t want to have the mini player window on your desktop at all, but still want easy access to playback controls. You can add the widget to Notification Center. Similar to the mini player window, you can see album artwork, song title and artist, as well as the track time. You can customize the widget display to show artwork large or small, or switch to the tab-style view.

The app is supposed to automatically download and display artwork from the Internet when it isn’t already available in iTunes. However, I was unsuccessful at getting that feature to work. 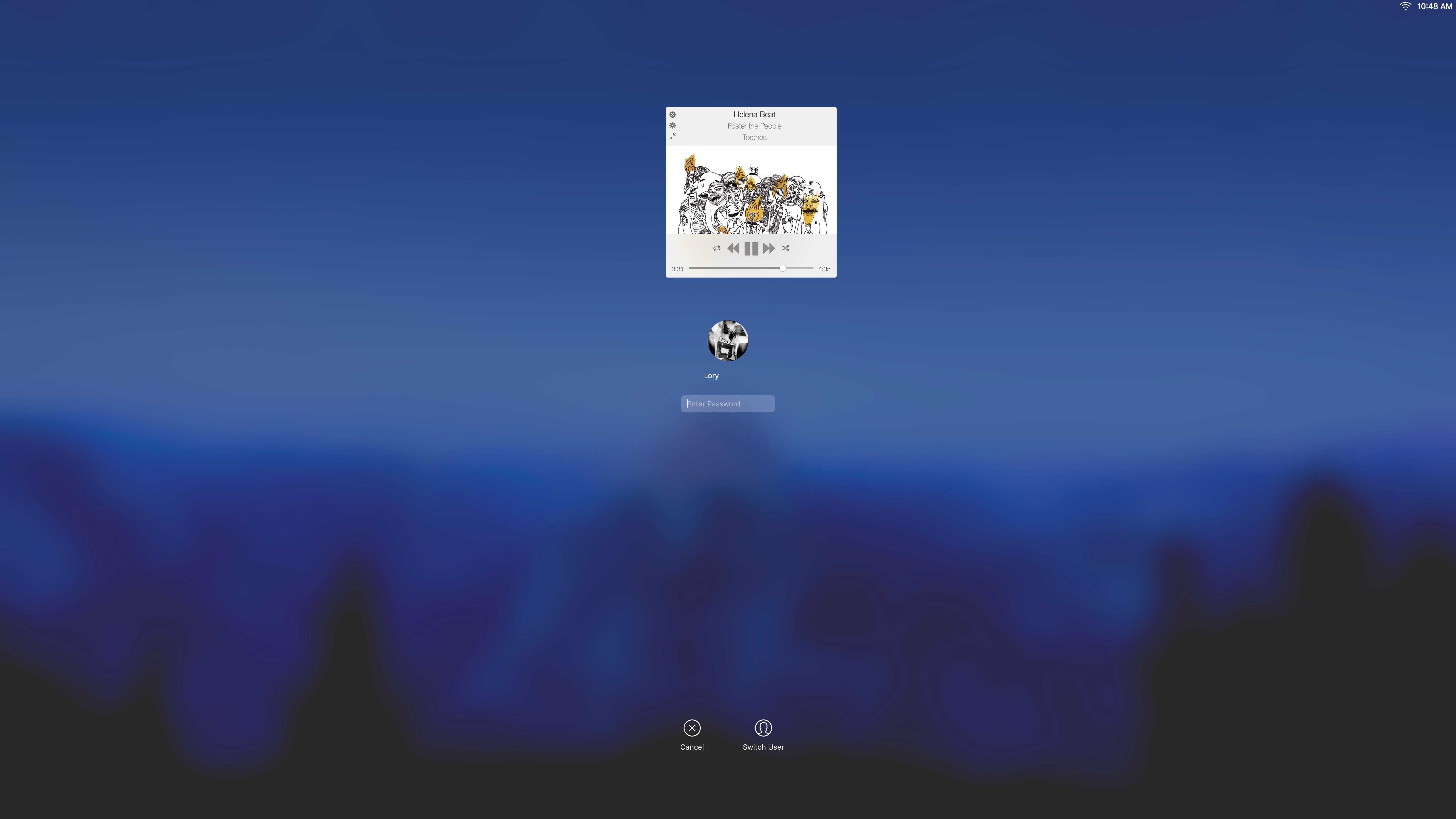 My favorite feature of this app is that the mini player can be set to your Lock screen. I love being able to access playback features without having to log back into my computer. The track listing information is also available, so if I want to know the name of a song, it is right on my Lock screen.

Two important features that this app is supposed to have, artwork grab and song change notification, don’t work. Hopefully the developer will provide an update with a fix.

Unfortunately, the mini player window doesn’t work with Apple Music. If you are streaming from the “For You” or “New” music section in iTunes, there is no artwork, track title, or artist. You can still control playback, but the display is blank. Lately, I use Apple Music about 90 percent of my digital listening time. So, this is a big let down for me.

Controller costs $1.99, which is a very reasonable price for a music player on the Mac. It looks good and has a lot of great customization features. Being able to switch between iTunes and Spotify without having to take any action is really nice. Setting the mini player to the Lock screen is invaluable.

This is a good start for, potentially, a great app. However, it is painfully rough around the edges and missing some important features. It needs a bit more time to “bake in the oven” before it can be considered finished. I recommend adding this app to your wish list and coming back to it when it has been updated with a fix for the features that don’t work, as well as the addition of Apple Music support. You can download it in the Mac App Store here.

Simplify for Mac is still my favorite music player. Spotify4Me puts a mini player for Spotify in your Mac’s Notification Center.

What do you think of this desktop mini player? Let us know in the comments below.